HANNIBAL ELECTOR: On love and marriage 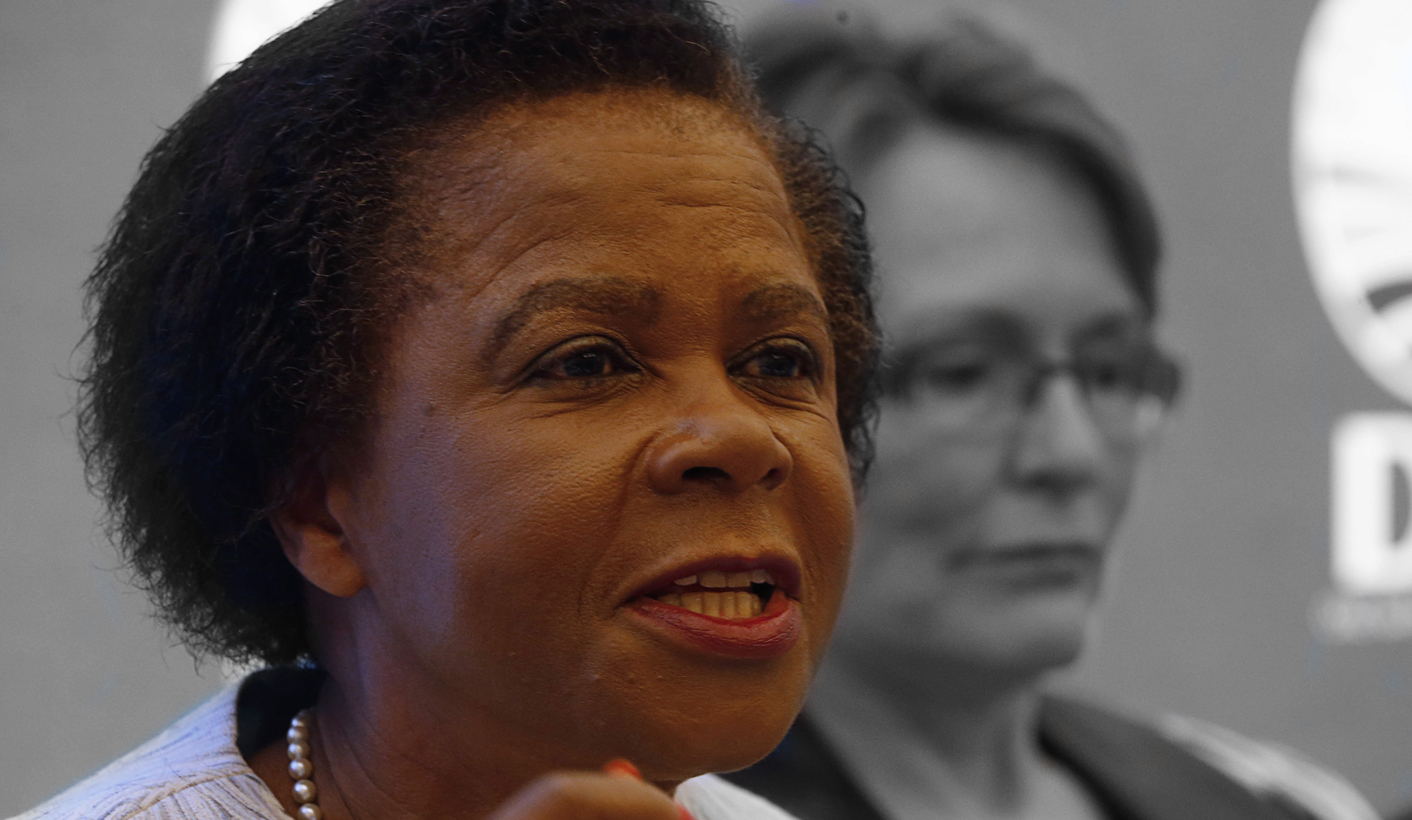 For the first time in my life, I woke up on Friday morning with no idea how to pronounce my own name. While there’s no trick to “Richard”, at least not as far as an English speaker is concerned, when it comes to my surname, all bets are off. This realisation set off one of those downward spirals that ends in a bout of Wittgenstein-ian gloom, and a loss of a sense of self that will not easily be regained.

What brought about this existential ague? Over the course of the last week, South Africa learned that there are infinite ways to pronounce “Mamphela Ramphele”—few of them phonetic, none of them intuitive. Every morning, Ramphele apparently wakes up and tweaks her identity—renews herself, cleanses her chi—by changing how she pronounces her first and last names. In keeping with the steadfastness for which she has become known and loved, she expects those who encounter her to anticipate what she is calling herself prior to revealing it to the rest of the world. Because her name contains six syllables, there are dozens of possible permutations, so much so that she has, I’m told, become a drinking game: play a YouTube clip of Ramphele in an interview, and guess where she’s going to put the accent. Get it wrong—chug!

In a country with eleven official languages and a hundred-odd ethnicities, you’d figure we’d make it easy on each other by at least sticking to our guns on how we pronounce our own names. But nah.

Keep the people on their toes.

And so Ramphele (in my head, I’m thinking “Ramfeeeler”, because you never know) has once again proved herself to be a vast liability for those foolish enough to place their trust in her. It’s hard to think of a person in her circle that she hasn’t screwed over in the last seven days, the carnage smeared across the Great Liberal Highway like a 74-car pile-up in a Johannesburg hailstorm.

Remember just one year ago, when the First Coming of Ramfeeler was meant to be the fertiliser a scorched and weatherworn South African political landscape needed to once again sprout verdant Madiba-ish shoots? Very few commentators bothered with any due diligence on the dowager-in-waiting’s recent career moves, which left her with a resume that looked like Freddy Krueger’s childhood doodles. Nonetheless, such was the desperation that her faults were dressed up as virtues, and her enablers—the Moeletsi Mbekis of the world—nudged her towards the place she was least qualified to be.

This, then, is the cat the DA chose to “head” them into the coming election.

Here’s an excellent example of bad political strategy: merge first, ask questions later. I guess this was the logic regarding the Democratic Alliance absorbing/acquiring/coalition-ing/inhaling/endlessly-talking-with Agang. For all the rumours and insiders’ reports of a lengthy discussion process, the happy couple appeared to have forgotten the five key maxims to a mildly healthy marriage:

Second, it helps to establish who’s going to be wearing the pants around the household.

Third, marry for love, not money.

Fourth, when eloping, it’s best to anticipate much Montague/Capulet hate from the respective families.

Fifth, marry for love, not colour.

It’s this last maxim that makes the DAgang nonsense so upsetting; that properly emphasises the disgrace. The Democratic Alliance, for all its manifold faults and shortcomings, is a functioning political entity, with thousands of hardworking employees and volunteers working together to provide an alternative to a ruling party that has all but forfeited its duty to govern. Each and every one of the DA faithful has been disrespected by a leader who was fishing for the perfect foil—who wasn’t able to stay the course without gambling on her party’s credibility.

As for Ramphele, after having been so lustily courted over the course of the past year and then spurning her suitor with such chutzpah, its worth wondering if she isn’t an ANC plant, expertly wielded in order to make the official opposition look like a high school band in the throes of a break-up. The tragedy is, of course, that in order to court the black vote, Zille believed that she needed a black leader with lots of liberal bona fides. Maybe she did. But maybe she didn’t. The fact remains that this kind of thinking is a vast insult to the intelligence of her own base—a number of whom aren’t white—and a sad indictment on how far we’ve come.

Was the DA ever really going to run this country? Hell no. Could they have provided principled opposition to the kleptocrats for decades to come? Certainly.

As for the rest of us baffled souls, we’re left alone in the mess of an unfolding election drama, wondering whether the names we’ve used for our entire lives are indeed our names, or if we’re mispronouncing our own identities.

South Africa: a country where one builds the Self, and a political brand, on quicksand. And watches it all sink into oblivion, sealed with a kiss. DM