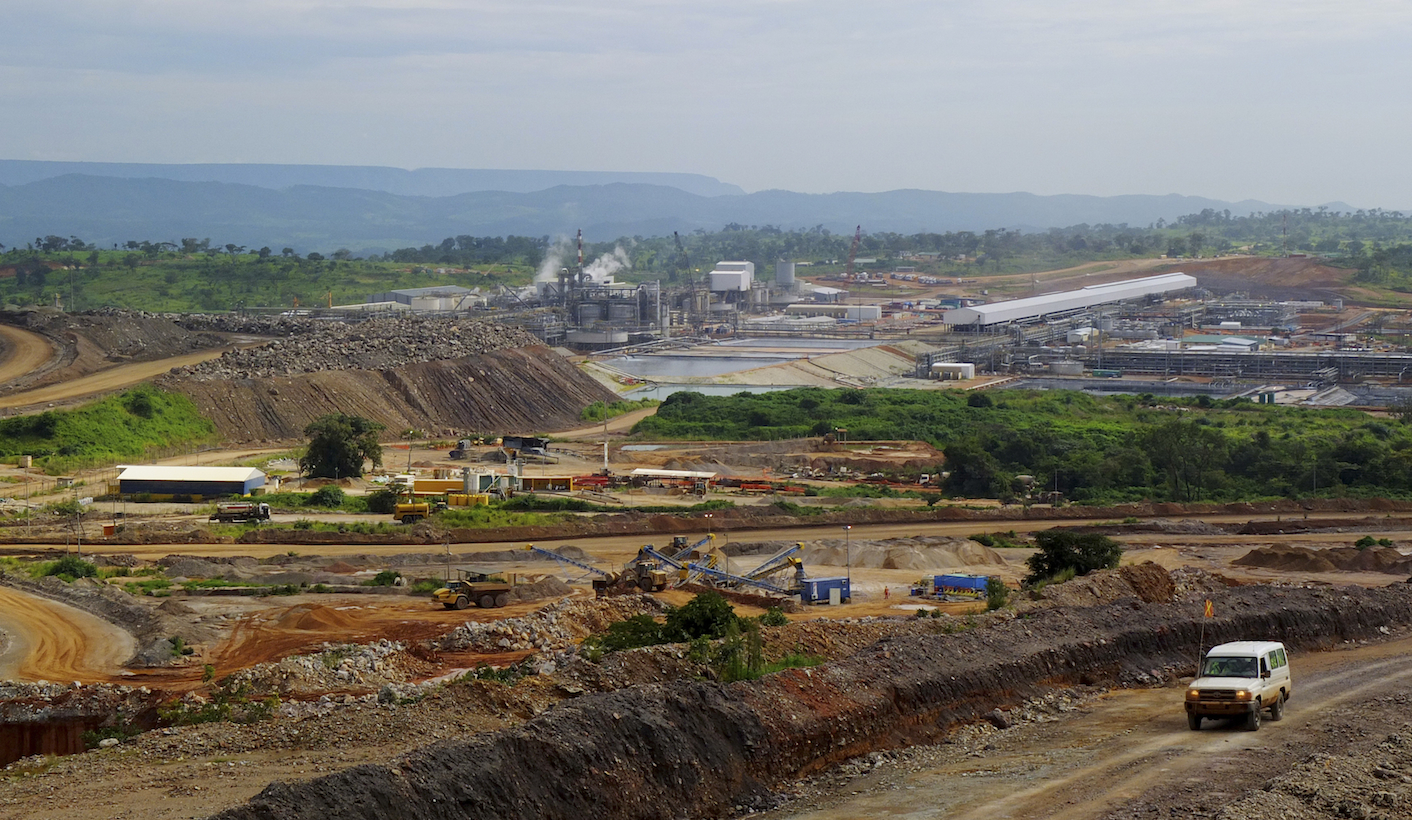 Just months after celebrating victory over rebels in the eastern DRC, the United Nations is warning that the resource-rich southern province of Katanga is on the brink of a ‘humanitarian catastrophe’. To blame is yet another rebel movement, which flourished while everyone’s attention was elsewhere. The head of the UN mission admitted feeling guilty, but the truth is that no one can solve all of the country’s problems at once. By SIMON ALLISON.

It’s easy to forget just how big the Democratic Republic of Congo is. It is the 11th largest country in the world, and, by quite some distance, the largest country in sub-Saharan Africa. On the continent as a whole, it’s behind only Algeria, which is mostly desert anyway.

From the capital Kinshasa, the government is expected to rule over more than 2.3 million square kilometres of land (South Africa is just 1.2 million). It’s an enormous job for any administration. For the government of President Joseph Kabila – poor, corrupt and self-interested – it’s an impossible ask.

Similarly, for the United Nations peacekeeping mission in the DRC (Monusco), the country’s size dwarfs its ability to help. Last year, Monusco and its new Force Intervention Brigade earned widespread plaudits for taking on and defeating the M23 rebels in the Kivus, in the east. It was a rare success story for the 19,815 soldier strong mission, which has been active in the DRC in various forms since 1999.

But while the blue hats were off doing their thing in the Kivus, thousands of kilometres away other problems were brewing – and Monusco simply did not have the necessary resources to do anything, as mission head Martin Kobler admitted this week.

The current crisis began in April last year, when 440 fighters of the Mai-Mai Bakata Katanga (‘dividers of Katanga’ in Kiswahili) occupied Lubumbashi. As well as being the capital of the province, Lubumbashi is the DRC’s second-largest city, and its most prosperous – it is the hub for all the copper and cobalt mining operations in southern Katanga.

According to a Think Africa Press report at the time, the fighters entered the city with no resistance from the security forces, and no protest from the population. Their goal: a Katanga that is independent from the rest of the DRC.

“By raising the flag of the state of Katanga (independent from 1960-1963) on Moïse Tshombe Square in the centre of Lubumbashi, the Mai-Mai Bakata Katanga group performed a powerful symbolic act. Katangan separatism has haunted Congolese politics since Congolese independence in June 1960. The province is the country’s economic crown jewel, as industrial mining activities are concentrated there…the Congolese government neglected the Mai-Mai threat in central Katanga for months, revealing its indifference towards protecting its population.”

Eventually, the fighers were persuaded to surrender, and Lubumbashi returned to business as usual. But the Mai-Mai Bakata Katanga did not disappear, launching what they described as an armed campaign against the government.

Their grievances aren’t hard to understand. Katanga is a rich province, generating millions of dollars for the mining companies who maintain a presence there and the Kinshasa-based government that skims off a hefty tax. This wealth, however, has not translated into better living standards for most of the province’s population.

An even more pressing issue is President Kabila’s plans to decentralise the provincial government, turning Katanga into four smaller provinces. Two of these would be in the resource-rich south, and eligible for 40% of the government’s mining-related revenues; while the other two would be in the poor north, and cut off completely from any potential mineral wealth.

On a practical level, this plan makes a certain amount of sense. Katanga is the size of Spain – smaller territorial units would be much easier to administrate. But the plan is immensely unpopular in north Katanga, where residents worry (with reason) that the reorganisation would doom them to poverty for ever. And it’s from the north, predictably enough, where the Katanga separatist movement draws much of its support.

Not that any of the province’s inhabitants have seem any immediate benefits from the nascent rebellion. To the contrary: Monusco estimates that over 600 homes have been destroyed by fighting in the last three months alone, and some 400,000 people displaced (mostly in the so-called ‘triangle of death’ between the towns of Pweto, Mitwaba and Manono).

“It’s a humanitarian catastrophe,” said Monusco chief Kobler, who called for all armed groups to stop their activities and allow humanitarian organisations to access the affected areas.

In a rare personal insight, Kobler also acknowledged that Monusco’s attention has been elsewhere over the last year. “I feel an element of guilt when I think of Katanga because we have concentrated our military activity on the Kivus but it is important not to neglect Katanga,” he said.

This, however, is the DRC: where government and Monusco resources are simply stretched too thin to confront all of its problems, across the vastness of its territory, at once. Concentrating on the Kivus means ignoring Katanga; concentrating on Katanga means scaling back in the Kivus, and neglecting the various Mai Mai groups in Province Orientale. And concentrating on conflicts and rebellions means postponing economic initiatives, anti-corruption drives, bureaucratic reform – all the projects which might, one day, address the endemic poverty which fuels so much of the violence.

For now, the government (handicapped by its own incompetence and inefficiency), and Monusco (acting as a kind of surrogate authority) are reduced to the role of firefighters, tackling the most dangerous blazes as and when they can. Katanga is the latest to flare up. It won’t be the last. DM

UN warns of ‘catastrophe’ in Katanga on AFP