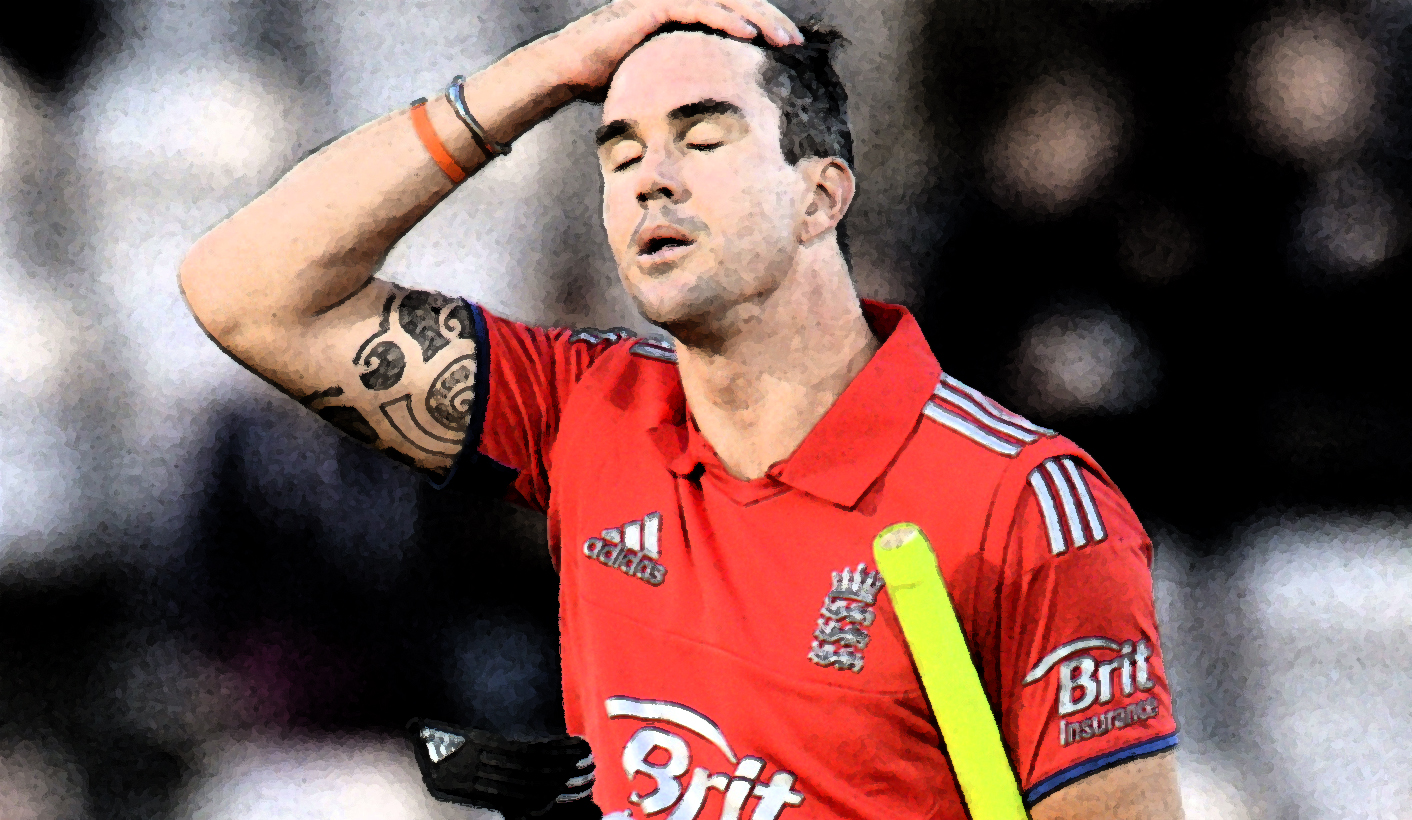 During England’s ODI series against Australia, they have far too often thrown away winning positions to snatch defeat from the jaws of victory. From the outside looking in, there were a couple of full-blown chokes on offer. With the team currently without an identity, it wouldn’t be too unfair to suggest that it’s time for the Proteas to step aside, because there are new chokers in town. By ANTOINETTE MULLER.

Ask any cricket fan who one-day cricket’s biggest chokers are and the answer is likely to be South Africa. Mostly because, when it comes to crunch games, in crunch tournaments and crunch situations, the Proteas have somehow always managed to be turn a deeper shade of blue, crying out for emergency Heimlich manoeuvres.

Over the last few weeks, though, another team has been mimicking the Proteas in fine fashion. England, in all their dire straits, have managed to consistently lose their one-day games against Australia from winning positions.

In the second ODI, James Faulkner played a blinder to help the Aussies to a one-wicket win, but was helped significantly by average bowling from the English. In the fifth and final ODI, England collapsed in spectacular fashion to falter in what should have been an easy enough chase. When it rains, it pours, and it’s been storming for England for quite some time now.

There are many possible reasons for England’s choking tendencies of late. The biggest is that they are simply bereft of any sort of confidence and mental strength at the moment. After spending the best part of the Australian summer being flogged and embarrassed by their opposition, it’s hard to see just where they would have found any sort of self-belief for the one-day series. Being consistently outplayed has surely trickled down into all parts of Team England. That lack of confidence would not have been helped by a captain who doesn’t know what he wants for the future yet. First Alastair Cook was going to consider stepping down, then a win happened and he wasn’t so sure. There is no stability in the camp and it has massively damaged the psyche of the team. Those are but psychological factors, but some have manifested themselves as physical symptoms.

England’s overall approach to one-day cricket has also remained conservative and prudish. Whether that’s Ravi Bopara playing out a maiden over in the powerplay, shocking fielding or panic-stricken bowling when a side starts to get on top, the current team simply does not have an identity. For some reason, they have latched onto the identity of chokers as a result.

England isn’t without talent in the team. Consonant-deficient Eoin Morgan has fought valiantly for his 282 runs in five games. His knocks have all been brisk and he’s got the kind of gritty determination you want in a one-day player. Similarly, Ben Stokes has shown that he can be a real terrier. Handy with the bat and more than adequate with the ball, Stokes’ role in the team can only flourish from here. Joe Root, meanwhile, is ever the workhorse, despite the constant to and fro of where he actually belongs in the team. Ian Bell is the old reliable soul, but he cannot carry the team alone.

As an overall unit, England is not without prospects and pieces of the puzzle, but that puzzle is far too often scattered across the floor with the dog chewing up the pieces. What England lacks is somebody to keep their head. They need to find a way to play their conservative and often-boring cricket with little sprinkles of a modern approach. From that, an identity will stem and that might offer up some hope for the 2015 World Cup.

Having previously suggested captaincy might not be right for him, Cook changed his mind after that win and turned his outlook to something much further ahead right after England’s lone win of the tour.

“I spoke what I was feeling, which sometimes you probably shouldn’t do,” he said. “I think, what I’ve learned over three years as one-day captain, it would be wrong so close to the World Cup to change. We’re getting some very valuable experience here, in the conditions which we’re going to play in the World Cup. So obviously if I’m still given the opportunity, then…

“We need to make sure we remember some of this stuff so we hit the World Cup running; I know we’ve got five warm-up games against Australia before that but it’s important that we end the tour well and then when we come back here for one-day cricket, we’re back at that level,” the skipper added.

For the immediate future, Cook will be taking a break as England head to the West Indies for a limited overs tour where they might hope to salvage some form of consistency, even without their leader.

As England look back on their seemingly eternal punishment in Australia over the last few months, though, they’re more likely to remember it for “what never was” rather than “what could’ve been”.

Choking has been much debated. Why it happens, when it happens, whether it has happened and so on. It happens all the time in all sport, but sometimes patterns emerge and an albatross is hung around the necks of the perpetrators for all to see. A scalding, scarlet letter that follows them around until they break it off and overcome in the situation which earned them that dubious reputation in the first place.

Not everyone will want to label England with the c-word, but for the time being, that’s the best they’ve got. DM

Photo: England’s Kevin Pietersen leaves the field after being dismissed during the fifth one-day international against Australia at the Rose Bowl in Southampton, England September 16, 2013. REUTERS/Philip Brown