The Colored Museum: Alive with history, and absolutely relevant 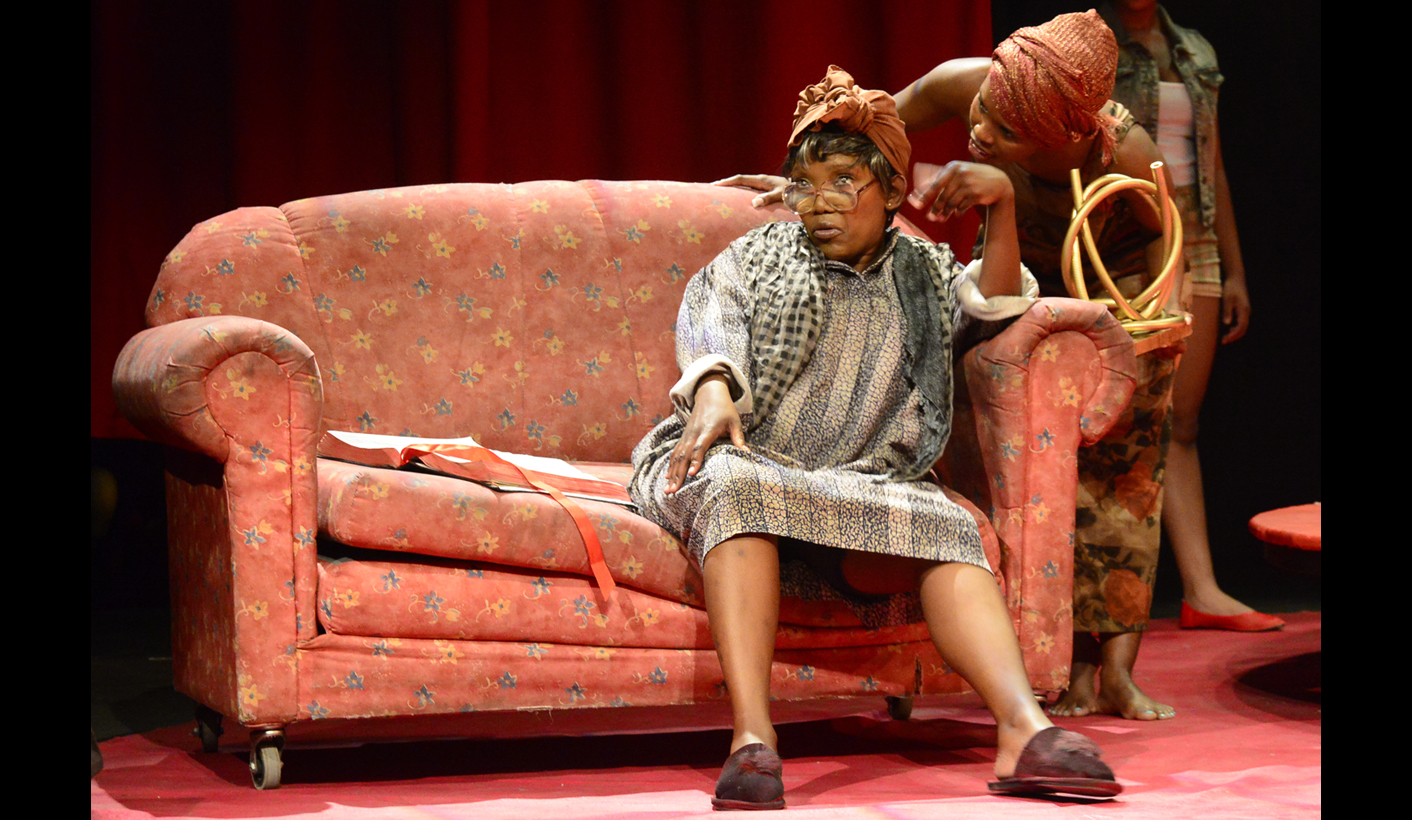 You may have seen 12 Years a Slave and Long Walk to Freedom, but before you give up on historical dramas, make a stop at the Market theatre for one last gem, writes LESLEY STONES.

Examining what it means to be black is arguably in vogue right now. The cinemas have hit us with Mandela’s Long Walk to Freedom, The Butler and 12 Years a Slave, (hopefully) making the whites in the audience squirm in horror at their own inhumanity to man.

Numerous playwrights have analysed the subject too, and now The Market Theatre has imported an American play, The Colored Museum, that explores what it means to be black in the context of being American too.

I hope the exuberant applause it received was primarily for the quality of our actors and singers, who richly deserved the kudos. It would be a pity if the applause was to cheer the arrival of a foreign voice highlighting a subject so close to our own hearts, in the sense that South Africans often consider foreign products to have more gravitas and excellence than our local creations. Not so. The Colored Museum is an interesting, entertaining and sometimes uplifting take on the subject, but no better than several homegrown offerings that tell our own stories with a great relevance and impact.

The Colored Museum by George C. Wolfe features a set of human ‘exhibits’ based on black stereotypes, in short vignettes where the characters try to break the mould. It blends irony, satire and melodrama as Wolfe takes a sideswipe at stereotypes and explores racism, inequality and oppression.

Some scenes are witty, others poignant, and one or two left me wishing my ears were more attuned to the fast-talking Americanism of it all. Director James Ngcobo keeps it flowing rapidly and ensures the characters give bold performances, but as a whole it lacks some coherence and a few scenes make their point then run on too long.

It’s a lively and brash production, with excellent singing in solo and ensemble numbers. Pianists Ezbie Moilwa and Johan Mthethwa to the side of the stage are integral to the action, adding the musical accompaniment and moods. Attractive dancing is choreographed by Gregory Maqoma, while the bright, suitably historic costumes were created by Thando Lobese.

It opens with slaves being transported to America, with three pretty but vicious air hostesses laying down the law and trying to beat the native habits out of them. There will be no drums, no rebellion.

A scene where two wigs are fighting over which should be worn when their owner breaks up with her boyfriend is delightful. It’s loaded with funny jibes about the way a woman is judged by and also internally influenced by her appearance.

The word ‘attitude’ runs throughout the show, encouraging the audience to get it, embrace it, flaunt it. That gives us some lovely lines, like “God created black people, and black people created style.”

Aubrey Poo stands out as Junie, leading us through the scenes as a constant presence. Lebo Toko is also brilliant as Miss Roj, a flamboyant transvestite who packs a punch with his or her social commentary.

In one confrontation an upwardly mobile young lady says carrying the burden of your history can hold you back. Rather don’t draw attention to yourself, fit in and go places, instead of being shackled to the past.  “Being black is emotionally taxing, therefore I’ll only be black at weekends and nights,” adds one of the characters, a young girl who flits between each scene in search of her own identity.

The overall message for me is that people cannot be defined by their history because they have evolved and are still evolving, but that history will always be a crucial part of them. DM

* The Colored Museum runs at The Market Theatre until February 23