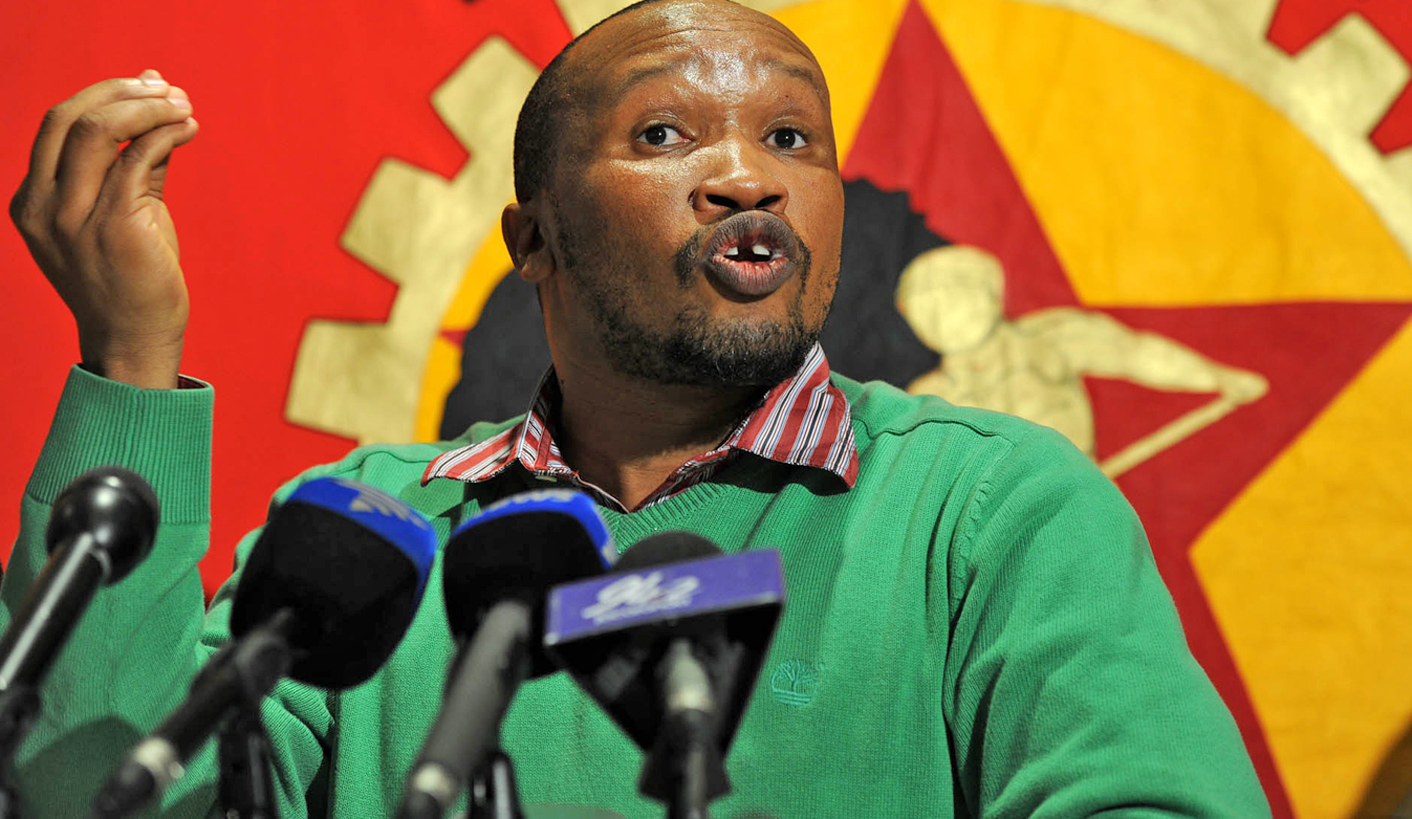 Elections 2014 will come and go, the ANC will be top of the pops, and a new bag of Liquorice Allsorts will fill the parliamentary benches. The great shake-up in South African politics looks set to happen after the elections – and metalworkers’ union Numsa is likely to play a big role in the new alignment. Numsa and a group of other Cosatu unions will put their federation on notice this week on a number of issues. Numsa general secretary Irvin Jim is also taking on the government’s enforcer, Minister of Police Nathi Mthethwa, for police killings during protest marches. And even before the split in Cosatu happens, workers from other sectors are seeking to join the Numsa movement. By RANJENI MUNUSAMY.

On Saturday the Democratic Alliance (DA) announced its candidate lists for the national and provincial elections. DA leader Helen Zille says her line-up is a “fantastic mix” of experience and new blood. Many of the candidates have impressive qualifications, and several are professionals. If there were a Survivor series to determine who best represents South Africa’s middle class, these people could all be contestants. They would not, however, be found forming a human shield between the police and the protesters in Mothutlung. They, like everyone else, would be able to go and pay their respects to the bereaved after the fact.

But who speaks for the communities erupting in anger all over South Africa, demanding basic services and decent living conditions? So far, Julius Malema has been unchallenged in using communities in rebellion as his campaign turf. From Marikana to Mothutlung, Malema has been able to use tragedy and police killings to focus public anger on the state apparatus and the ruling party.

Largely, though, community protest action comes from the ground up. There is no organised force leading the protests or channelling the messages. This is the gap available to the “united front” envisaged by the National Union of Metalworkers of South Africa (Numsa), and where real opposition to the ANC is possible. In the context of poverty and unemployment levels, the seething anger amongst neglected communities, and the disconnect between the ANC and its traditional constituencies, an organised working class formation could resonate.

Numsa resolved at its special congress in December to research setting up a workers party or social movement which would either contest future elections or mobilise communities and workers as an organised force. The congress also resolved not to support the ANC in the 2014 elections and called for President Jacob Zuma’s resignation in light of the series of scandals which beset his administration.

A month after its special congress, Numsa is flexing its muscle. And giving pointers as to where it is heading.

The metalworkers’ union is holding a week-long political school in Kempton Park this week, being attended by 150 shop-stewards and Numsa activists. Addressing the opening session, Numsa president Andrew Chirwa said that, following its special congress, Numsa has been inundated with letters and messages from organisations supporting its resolutions, including the call for Zuma to resign.

Cosatu has advocated for its affiliates to organise in their own sectors and has discouraged crossovers. The National Union of Mineworkers (NUM) has been aggrieved about Numsa encroaching on its territory and this has been the source of tension between the two unions. If Numsa starts accepting members from other sectors, it could deepen the battles within Cosatu.

Daily Maverick understands that the transport and allied workers union Satawu is already furious about its members defecting to Numsa. Satawu and Numsa are on opposite sides of the divide in Cosatu.

But Numsa is on a militant path, and does not care about upsetting the apple cart in Cosatu. The federation’s president S’dumo Dlamini said last week that Cosatu had requested a meeting with Numsa to discuss its congress resolutions. Chirwa was emphatic that Numsa would remain defiant and would not bow to pressure from the Cosatu leadership.

He said there was a campaign to suspend Numsa at Cosatu’s next central executive committee because its positions were in conflict with those of the federation.

“There is pressure for us to succumb to a group who call themselves leaders of the federation… As we speak, we are being invited to account to a group to explain whether we will pursue the outcomes of the special congress. We must come and account, affirm whether we will implement our resolutions. How can you ask us such a question when congress has pronounced?” Chirwa said.

Chirwa slammed the Cosatu leadership for not convening a special congress, as had been demanded by nine affiliates led by Numsa. “If you can’t present yourself to your own constituency in a special congress, you have no credibility. We are getting the run-around. How can you call yourself a leader when you are running away from your own constituency?”

Chirwa hinted that the camp defending suspended Cosatu general secretary Zwelinzima Vavi could assemble without the federation’s leaders. “Perhaps we must think about convening our own. We must engage unions who called for a special congress with ourselves. We must think hard, comrades.”

Daily Maverick has learnt that the nine Cosatu affiliates which called for the special congress will be meeting this week. The intention is to put a list of demands to the federation’s leaders, including that the disciplinary charges against Vavi be dropped immediately and that a special Cosatu congress be convened without delay.

This move is likely to deepen the rupture within Cosatu.

Numsa general secretary Irvin Jim said the resolutions of the union’s special congress had rattled many cages. He said some people think that the resolutions meant that Numsa would cease to be a trade union and become a political party.

“No. We will be a catalyst,” Jim said. “What is old and dying must die. What is new must be born.”

He said the past 20 years had been “hollow” for the working class and ANC leaders have become arrogant because they know there was no serious alternative for workers to vote for.

“In every election, the Freedom Charter is a beautiful mirage. I heard people are saying they want a two-thirds majority. For what?” Jim said, referring to recent utterances by Zuma that the ANC needs to win the elections by a two-thirds majority to be able to make radical changes in the country.

But Jim said workers had been consistently lied to and the alliance had been “captured and taken over by right-wing forces”. “We are launching a very serious process, we are not going to allow the working class to be abused,” he said.

“The police are not our friends, they represent something called the state. There is a minister of police… who always speaks after our people have been killed… When people are dead, commissions are appointed,” he said.

“The time has come to communicate our right to protest and demonstrate. Those rights shall not be taken away by Nathi Mthethwa and that lady (National Police commissioner Riah Phiyega)… We must give a very stern warning to Nathi, we are not going to tolerate any police killing from now.”

The statements by Numsa’s leaders indicate that they are mapping out the terrain from where they will mount their battle and that the ANC and its leaders are the targets. While the rhetoric has always centred on white monopoly capital, they clearly see the ANC as being responsible for entrenching poverty and inequality.

While Malema has the field wide open in the upcoming election to wage war on the ruling party, Numsa is planning lead a new red tide to challenge the ruling party in future. While the structure of this formation is not yet defined, momentum is building towards a militant movement to the left of the ANC.

The one thing that is clear is that it is now impossible to reverse the realignment in Cosatu and the alliance. The noise levels are about to increase greatly and rumblings will not stop for a long time. What was true yesterday is not true today and could be totally false in near future.