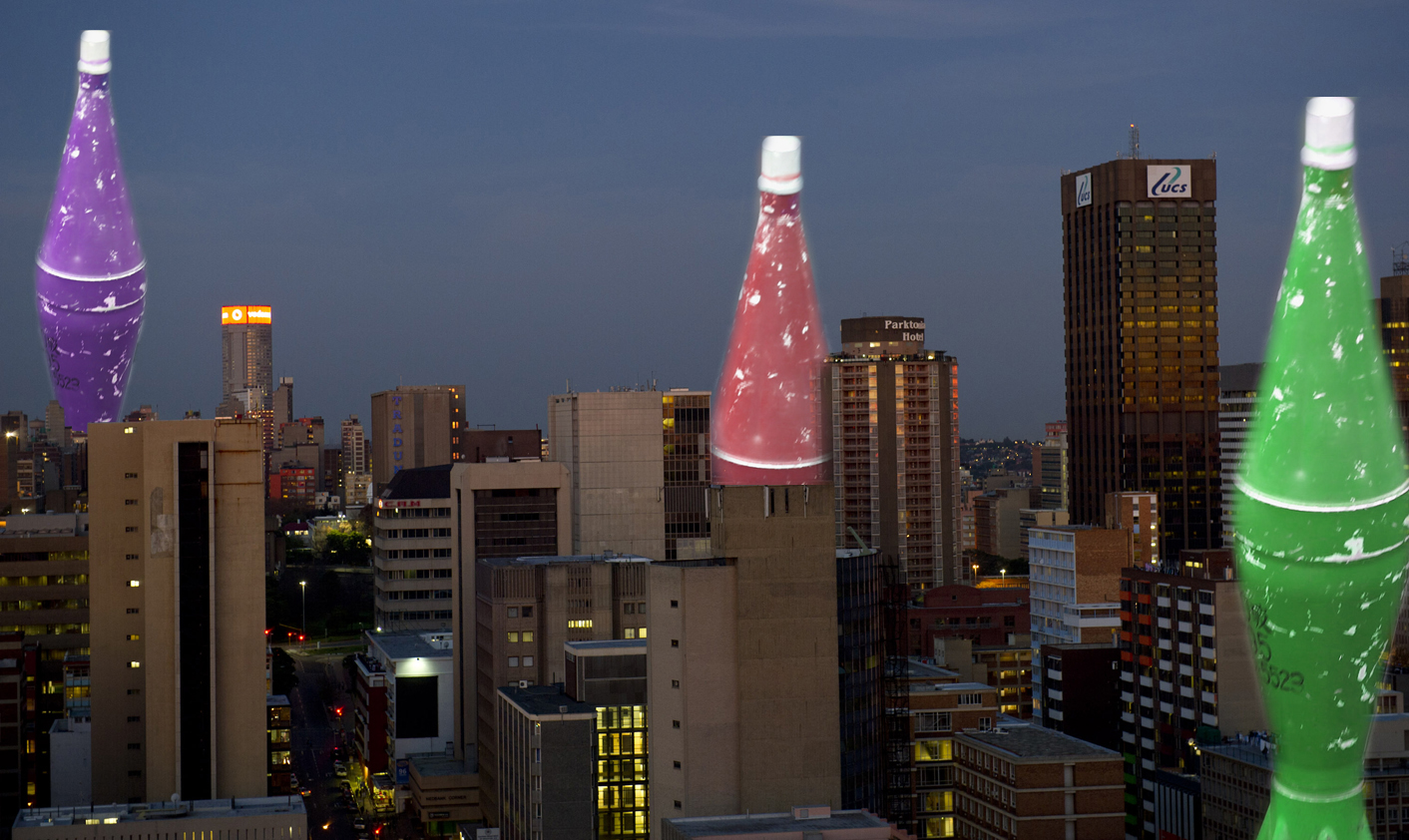 The press release didn’t mention whether one of the two men arrested inside the Mercedes-Benz was stroking a white Persian cat when the cops pounced, but it did say that a “rocket head” worth R8-million was found inside the vehicle and promptly (and carefully) confiscated. A rocket head. Worth R8 million. In downtown Johannesburg. The mind of ALEX ELISEEV was suddenly alive with possibilities.

Before we begin, let’s pour a Bells for the policeman who fielded the tip-off which led to these arrests. Imagine it, if you will. The phone rings at Crime Intelligence and a hushed voice whispers that a deal is about to go down and must be stopped.

“What’s being sold?” mutters the sergeant or warrant officer, annoyed at having to stop playing Banana Kong on his cellphone.

“A rocket. A big one. Worth millions of Rands.”

“I don’t know. But they are paying in diamonds.”

“Diamonds. Aha, got it. And where is this all happening?”

“Downtown. I can give you the time and place. I even know what car they’ll be driving.”

“Okay, just checking. A rocket? Like they have in Libya and Syria and stuff?”

“Explosives. Right. We’ll look into it, thanks…”

What happened between that moment and Wednesday night will probably remain a mystery forever, but the information checked out and an “intelligence-driven operation” was launched.

We know that officers found two men – a South African and a Mozambican – inside a grey Mercedes-Benz, waiting to flog what turned out to be some kind of rocket launcher grenade. The “intelligence operatives” searched the car but found no trace of the rocket launcher itself.

They then noticed a Colt bakkie (which will have to become a Hummer, if a movie is ever made) with three people inside it, waiting around rather suspiciously. A search of that car turned up a bunch of diamonds, believed to be from another country.

The trio were taken in for questioning and the diamonds seized. The two in the Merc weren’t so lucky and were locked up. Naturally. Given that the new Dangerous Weapons Act makes it a crime to walk around with knuckle dusters, nunchakus or hammers (showing some form of intent of using them to bash someone’s head in) you can imagine how much trouble this pair are in. They’ll both be in court on Monday.

Police say they are investigating whether the grenade and the diamonds are connected and where the weapon came from. But the more interesting question is: what was it going to be used for?

The trial should get to the bottom of this. But it’s so far away and waiting for it, while responsible, would also be completely, well, boring. So here are some of our top ideas:

Meanwhile, the experts are baffled by the alleged value of the grenade. A regular RPG missile sells for a fraction of that cost. A few hundred Rand at most. So this has to be some kind of a special weapon for the R8 million to make sense. The police maintain their figure is right but are yet to release more details. (Maybe there was a depleted uranium head?) They say the important part is that the sale was foiled, that the explosives were confiscated and that those responsible are behind bars.

Even if this is all we’ll ever know about this bizarre case, there’s enough here to prove (if proof is needed) that Johannesburg is never, ever boring and that… man, it’s wild out there! DM