Ethiopia changes its tune in Somalia 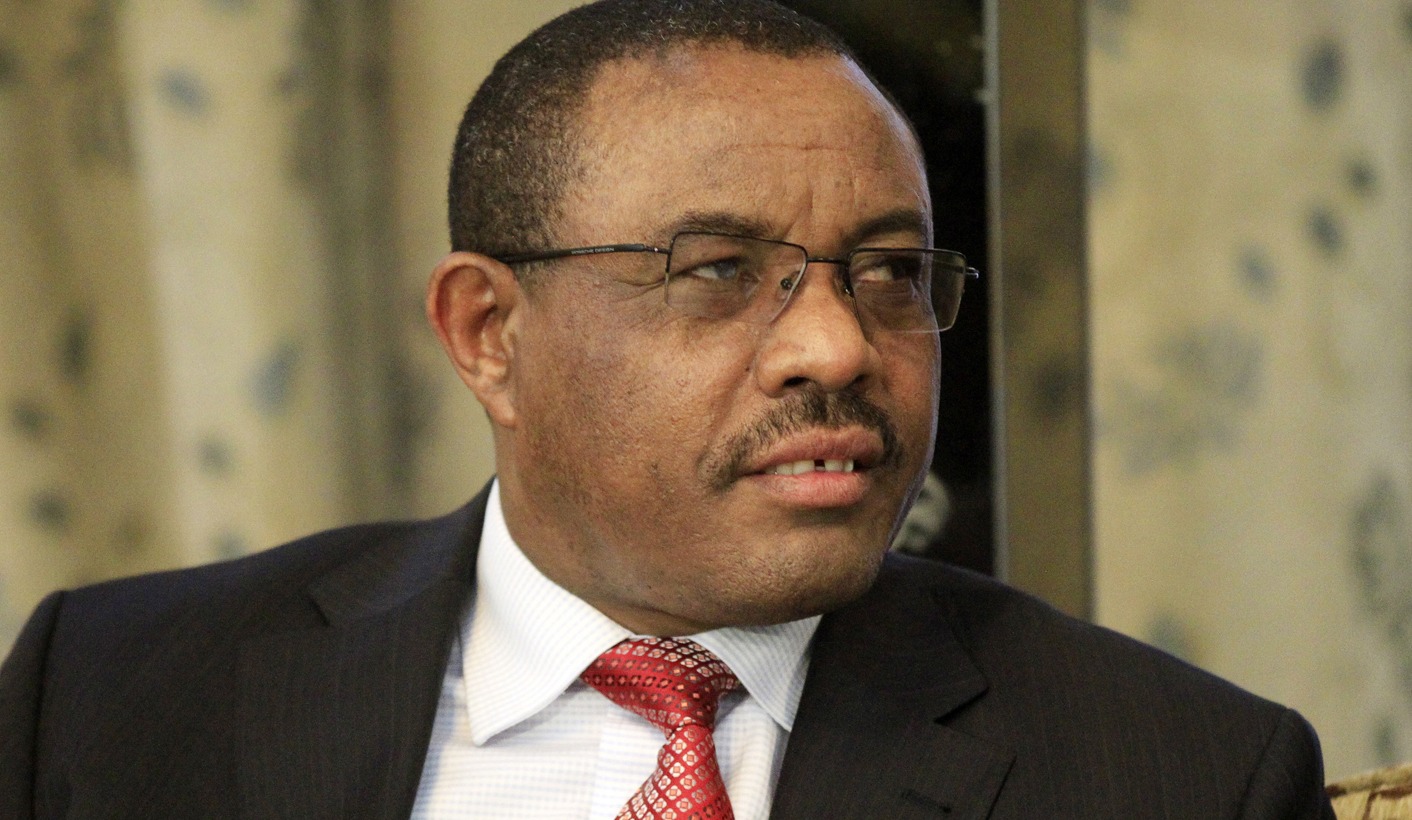 Last year, Ethiopia wanted to get out of Somalia as quickly as possible. It didn’t. This year, it has renewed its commitment to the beleaguered country – although, as usual, Ethiopia has its own interests at heart. By SIMON ALLISON.

In April last year, Ethiopian Prime Minister Hailemariam Desalegn was unequivocal in his intentions when it came to Somalia. Speaking to his parliament in Addis Ababa, he complained that Ethiopian troops had spent long enough across the border, and that it was time for them to come home. “The main issue now is to accelerate our complete withdrawal towards our border. This is what we are fulfilling,” he said.

This was more than just talk. In March, frustrated that no one was relieving them of their duties, the Ethiopian army withdrew from the town of Hudur, which it had captured from Al Shabaab just a few weeks before. Mere hours after the Ethiopian withdrawal, Al Shabaab were back in charge in Hudur.

The withdrawal was the geopolitical equivalent of going on strike: a pointed warning that Ethiopia’s contributions in Somalia could not be taken for granted.

Despite all this, Ethiopia did not withdraw from other parts of Somalia under its control, and, as the year progressed, Desalegn’s administration began to change its tune. By June, foreign minister Tedros Adhanom was saying that there was no need for a full withdrawal; by November, Desalegn himself was promising to increase Ethiopia’s involvement.

This position is now official: Ethiopia’s 4,395-strong contingent has been formally absorbed into the African Union Mission in Somalia (Amisom). For the first time in Ethiopia’s many years of meddling in the internal affairs of its neighbor, Ethiopian soldiers will be in Somalia with an internationally-recognised mandate.

Naturally, Amisom – always crunched for resources – is delighted. “It is obvious if we have more troops and especially the Ethiopians are a bit familiar with the region, we will be moving forward easily and our priorities will be getting more areas and liberating more towns,” said Amisom spokesman Colonel Ali Aden Humad. According to reports, the Ethiopian soldiers will be used to secure existing Amisom positions, freeing up other soldiers to launch another ‘big push’ against Islamist militant group Al Shabaab.

“The Ethiopians will be based in Baidoa, about half way between Mogadishu and the Ethiopian border. It has been heavily defended since being taken over a year ago by Ugandan troops in the Amisom force. Al-Shabab has significant positions in the area and attacks Amisom garrisons almost every day,” reported the BBC’s Mark Doyle. “Amisom intends to reshuffle its forces now the reinforcements have arrived. There has long been talk of a big Amisom offensive.”

It’s less certain that Somalis themselves will be particularly thrilled that Ethiopia is staying put. Although the transitional government welcomes the arrangement, it has no choice but to: Amisom is the only thing keeping it in power. Elsewhere in Somalia, Ethiopia is viewed with inherent suspicion, and there is a danger that an increased Ethiopian presence could increase public support for Al Shabaab. This has happened before.

“…by joining AMISOM, this I think is going to revive the Ethiopian intervention more broadly in Somalia that they engaged in from the very beginning of 2007 through January of 2009, particularly their engagement in Mogadishu. And that did not end well,” observed David Shinn, former US ambassador to Ethiopia, speaking to VOA.

That’s an understatement. Ethiopia’s last major intervention in 2007 ended catastrophically. It was designed to rid Somalia of fundamental Islam by removing the Islamic Courts Union from power. Instead, the US-backed invasion merely empowered the more radical elements of the group, which reconstituted as Al Shabaab, and sidelined the moderates who had held sway (and had provided one of Somalia’s few periods of relative stability in the last few decades).

Al Shabaab, as the only resistance to Ethiopia’s foreign invasion, was able to recruit with ease, and went from strength to strength – eventually overthrowing the Ethiopian-backed government in Mogadishu with ease. Amisom, of course, was formed to then overthrow Al Shabaab – a vicious circle of violence from which Somalia has yet to escape.

In this context, Ethiopia is merely trying to finish the war it started in 2007. But again, its motives must be questioned: why is it staying put in Somalia, after saying last year it wanted out?

There are two main theories. The first is that Ethiopia never had any intention of completely withdrawing from Somalia, but was fed up that it was receiving no international support for its commitment. As part of Amisom, the costs of Ugandan and Burundian troops are sponsored by the international community; likewise Kenya receives financial aid for its presence. Ethiopia, acting outside the Amisom mandate, received nothing. Its threats to withdraw may have been a form of gentle diplomatic blackmail, designed to force the international community to foot at least some of the bill. Although nothing has been released publicly, it is highly likely that Ethiopia’s acceptance into Amisom comes with some kind of financial strings.

The second theory is that the fight against Al Shabaab did not go quite according to plan in 2013. In 2012, Al Shabaab was pushed out of many of its major strongholds, including its de facto capital Kismayo. The idea was that by the end of 2013, it would be a defeated force, and Somalia’s transitional government would be in control. This has not happened. Amisom found it difficult to consolidate its gains, and Al Shabaab remains popular in some areas – of all Somalia’s various political groupings, it still has the best record when it comes to the delivery of services such as healthcare and education (rudimentary as these may be). For the Ethiopian government – which views the rise of fundamentalist Islam in Somalia as a direct threat, weary of it spreading to its own large Muslim population – this is perhaps sufficient rationale to stay involved. They want to make sure the job is done before retreating.

Whatever the reason, Ethiopia is all set to stay put in Somalia for the forseeable future. DM