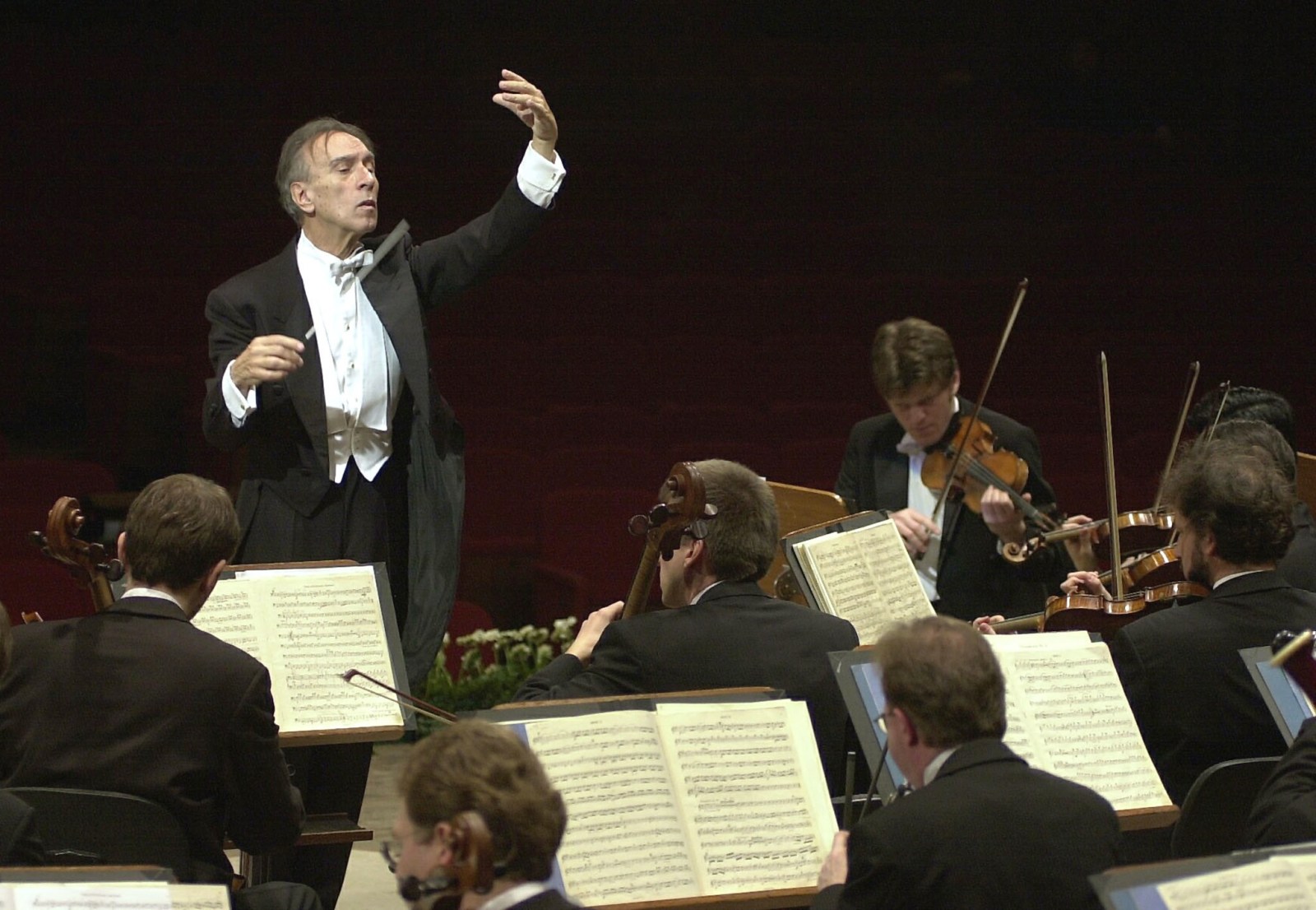 Claudio Abbado, who decided to become a conductor after hearing a concert at La Scala at the age of eight and went on to lead the Milan opera company and top orchestras for more than half a century, has died aged 80, La Scala said on Monday. By Isla Binnie.

Abbado, who was known as a musician’s musician, shunned the publicity and pomp often associated with leading conductors and staunchly supported young musicians. He died in the northern city of Bologna in his native Italy after a long illness.

“We have lost one of the greatest musicians of the last 50 years and one of the very few to have a close connection with the spirit of music in all its various forms,” La Scala’s current musical director, Daniel Barenboim, said in a statement.

“He set an example for the world, showing that young and inexperienced musicians can make music at the highest level when they work with the right attitude and commitment. We owe him this, and much more.”

In addition to serving as music director of La Scala for two decades, Abbado led the Vienna State Opera, the Berlin Philharmonic and made guest appearances throughout the world.

“At his concerts there were breathtaking occasions for the audience and players alike,” Lennox Mackenzie, a violinist and orchestra chairman of the London Symphony Orchestra (LSO), where Abbado was principal conductor from 1979-1988, told Reuters. “I remember some players actually being in tears.”

Milan mayor Giuliano Pisapia said he would ask Barenboim to organise a memorial concert for Abbado, who was named an Italian Senator for Life by President Giorgio Napolitano last August.

Abbado’s surprise appointment as chief conductor of the Berlin Philharmonic in 1989 led music critics to call him “the world’s most powerful conductor”. He also had a 46-year span recording some of the world’s most cherished performances for the Deutsche Grammophon label.

Mark Wilkinson, President of Deutsche Grammophon, said: “The world has lost one of the most inspiring musicians of our era, a man who put himself entirely at the service of the music he conducted and, in doing so, made listeners feel that they were hearing it properly for the very first time.”

Abbado’s recordings were honoured in the classical music category at the Grammy Awards, where pieces he conducted won gongs in 1998, 2004 and 2006.

Born in Milan on June 26, 1933, to a violinist father and a pianist mother, Abbado said that early La Scala concert decided his future.

“I remember when I was back home I decided to become a conductor,” he told the BBC in 1980.

He earned pocket money as a church organist before joining the Vienna Academy of Music in 1956. In Vienna, Abbado learned an economical style of conducting and Hans Swarovsky taught him to conduct with one hand tied behind his back.

Abbado’s rhythmic energy, drive and love of big, colourful sound placed him squarely in the tradition of late fellow Italian conductor Arturo Toscanini, one of the most famous wartime exiles from dictator Benito Mussolini’s Italy.

During his time at La Scala, Abbado rejigged the usually staid repertory and encouraged young people and less wealthy music lovers to join the well-heeled crowd in the auditorium.

Conservative audience members left their seats in protest at Abbado’s addition of avant-garde composers such as the Italians Luigi Dallapiccola and Luigi Nono to the repertory.

In a 2010 interview with The Gramophone magazine, Abbado explained his championing of contemporary musicians, saying: “If you think back to the time of Beethoven, he was a contemporary composer. And many people didn’t understand him. So any time you have a great composer, you should try to understand, to listen.”

“What I like to remember about Abbado is his commitment to fostering young talent,” Milan’s Pisapia said in a statement.

Abbado was diagnosed with cancer in 2000, but recovered and three years later went on to form the Lucerne orchestra, selecting most of the members himself.

La Scala was forced to cancel concerts when Abbado succumbed to another bout of illness in May 2010.

Abbado also worked in the United States, often serving as guest conductor of the New York Philharmonic, the Cleveland Orchestra and the Philadelphia Orchestra. DM