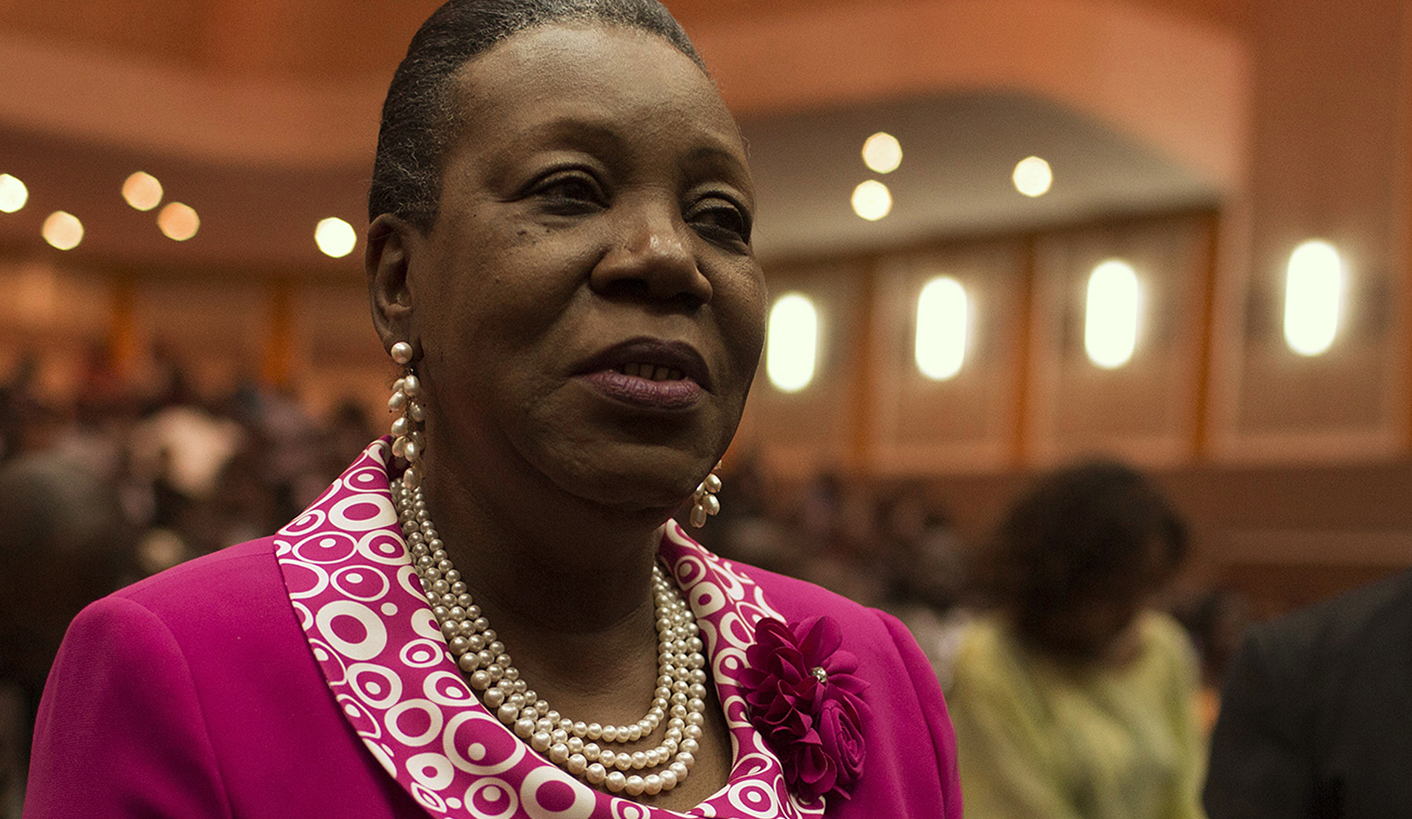 Central African Republic lawmakers chose their capital's mayor to become interim president on Monday and lead the country out of months of sectarian killings, as the European Union agreed to send in 500 troops to help restore order. By Paul-Marin Ngoupana and Adrian Croft.

The change in leadership and deepening international involvement in the former French colony follow waves of killing and looting that have forced 1 million people – nearly a quarter of the population – to flee.

The landlocked nation, impoverished for all its mineral reserves, descended into chaos when mainly Muslim rebels, known as Seleka, seized power in March.

“I am the president of all Central Africans, without exception,” said Mayor Catherine Samba-Panza, succeeding Seleka leader Michel Djotodia who stepped down as interim president this month under international pressure over his failure to end the bloodshed.

“I appeal to my anti-balaka and Seleka children to listen to me and lay down your weapons,” said the Chadian-born politician, who moved to Central African Republic when she was 18.

A senior U.N. official warned last week of the possibility of genocide in the nation that borders six other countries in the heart of Africa, including strife-hit South Sudan and Democratic Republic of Congo.

But the appointment of a candidate with no links to either camp in the fighting raised hopes of an end to the slaughter.

People sang and danced in the streets of the riverside capital Bangui on Monday to celebrate the choice of post-colonial Africa’s third female head of state, after Malawi’s Joyce Banda and Liberia’s Ellen Johnson-Sirleaf.

A spokesman for a major group of anti-balaka fighters, which had earlier threatened protests against the vote, said they were happy with the result. “She is a woman who can bring peace,” Sebastien Wenezoui told Reuters.

“This means that in cooperation with the U.N. and with the African forces, Europe will militarily support Central African Republic, as we asked,” said French Foreign Minister Laurent Fabius, whose country has already deployed 1,600 troops.

But Fabius said the new force under discussion was just 500-strong, smaller than the contingent of up to 1,000 that EU officials had earlier suggested could be dispatched.

Few EU countries have so far come forward with firm offers of troops and some of the EU force could be French soldiers, EU diplomats said.

EU officials hope the first troops could start arriving by next month and stay for up to six months before handing over to an African Union (AU) force due to reach 6,000 peacekeepers.

Central African Republic has seen little but sporadic rebellion and instability since independence from France in 1960. The latest crisis has simmered for over a year but spiked in December when Christian militia attacked Bangui, triggering violence in which more than 1,000 people were killed.

Many of the estimated 500,000 displaced people in sprawling camps around Bangui had been waiting for the outcome of Monday’s vote before deciding whether to return home.

French President Francois Hollande’s office congratulated Samba-Panza, who was chosen above seven other candidates by the interim assembly.

But, underscoring the sense of urgency, France also urged Samba-Panza to immediately set about restoring order, reconciling the country and preparing elections.

The United Nations said the vote must mark a “new beginning” and an end to “senseless violence”.

Donors at another meeting in Brussels pledged nearly half a billion dollars in humanitarian aid .

A spokesman for the U.N. World Food Programme told the Thomson Reuters Foundation that 1,500 tonnes of food – enough to feed 155,000 people for a month – was blocked on the border with Cameroon as truckers were too afraid to enter the country. DM

Photo: Catherine Samba-Panza reacts after she was elected as Central African Republic’s interim president at the national assembly in Bangui January 20, 2014. Central African Republic’s transitional parliament elected Samba-Panza, the mayor of Bangui, as interim president on Monday, tasked with ending months of sectarian killings and guiding the country to elections. REUTERS/Siegfried Modola