Analysis: A culture of entitlement that holds us back 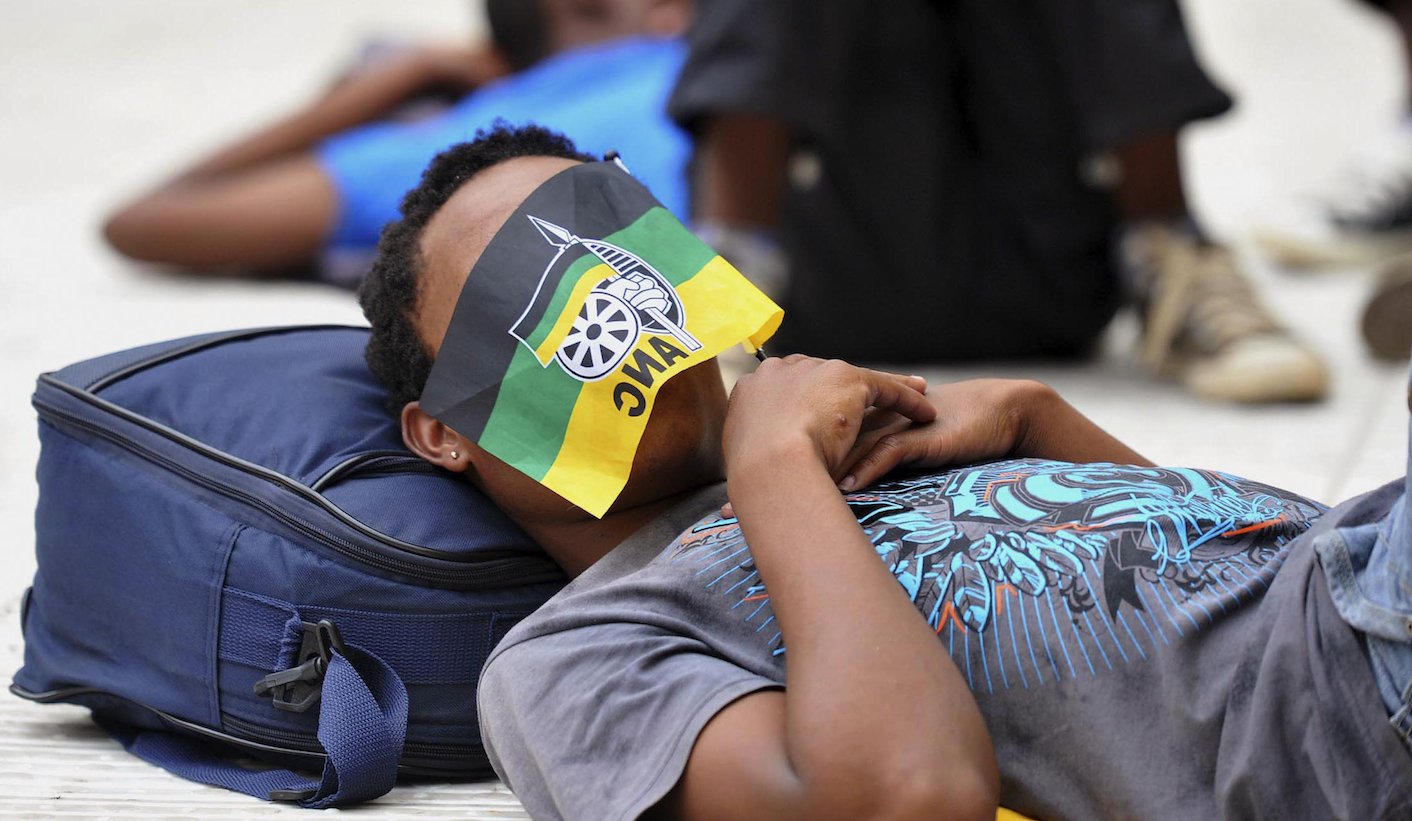 Over the weekend main editorials once again lamented the reaction of police to what we still call the "service delivery" protests in Mothutlung and which led to the deaths of three people last week. That police were heavy-handed is trite. Already the Human Rights Commission has pointed out that if the police had implemented their own recommendations after the Andries Tatane shooting in 2011, these three fatalities would not have occurred. But there is a much larger dynamic that is playing out and that is part of these protests. It is a culture that is beginning to cause real damage to our nation, and to our future. And it's about entitlement, politics, elections, and initiative. By STEPHEN GROOTES.

Most nations have myths and legends about their formation. Britain has a proud history of withstanding invasions from Europe, France a proud history of supplying those invaders, Germany is more complex, while Russia looks back on its “glory days” as a major player in European politics. These myths help to create popular culture and form a major part of present-day political discussions.

In the US there is a culture of self-sufficiency, of doing things for yourself. If you go back to the founding legends about that country, it’s all about tough outdoor-men (and women) who literally build everything for themselves (told from one perspective, these stories, of course, conveniently forget slavery, but that’s historical myth for you). For most of that country’s existence, people with a “can-do” attitude have been praised. This led to the growth of huge industries, from the first oil wild-catters, to the people who built the world’s tallest buildings. There is an idea that if you go back to pre-Depression America, everyone was busy, everyone was doing something. Sometimes it wasn’t pleasant work. But it was work, and with that came wages, dignity, and something our present-day politicians would call economic freedom.

Anecdotal evidence from Asia (being less than widely-travelled, I can’t speak from experience) suggests that this is what most of Asia is like now. South Korea and Singapore didn’t come up from where they were after World War Two to being some of the strongest economies through lying about. Even people in India who don’t have formal jobs are doing something productive, whether it’s cleaning the street, or combing through rubbish.

But here, things seem to be different.

We are told that around half of our young people are unemployed, and not in formal training. This means that our most vulnerable people have idle hands. And so boredom leads to what you could call “easily accessible recreational activities”, such as drinking. Without a job, one is often without hope, and so a spiral develops.

But travel around the country and almost everywhere there is plenty for a young, able-bodied person to do. There are houses to be built, water pipes to be installed, parks to be made safe, roads to be tarred.

However, equally everywhere you look is a complaint that government “must provide”. We want free water, free electricity, free housing, and now free Internet. There is a demand that people must get grants, essentially money for nothing. Even President Jacob Zuma himself has warned that there are too many grants, and that we cannot become a nation dependent on the social security system.

For me, it’s clear that promising people free houses was a massive mistake. What should have been promised was free housing material, and direction or supervision to build them. That model would have been cheaper, and faster. It would have meant government would not have had to pay people to build these homes, their owners would have done that themselves. And with not much else to do, they would have been able to give it their full attention. This would also have had the happy benefit of having a class of people who had built their own homes. They would be immensely proud homeowners.

And once a community was done with homes, then come parks and the recreational facilities. Think of the dignity all of that would have instilled, never mind the communities it would have created.

There are several reasons why our country hasn’t turned out like this. Firstly, and inevitably, there is Apartheid. It’s easy to understand how Nelson Mandela and the ANC in 1994 felt that people should receive homes. It’s not just that it was a vote-buyer, but clearly government needed to act to give people a roof over their heads. And of course, it was a promise from the Freedom Charter itself.

However, it is also part of our founding myth. That Apartheid made sure that black people could not rise to the level of their ability, that it systematically removed opportunities, that it actively broke down homes and communities that people had built for themselves. It also worked to make sure they could not build them again. Unlike many other national myths, ours is true.

Which is why it’s so easy to understand the promises of the ANC in 1994. If government had destroyed lives, government should rebuild them. And of course, as a vote-getter, that really worked. And why shouldn’t it? People were finally going to get what they deserved.

Except that life doesn’t work that way. The countries that have the kind of economies we wish we were now, didn’t get that way because government made it so. It’s not as simple as taking taxes, and then using that money to build things for people. What governments did in most of those countries, was to simply get out the way. As they became politically freer, so they became economically freer as well, and thus people started firms, hired other people, and the rest, as they say, is Wall Street.

Essentially, since 1994, the electoral promise of the ANC has been that “we will do it for you”. This is about politics. If you’re in power, and you want to stay in power “we’ll help you build a home” isn’t quite as catchy as “homes for all”. And so, this year, an election year, we’ll hear this message again and again. It’s about government, doing things for the people. Never the people doing it for themselves. Never making their own homes, never actually asking government for the supervision to do it properly, but rather protesting until those homes are built.

As a nation, we cannot go on like this. It has many effects, all of them negative. People sit on their backsides, waiting for government to provide. Waiting is destructive in itself, because it leads to boredom. It also has the impact of re-racialising our economy. White kids in this country, by and large, are still told it’s up to them. They’re told they have to get on with it, and form their own companies. Coming from solidly middle-class families, they have the education and the confidence, and the networks, to do exactly that. Which means that they will end up earning more money than their counterparts.

If you ever listen to the Obamas talking to young people, it’s a message of “do it for yourself”. That is, to an extent, the American message. It is up to you, and no one else. And they’ve managed to build a country that most people around the world wouldn’t have minded being born in.

We have a nasty, messy, ugly founding legend. But we need to rise above it. We need to tell our children every day and in every way that it is up to them. From fixing the bike puncture, to fixing a firm about to go bust. So that we can build an economy that other people envy. DM

Grootes is the author of” SA Politics Unspun”, the senior political reporter for Eyewitness News, and the host of the Midday Report.