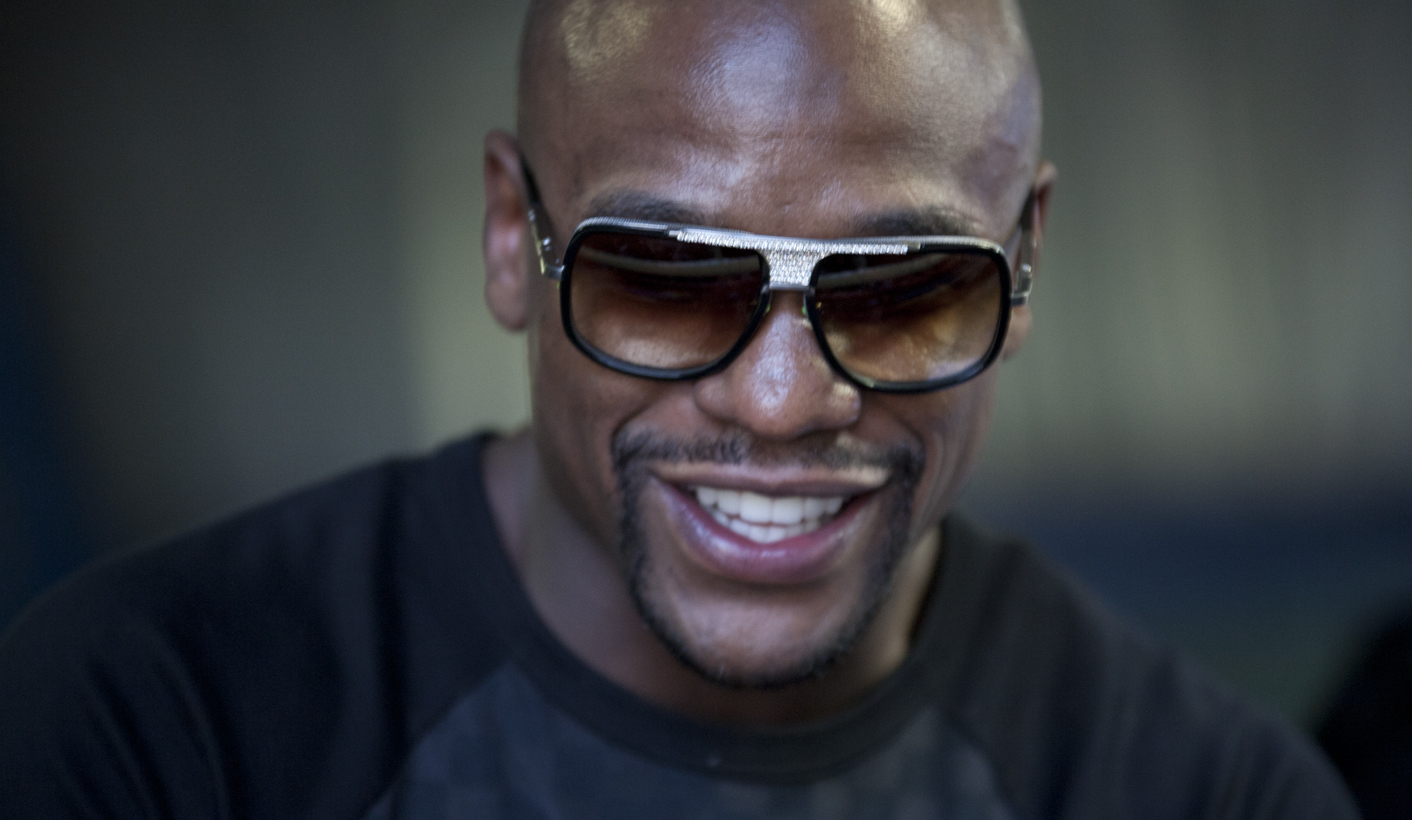 Floyd “Money” Mayweather arrived in Johannesburg on Wednesday, greeted by a throng of fans at OR Tambo. The undefeated world champ in five divisions, with eight world titles, visited Soweto's Dube Boxing Gym on Thursday, home of the late South African legend “Baby Jake” Matlala. GREG NICOLSON was there amongst the sweat, razzmatazz, and celebrity mayhem.

MAIN PHOTO. – Like a lot of champion boxers, Mayweather is not short of confidence. “I’m ‘TBE’. Muhammad Ali was considered the greatest, but I call myself ‘TBE’, which stands for ‘The Best Ever’,” he said on Wednesday.

Members of the Dube gym worked out for the media before Mayweather’s arrival, sparring, hitting the bags, and working one-on-one with coaches. But as soon as Mayweather neared they went into groupie mode, flocking towards the entrance as he was ushered through by his significant contingent of burly, no-shit-taking bodyguards.

Sports Minister Fikile Mbalula was clearly having a good time. He used his speech to focus the crowd, who went from training to listening to official speeches, honour Baby Jake, welcome Mayweather and announce new initiatives to bring the sport of boxing back to its glory days. Again and again, he said that Mayweather was the best boxer ever. Mbalula has said the state did not spend any taxpayer money to bring the boxer to SA.

Mayweather’s advice to the young boxers who filled the gym was clear. Work hard and be dedicated. “It’s been a dream of mine to fight here,” he said on Wednesday. On Thursday, Mayweather said it’s taken 36 years (his age) to get to Africa, but sometimes the best is saved for last.

The crowd holds phones to take pictures of Mayweather while he speaks in the Dube ring.

Mayweather greeted the Matlala family and unveiled a new plaque for the centre which is to be refurbished. His fans didn’t seem concerned with the official proceedings but were gushing with adoration while attempting to get close to the champ.

Mayweather travelled in true celebrity style. Fans rushed the Bentley he left in as his bouncers fought them back. “It’s like this everywhere we go,” said a local security guard working for a company providing protection at Mayweather’s events as he does a whirlwind tour of the country.

The gym emptied after Mayweather left. Andani Negondeni, 13, boxed for the cameras as the area was being cleaned. Mbalula announced that a new boxing academy would be soon opened to help develop the sport’s talent. The Dube gym will also be upgraded. He hopes Mayweather’s visit will inspire young boxers and bring much-needed attention to the sport. DM