A box of lost memories, a journey long forgotten

A box of lost memories, a journey long forgotten 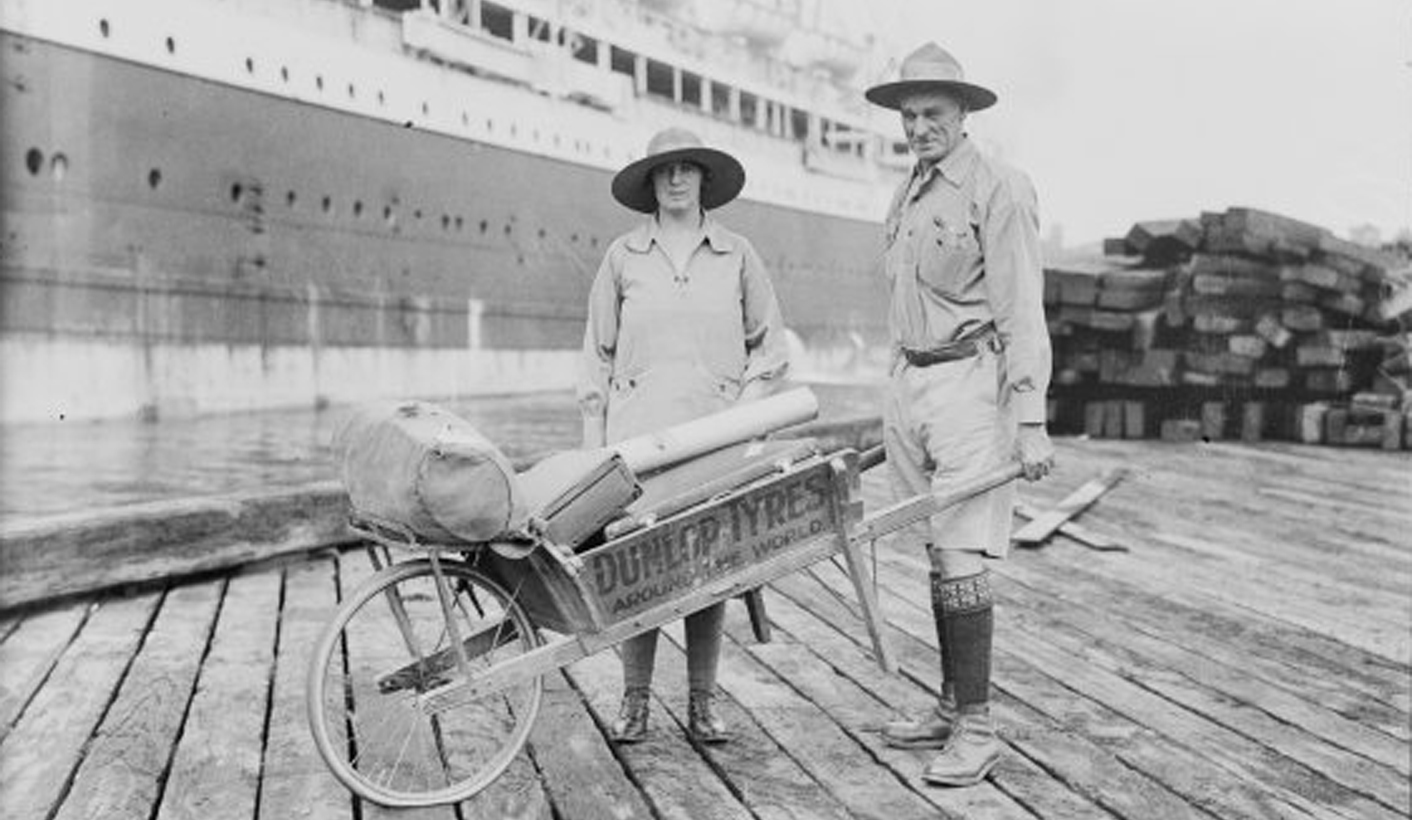 I was flabbergasted by the contents of the cardboard box in Uncle Martin’s dusty Bloemfontein garage. But its eventual fate was to lead me to ponder on the very meaning of travel. By DON PINNOCK.

I discovered the box during one of those long, hot, holiday afternoons which induce schoolboys to dig where they’re not supposed to – and I demanded an explanation. Uncle Martin, who ran the Victoria Bottle Store and was a long-suffering man, sighed and began the extraordinary tale.

My aunt’s cousin Danie le Roux and his young wife Anna both worked on the trams in Kimberley. But the town was not spared the effects of the Great Depression and they were laid off work. It is not too difficult to recreate a conversation which must have ensued shortly afterwards.

‘What shall we do now?’ one of them would have asked.

Now, the 1930s was an extraordinary decade. It gave birth, among other things, to outrageous architecture, innovative psychology, quirky music, expressionist art, the New Deal and, well, fascism. However, one hardly imagines these things stirring the dust of Kimberley.

But, perhaps anticipating birth of another kind, the couple bought a crude wheelbarrow, loaded their few worldly possessions into it and strode north.

My brief and youthful adventure through the contents of the box did not offer me a firm bearing on their direction, but it definitely passed through the Congo and West Africa and, at some point, crossed the Straits of Gibraltar and then meandered into Spain.

The sequence of the letters and news reports in the box was pretty jumbled, so just where the couple went next is still open to question. They must have passed through Europe because they gained America through the Bering Straits, which suggests they had walked clear across Russia.

Indications are that Danie and Anna worked a bit as they went and sold their stories to magazines. They ran adverts on the side of the wheelbarrow. But they remained poor enough to be still pushing the barrow by the time they got to California as a headline in a local paper attested: ‘Couple Pushes Wheelbarrow Round the World.’ That’s what had first attracted my attention when I opened the box.

At the time I did not have enough tenacity to glean from the letters how they got to Chile (were the Straits of Magellan their goal, or the Antarctic?), but what is clear is that they’d selected Uncle Martin as the custodian of their adventures.

Some four years later they were back in Europe (did they walk all the way?). Had the wheelbarrow been replaced with something more suitable? I remember no clue in the box.

The decision to return home may have been a difficult one, or perhaps the couple had some plan they were working towards. Anyway, the route back was through Egypt, Ethiopia and down the East Coast to Durban. There, inexplicably, they took a boat to Cape Town, then set off, wheelbarrow out front, for Kimberley.

Then disaster struck. About a hundred miles from home Danie keeled over on the side of the road from a heart attack and died. Heaven knows what thoughts went through Anna’s mind as she buried him in a farmer’s field just over the fence. Then she returned to the barrow and pushed it, stoically, to Kimberley.

Here the mystery deepens. In the box, to my memory, there were no letters from Anna in Kimberley. Did she try to put the whole episode behind her? Was she grieving for Danie to the extent that she had no further interest in the extraordinary testimony in Martin’s garage? We may never know. But the box remained in my mind for years, and I nurtured a sense that it would make one hell of a good travel book some day.

The telephone call informing me of Uncle Martin’s death (my aunt had died a few years previously) caught me at a time when I was too busy to take immediate action. Two weeks later I located Martin’s brother to ask him about the box (as Martin was childless, the sorting of his possessions had fallen on his brother).

Yes, there had been a whole lot of junk in the garage.

‘A box of papers and photographs?’

Yes, he did recall that.

‘Burned the lot, just junk,’ was the reply.

I remember holding the phone, with tears rolling down my cheeks. I couldn’t believe it!

That was some years ago, but before writing this tale I phoned around in an attempt to verify parts of the story. My mother vaguely remembered the couple, an uncle said he’d never heard of the trip, a cousin thought his aunt in Australia might know something. Someone suggested that their wheelbarrow was in an antique shop in Villiersdorp. One day I’ll go and see if it’s still there.

It was clear, in the end, that almost all that remained of the incredible adventure were my vague memories of that hot afternoon in Bloemfontein so many years ago and a few photos that survived. And I’m left with an uncomfortable question: is a journey forgotten a journey at all? DM