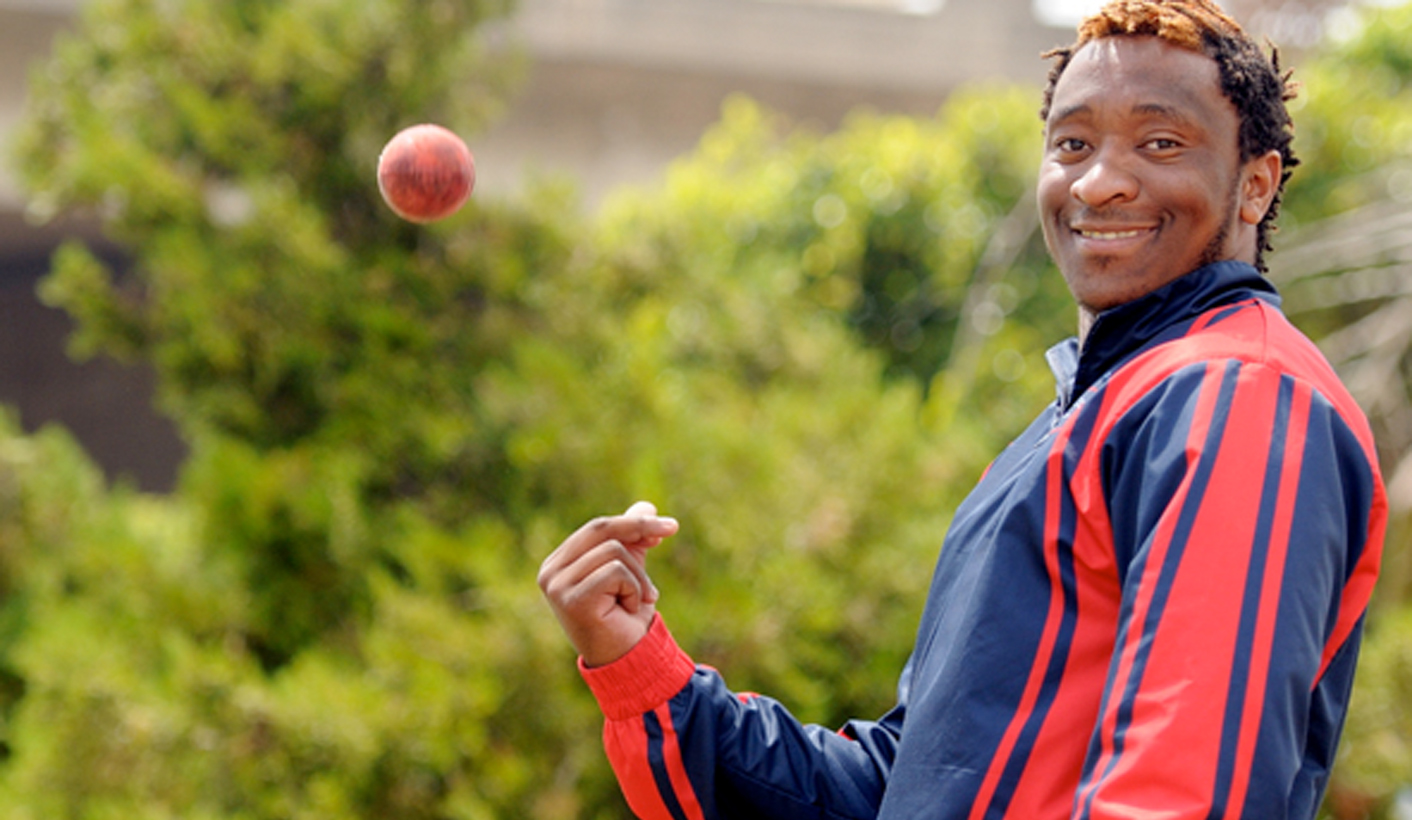 Over the weekend, Siphe Mzaidume became what many thought to be the poster child for what is wrong with transformation in South African cricket. Sure, the system is flawed and it still needs work, but an unknown club cricketer who has not even played county cricket certainly isn’t the best example of its failings. By ANTOINETTE MULLER.

There is much wrong with transformation in cricket in South Africa. How, after 20 years of democracy, is it possible that the country has produced just one prominent black African Test player?

Could it be that the economic divide entrenched by a brutal Apartheid government still shackles the previously disadvantaged? That the facilities at schools, especially in rural areas, simply aren’t good enough, if they even exist at all? Could it be that the parents of the black African players who dream of becoming cricketers simply cannot afford all the kit that goes along with pursuing a very expensive hobby, because of the economic discrepancy sowed by Apartheid, which still exist today? Or is the system so flawed that it does not care for those black African players at all?

Enter Siphe Mzaidume. A black cricketer who has, within the course of the last few days, seemingly become the poster boy for all that is wrong with transformation in South African cricket.

“On the verge of playing for England”, some of the headlines rang out, as Mzaidume is due to earn his English passport in June, after being in the country for over five years. That, by definition, means that he can play cricket for England, just like any other rogue South African who has been in the country for five years can play cricket for England. The public reaction was mixed with some misinterpreting the “qualifying for England” part as being close to a call-up when he was yet to make his debut for a county’s second XI.

The Mzaidume story is a sensitive one, because there is such a desperate need for a black cricketing hero in the country, it is easy to get swept up in sentiment. The thought that a potential talent might have slipped through South Africa’s fingers because of a kink in the system, is scary.

On closer inspection it is clear that Mzaidume isn’t really a lost talent. He was good enough to make it to provincial cricket for Eastern Province at Under-13, 15 and 17. Anyone who remembers their school days will remember that cracking provincial colours was always celebrated as a big deal, but it certainly wasn’t a sign that somebody would go on to make the national side.

Mzaidume spent some time at Border and played one game for the Under-19s. Following that stint he was told that he probably wouldn’t crack it as a pro. Up to the level where he made it, there are opportunities for players of colour, but as soon as things stretch beyond that, things become pretty tough for anyone trying to pursue a professional sporting career. Sometimes dreams are dashed.

As a result, he decided to pack it all up and try his luck in England, a country known for its vast number of “village cricket” clubs. He managed to land a stint Wollaston in the Northamptonshire Premier League in 2010. It’s not as fancy as it sounds. It’s simply a recreational club cricket league in Northampton. He ended up with 23 wickets at an average of 30.13, the third highest wicket-taker for the club for that season. Hardly emphatic and convincing.

The following year he moved on to Phoenix CC in Ireland. It was a short one and lasted just three games and it is the Daily Maverick’s understanding that his stint ended under dubious circumstances instead of the player himself simply choosing to move on.

Following that, he moved to Holmesdale, a club playing in Kent’s third division. He topped the wicket-taking charts with 39 wickets at an average of 16.20, marginally more impressive figures than his previous outings, but once again, nothing to get overly excited about considering the level it is being played at.

All Mzaidume’s achievements have come at a little above amateur level. With 18 counties in England, all with youth and second XI teams in tow, he has not even managed to break into those systems.

How would he be good enough to make it to the top level in South Africa’s franchise system? His stats are no more impressive than any other club cricketers. Mzaidume’s claims that “the system does not favour black cricketers”. On the surface, that might seem true, but it doesn’t favour bad cricketers either.

Out of the team in that one game that Mzaidume played for Border Under-19, it seems only three pursued a career in cricket. Only one, Rudi Second, ended up with a franchise contract. The other two, Brandon Williams and Luthando Mnyanda, are plying their trades at Border and the South Western District teams.  Muyanda, though, has taken everyone opportunity given to him. He’s in his second season as a semi-pro cricketer, made his debut for the Warriors in the 2013-14 season and attended the CSA/UFH Academy where he graduated from Academy with an Advanced Diploma in Information Technology.

The Border Emerging Semi-Pro Squad from 2010-11, for example, had a large representation of Black Africans. Many of those have progressed through assistance by CSA. Nandile Tyali is currently contracted by CSA as  a “Strength & Conditioning Coach” at the CSA / Fort Hare Academy along with coach Mfuneko Ngam. He  obtained his honours degree in “Human Movement Sciences” courtesy of a CSA bursary to attend the CSA / UFH Academy in Alice – Tyali couldn’t make it as a cricketer, but has a career ahead of him as a coach.A number of other players have gone through the university and Alice Academy on bursaries, managing both their studies and their cricket. This is a small sample group from one squad. There are other examples of how the system works in aiding the progression of Black African cricketers.

The harsh reality is that cricket is a damn difficult sport and opportunities are pretty hard to come by. They were even harder to come by five years ago when Mzaidume decided to up and leave after apparently being told he was not good enough. Many players discover that at an early age. South Africa’s current head coach, Russell Domingo, was also told he’d not be good enough to crack it as a pro. He pursued a coaching career instead and his current credentials prove that there are other opportunities available.

Cricket South Africa does spend effort and resources into the development side of cricket. The senior rural competition helps with access and has seen Mandla Mashimbiye gone from promising Titans player to assistant coach. The rising profile of the Ngumbela Cricket Festival in Healdtown is directly linked to the CSA efforts to promote cricket in all areas, particularly the marginalised rural communities.

The SA Under-19 World Cup squad is also well represented, with four of the squad being Black Africans. The representation at younger level has often been the case and the drop that happens after that has been intriguing. Daily Maverick understands that a programme has been set up to investigate why younger players are dropping off and not coming through the system.

It’s not an issue Cricket South Africa takes lightly. However, they can only do so much to actually fund the construction of facilities and kit. Completely dismantling the barriers will take a joint effort from both CSA and the government in order to level the playing field and it’s something the governing body is constantly working on.

“We are concerned as to why there has been such a limited representation at national level and that’s why we are setting up programmes to investigate the issue,” a CSA source who wishes to remain unnamed told the Daily Maverick.

“But in the same breath, we are encouraged by what we see at franchise level with the representation of black African cricketers now 20 to 30 percent higher than before. We have good programmes in place. Things like the University of Fort Hare, where Mfuneko Ngam is in charge, and we have the Cubs week, as well as the rural weeks, where we try to identify talent,” he added.

Let’s not beat about the bush. South Africa needs a black cricketing hero and there are some flaws in the system which make it difficult to find one. But an unknown club cricketer in a foreign country is certainly not the prime example of the country’s flaws. DM