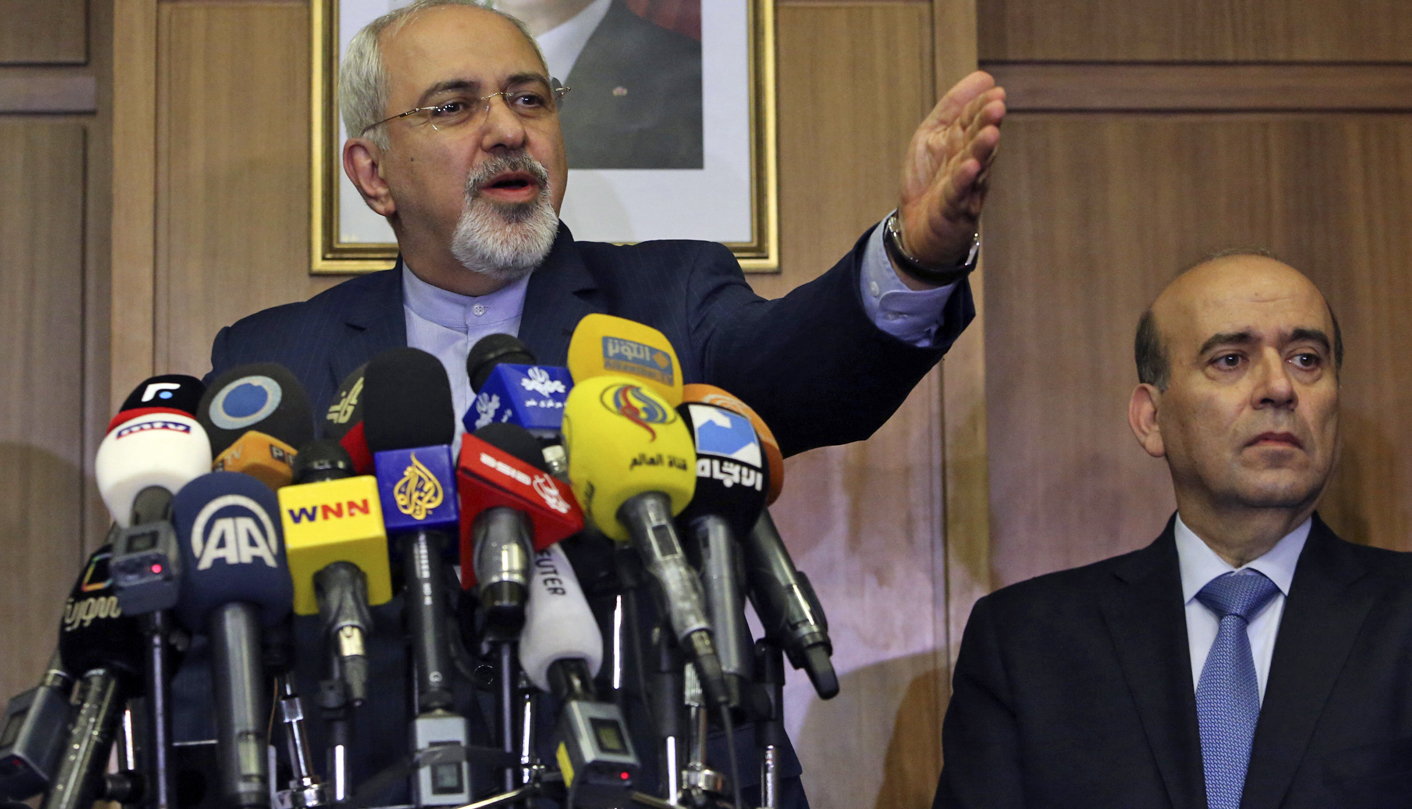 A deal for Iran to freeze parts of its nuclear programme in return for sanctions relief will take effect on Jan. 20, giving world powers and Tehran six months to agree a complete end to a standoff that has raised the risk of a wider Middle East war. By Parisa Hafezi and Justyna Pawlak.

U.S. Secretary of State John Kerry cautioned that the next stage in negotiations would be “very difficult” after Iran, Washington and the European Union announced the launch date for the interim deal struck in Geneva in November.

Iran will receive some easing of economic sanctions from Jan. 20, including the suspension of restrictions on Iranian exports of petrochemicals, a senior U.S. official said.

The official said such immediate relief – which will hinge on U.N. inspectors confirming that Iran is curbing enrichment of uranium – would include imports for its auto manufacturing sector and trade in gold and other precious metals.

Shortly after the interim accord goes into force, an Iranian official said, the two sides will start negotiating a final settlement of their differences about activity the West suspects is aimed at obtaining a nuclear weapons capability.

The Nov. 24 agreement appeared to halt a slide towards a major Middle East conflagration over Iran’s nuclear aspirations. But diplomats warn it will not be easy to carry out given deep mistrust characterising a decade-long dispute.

The Iranian official, Deputy Foreign Minister Abbas Araqchi, said the deal would allow Iran to stop complying if it saw its partners not living up to their own commitments.

“We don’t trust them,” he told state television, reflecting ingrained suspicions between Iran and the West that underlie what have been protracted negotiations.

President Barack Obama said he would veto any new sanctions passed by the U.S. Congress during talks on a long-term deal with Iran, but said Washington would be prepared to increase its sanctions if Iran fails to abide by the agreement.

“Capitals have confirmed the result of the talks in Geneva … The Geneva deal will be implemented from Jan. 20,” Marzieh Afkham of the Iranian Foreign Ministry told reporters in Tehran, the semi-official Mehr news agency said.

“We will ask the IAEA to undertake the necessary nuclear-related monitoring and verification activities,” she said in a statement, referring to the International Atomic Energy Agency.

Senior officials from the EU and Iran met in Geneva on Thursday and Friday to iron out remaining practical questions related to the implementation of the Nov. 24 deal, under which Iran agreed to scale back activity with the greatest, latent risk of “weaponisation” – higher-level uranium enrichment – in return for some relaxation of sanctions.

According to U.S. estimates, the overall sanctions relief provided to Iran under the deal is worth about $7 billion. Of this amount, $4.2 billion is in the form of access to currently blocked Iranian revenues held abroad.

“Iran will not have access to the final instalment of the $4.2 billion until the last day of the six-month period.”

EU spokesman Michael Mann said on Friday that any agreements would need to be validated by the governments of Iran and the six powers.

The accord is designed to last six months and the parties aim to use the time to negotiate a final, broad settlement governing the overall scope of Iran’s nuclear programme.

Elaborating on the preliminary deal, Deputy Foreign Minister Araqchi told state television that each party’s commitments would be implemented “in one day”.

“After the first step is taken, then in a short period of time we will again start our contacts for resumption of negotiations for the implementation of the final step.”

He added: “We don’t trust them… Each step has been designed in a way that allows us to stop carrying out our commitments if we see the other party is not fulfilling its commitments.”

Under the terms of the interim deal, Iran must limit its enrichment of uranium to 20 percent fissile purity for a period of six months as the price for relaxation of some sanctions.

But Ali Akbar Salehi, head of Iran’s atomic energy organisation, said on Saturday it would have no choice but to step up enrichment to the 60 percent threshold if a bill now moving through parliament is approved – even though it has no current need for such highly-enriched uranium.

The bill’s supporters say uranium refined to 60 percent concentration would be used to fuel nuclear-powered submarines. That would put Iran on the technical verge of 90 percent fissile concentration – enough for the core of a nuclear bomb.

The measure has received expressions of support from at least 218 of parliament’s 290 members and, if passed, could jeopardise progress toward a resolution of the nuclear dispute.

The Iranian parliament is much more hawkish on the issue than moderate President Hassan Rouhani, who was elected overwhelmingly last June on a platform to ease Iran’s isolation by pursuing diplomatic solutions to disputes with big powers.

But some see the proposal, put forward last month, as a response to a bill introduced by hardline conservatives in the U.S. Senate that would impose stiffer sanctions on Iran, which Western diplomats fear would shatter nuclear diplomacy.

Diplomats earlier this month said that the talks had hit a snag over research and development of a new model of advanced nuclear centrifuges that Iran says it has installed.

Such R&D would be aimed at improving the Islamic Republic’s existing centrifuge technology so it can enrich uranium faster and more efficiently, a prospect the West finds worrisome.

Centrifuges are machines that refine uranium for use as fuel in atomic power plants or, if purified to a high level, weapons. There was no immediate indication as to whether this issue remained a problem or had been to some extent resolved. DM