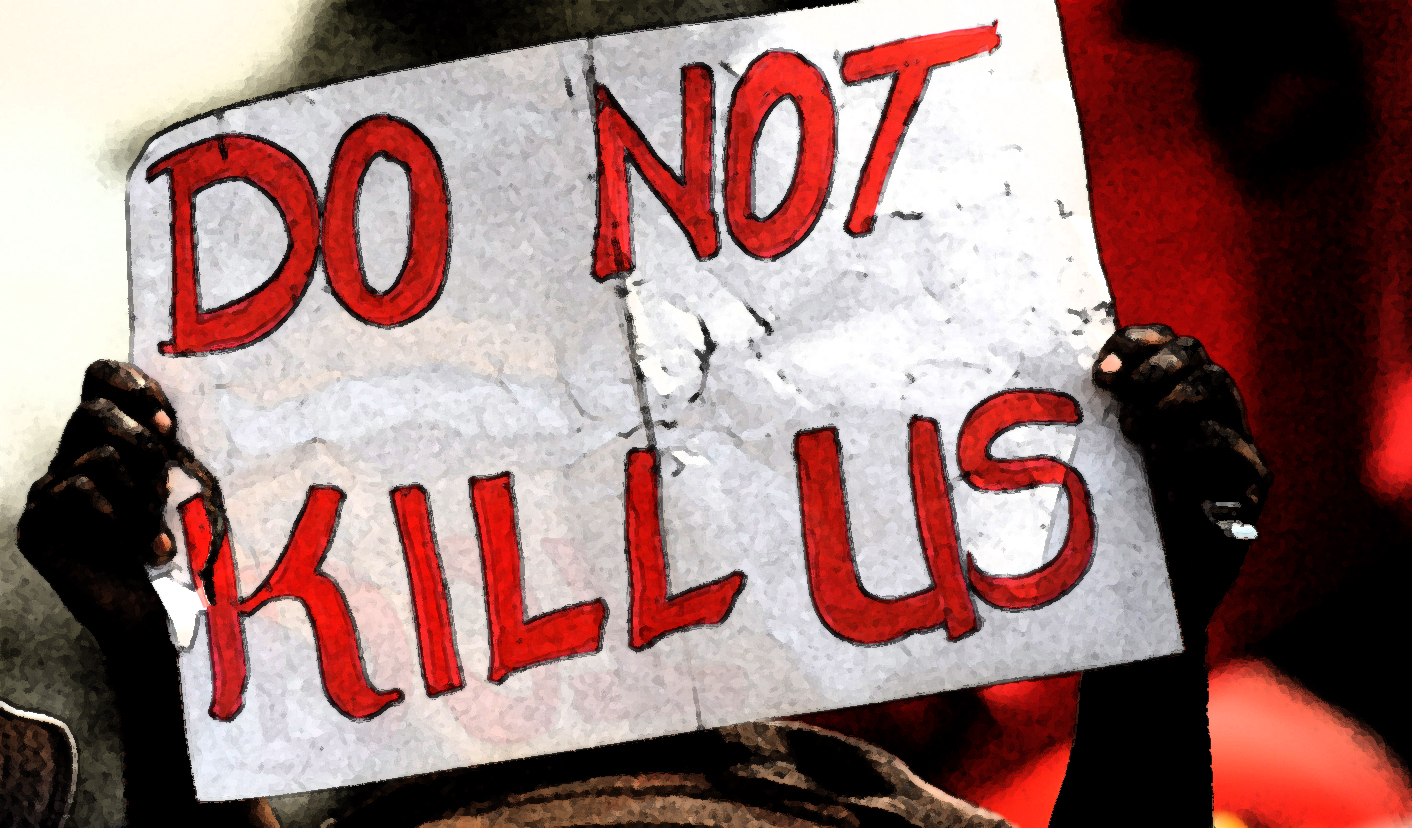 This month, Parliament will start deliberating whether Robert McBride is the right man to lead the country’s police watchdog Ipid. The murder of 20-year-old fruit trader, Foster Jan Rivombo, allegedly by Tshwane Metro Police officers, should serve as an urgent and haunting reminder of what’s at stake. ALEX ELISEEV reports.

Foster Jan Rivombo sold apples and bananas to earn a living. He had a three-month-old son and an older brother – also a street trader – whom cared for him deeply. Jan Rivombo, barely out of his teens, was apparently a quiet young man who didn’t smoke, drink or cause any trouble.

Last week, in a scuffle with Tshwane Metro Police Department (TMPD) officers on Bosman Street, Jan Rivombo was shot in the “upper body” and killed. As of Sunday night, not a single TMPD officer had been arrested for the crime. Four street traders who were caught up in that scuffle, however, were arrested for malicious damage to property and public violence, appeared in court and remain in jail. If, at this point, anger is starting to boil up inside your chest, take a deep breath and know that you are human and are reacting to a fundamental injustice.

The details surrounding the murder are, of course, disputed.

The South African Police Service (SAPS) is investigating the case and say the TMPD officers came under attack from the traders on Wednesday while trying to confiscate fruit and vegetables. The traders were allegedly throwing stones at the officers and somewhere in that skirmish, shots were fired and Jan Rivombo was hit.

But those who were there that day claim something entirely different. They say the officers have been harassing them for ages, seizing their permits the one day and returning the following day to confiscate their products based on the fact that they were selling them without permits.

According to informal traders’ organisations, the fight on Wednesday broke out because the traders had grown sick of this and were demanding some kind of a receipt for the seized goods. A “ticket”, as they call it.

There are also reports that Jan Rivombo was slapped around, pepper sprayed, shot and shoved into the back of a police van, with an ambulance arriving much later – allegedly after an hour – to find the wounded man “weak, powerless and dying”.

Four TMPD officers have been suspended in connection with the shooting but, unless they are criminally charged, the worse that will happen is they will lose their jobs.

On Friday, when the four hawkers appeared briefly in court, there was a small protest out in the street. Politicians got stuck in, as they always do, expressing shock and outrage and calling for action. But that’s simply not enough. How many more of these kinds of cases will South Africa witness before something changes? How many more Mido Macias and Andries Tatanes will have to die?

In Cape Town, metro police officers smashed a blind busker’s guitar, beat him and dragged him off to jail. In the process they humiliated a man trying to support his family and crushed his spirit. In Johannesburg, the Constitutional Court had to step in and order around 2,000 traders to be allowed to return to work after they were evicted by the metro police in “Operation Clean Sweep”. (The Tshwane equivalent is called “Operation I Can”). Complaints about Johannesburg Metro Police officers harassing street hawkers and taking away their stock have been around for years. Then there’s the never-ending corruption and bribery along with the often-catastrophic handling of protests by just about every metro police department out there. Today, in fact, two TMPD officers are due to appear in court for allegedly robbing a motorist of R500,000.

It may not be a fair comparison, but those raging against Jan Rivombo’s death compared it to the Marikana bloodbath.

“We don’t want Marikana here where innocent people are killed by police. There will be no Marikana in Tshwane,” said Lesego Makhubela, of the local branch of the ANC Youth League.

Many countries battle with police brutality aimed at the poor and voiceless. But in South Africa, a poison is spreading through our law enforcement. On what planet is it acceptable to handcuff a man to a police van and drag him through the streets? Or beat a blind man for singing on a street corner? Or open fire on a young man selling apples and bananas, even if he throws stones at you? We do not want to be that country. We do not want to watch those in uniform crush those weaker than them.

Whether Jan Rivombo had a permit or not, whether he was selling his fruit legally or illegally, he should be alive today.

Fixing the metro police departments is a massively complex affair. It requires a fundamental shift inside and strong oversight on the outside. It requires those who take bribes to be caught. Those who shoot at unarmed hawkers to be arrested and prosecuted. It requires a watchdog with teeth and credibility before a nation that’s going to need a whole lot of convincing. It requires a message to be sent that this kind of behavior must stop immediately.

So when Parliament’s portfolio committee on police meets on the 28th of this month to start talking about Ipid’s leadership and future, it should think about Jan Rivombo. It should think about his brother and his son. And the rest of his family, which says they are too poor to afford a funeral for him. It should think about Cape Town busker Goodman Nono and all the others. It should think beyond Police Minister Nathi Mthethwa’s nomination of Robert McBride – which is clearly political – and decide whether it’s really for the best of the organisation. An organisation that can help stop – or at least slow down – the runaway criminality and lawlessness within the metro departments.

McBride was the chief of the Ekurhuleni Metro Police Department, one of the most controversial of the lot. The cost of having Ipid paralysed through politics, losing any more credibility or firing anything but all cylinders is too grim to bear. DM