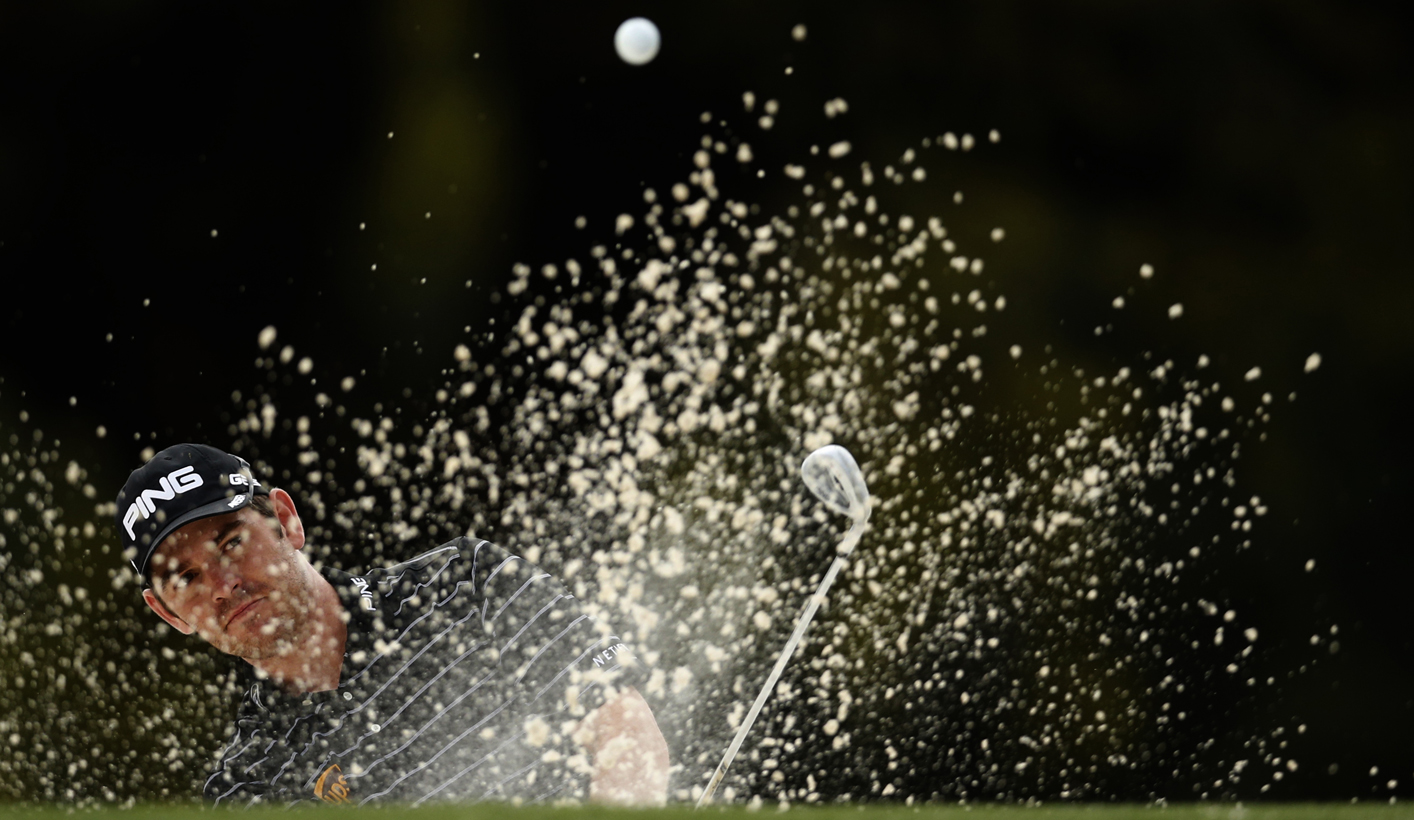 Durban Country Club, the Grand Old Lady of South African golf, was at her usual testing best for the final round of the Volvo Golf Champions on Sunday and it was defending champion Louis Oosthuizen who once again had the skills to tame her. By KEN BORLAND.

Oosthuizen fired a four-under-par 68 in the final round to finish on 12-under overall and claim a one-stroke victory after starting the day two shots back.

Fellow South African Branden Grace also shot a 68 and was watching his good friend while he enjoyed the clubhouse lead on 11-under-par.

With the north-easterly back blowing towards the Durban city centre, the opening holes were a testing challenge and Oosthuizen stayed patient, his calm and measured approach seeing him register seven straight pars before a brilliant eagle three at the eighth sparked his round.

A seesaw back nine saw him post consecutive birdies on the 13th and 14th holes, before an errant tee shot led to a bogey on the par-four 16th. But birdies on the last two holes saw Oosthuizen home and dry, his seventh European Tour victory in the bag.

While Oosthuizen, who won the 2013 Volvo Golf Champions at the same venue by the same margin, had the experience to handle the final-round pressure at Durban Country Club, the claws were out for young Tommy Fleetwood, the overnight leader.

The 22-year-old started well with a birdie on the par-three second hole, but dropped shots on the fifth, seventh and ninth holes, all par-fours, as Grace and Oosthuizen caught him at the top of the leaderboard. Fleetwood birdied the 10th, but it took another birdie on the last hole for him to post a level-par 72 and claim a share of third place, on 10-under, with Joost Luiten of the Netherlands.

It is a mark of Oosthuizen’s quality that he has managed to win the title two years in a row while employing totally different tactics around the highly-rated 5885-metre course. Last year he used driver extensively, but this year, due to his niggly back, he stuck to long-irons.

“The big change between this year and last is my back. Although the condition of my lower back was fine today, I didn’t feel it at all, I don’t feel comfortable hitting driver yet. I can’t hit my driver softly, I like to have a proper go and I don’t want to have thoughts like ‘this could hurt’ in my head.

“It’s amazing that last year I hit so many drivers and this year I used irons, but luckily this is the type of course where you can do it. I was very focused with my iron-play and there are only a few places you can hit the ball on every hole. You can either play it safe or take the hole on, but nothing in between,” Oosthuizen said.

While Oosthuizen chose the conservative route, that is not to say the danger is gone on a course like Durban Country Club. As his bogey on 16 showed when he tugged his tee-shot perilously close to the bushes and had to chip back out on to the fairway.

But he bounced back with a birdie on the 351-metre, par-four 17th, and said that was the decisive moment of the final round with Grace threatening to snatch the spoils.

“At 17 I felt I needed one more birdie to make a playoff so I went more aggressively; lucky the wind was off the left to bring the ball back. It worked out well that I was so close to the flag. Under the circumstances, that was probably the winning shot; 119 metres is the perfect distance for my sand wedge,” Oosthuizen said.

Grace is renown for coming from behind to snatch victory, but the 2012 champion was left to rue a bad missed putt for par on the par-three 15th.

“It was just unfortunate I let a couple of ones slip out there, but this really gives you a push in the right direction, so I’m really stoked with this beginning to the season,” Grace said.

Oosthuizen was level with Grace as he teed off on the final hole, the driveable par-four 18th, and there were a few oohs and aahs from the grandstand as his long-iron bounced through the green, but the 2010 Open champion said that was always the plan.

“On 18 you’d rather be past the flag than short, and I was able to chip backwards into the grain. I just wanted to get my tee-shot past the pin, it’s a really tough shot if you leave it short,” Oosthuizen said.

The 31-year-old said he was now going to be working with his physiotherapist on strengthening his lower back ahead of his departure to the United States in three weeks’ time, the Northern Trust Open at Riviera being his next competitive tournament.

“It means a lot to start the season with confidence; it’s a nice boost. The next few weeks I’m going to be working hard on my physical training, getting my lower back 100%. It’s nice not to worry about anything else out on the course, just to play golf.”

To beat an elite field on a challenging course like Durban Country Club suggests Oosthuizen does not have much to worry about as he looks to put an injury-plagued 2013 behind him. DM

Photo: Louis Oosthuizen of South Africa hits from a sand trap on the 18th green during first round play in the 2013 Masters golf tournament at the Augusta National Golf Club in Augusta, Georgia, April 11, 2013. REUTERS/Mark Blinch