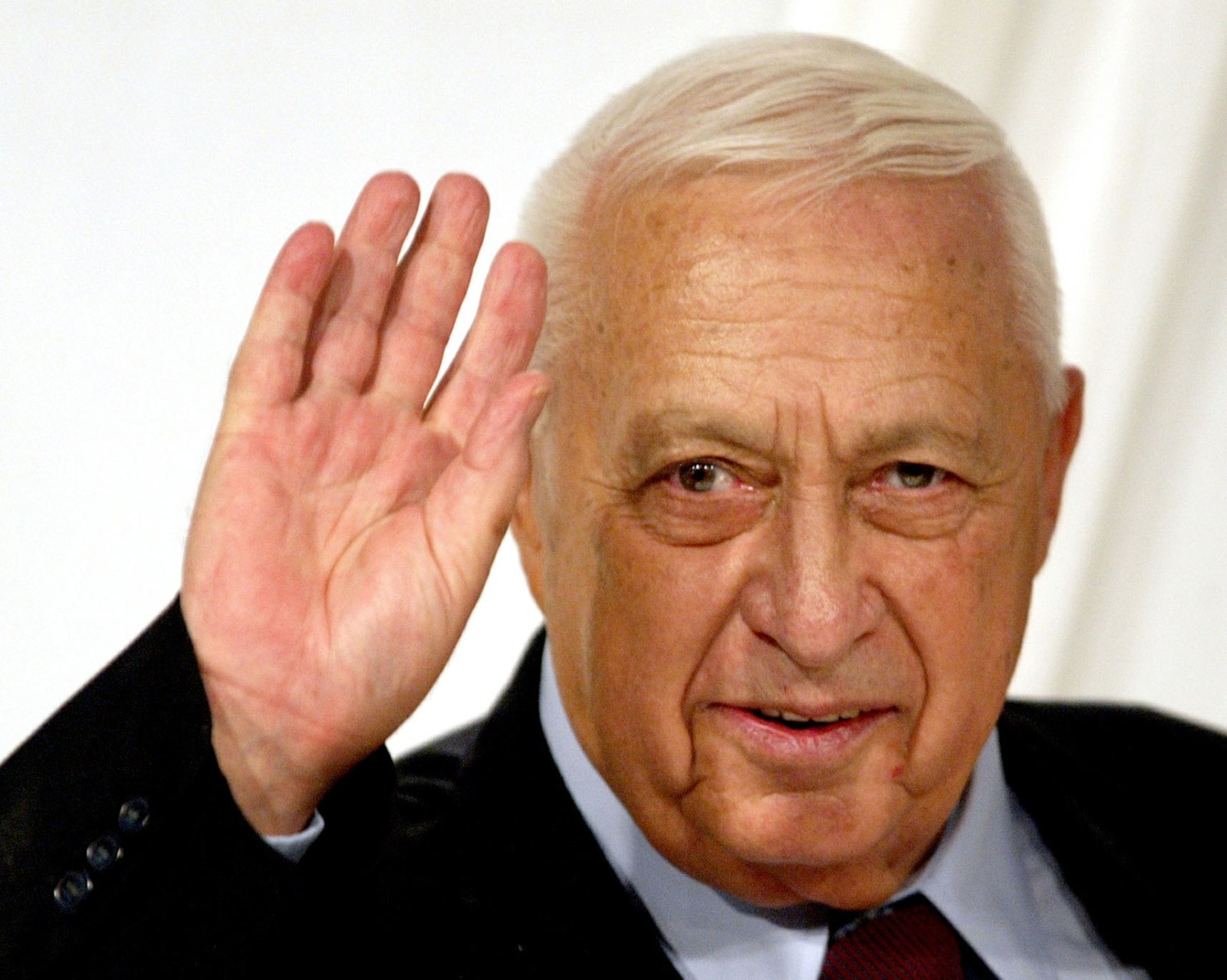 A maverick in war and politics, Israel's Ariel Sharon reshaped the Middle East in a career marked by adventurism and disgrace, dramatic reversals and stunning rebounds. By Dan Williams & Jeffery Heller

Loathed by many Arabs and a divisive figure within Israel, Sharon left his mark on the region as perhaps no other through military invasion, Jewish settlement building on captured land and a shock decision to pull out of Gaza.

A commander in the army from the birth of Israel in 1948, he went on to hold many of the top offices of state, surviving fierce debate over his role in refugee camp massacres in the 1982 Lebanon war to be elected prime minister in 2001.

Famously overweight, he suffered a stroke that put him into a coma in 2006, when he was at the height of his power, and died on Saturday without ever apparently regaining consciousness.

Some diplomats believed that had he remained in good health, he would have secured peace with the Palestinians after overcoming domestic critics to force through the withdrawal of troops and settlers from the Gaza Strip in 2005.

“As one who fought in all of Israel’s wars, and learned from personal experience that without proper force, we do not have a chance of surviving in this region … I have also learned from experience that the sword alone cannot decide this bitter dispute in this land,” Sharon said in 2004, explaining his move.

As prime minister, Sharon presided over some of the most turbulent times in Israeli-Palestinian history, a Palestinian uprising that erupted in 2000 and an Israeli military crackdown after peace talks collapsed. AsIsrael’s leader, he besieged his arch-nemesis Yasser Arafat with tanks after suicide bombers floodedIsrael from the occupied West Bank.

Long a champion of Jewish settlement on land Israel seized in the 1967 Middle East war, Sharon, serving in 1998 as foreign minister, urged settlers in the West Bank to “run and grab as many hilltops as they can to enlarge settlements, because everything we take now will stay ours”.

He said the contested decision to quit the Gaza Strip, which pulled apart his Likud party and persuaded him to form a new political force, would enable Israel to strengthen its hold over “territory which is essential to our existence”.

It was a reference to the West Bank, where his government began the construction of a massive barrier during the Palestinian uprising. Israel called it a security measure – Palestinians condemned the project as a land grab.

Sharon dominated Israel to a degree not seen since the era of its founding prime minister, David Ben-Gurion.

Like many native Israeli leaders, Sharon, born in British-mandated Palestine, grew up in a farming community. He later lived in a sprawling ranch in southern Israel, and was often photographed lumbering through its fields.

Sharon joined the pre-state Haganah Jewish underground at the age of 14.

Wounded as a young officer in the 1948 war of Israel’s founding, he went on to lead key commando units and crafted a policy of reprisals – even at the cost of innocent lives – for cross-border Palestinian guerrilla raids.

Along with a reputation in the military for recklessness and disobeying orders, Sharon was hailed for daring operations that brought victories on the battlefield. He retired a major-general.

“It was he who set out the principle that no one who attacked our troops or civilians would be immune, no matter where they were,” said ex-Defence Minister Yitzhak Mordechai.

Passed over for chief-of-staff, Sharon left the military in the summer of 1973. Three months after he quit, he was back as a reservist-general, commanding troops that launched a counter-offensive that helped rout Egyptian forces in the Yom Kippur 1973 Middle East war.

A photo of Sharon in the desert, in battle fatigues and with his head bandaged, became an iconic image of the conflict.

He helped form the Likud party, which courted Israel’s underclass of Jews of Middle Eastern descent and rose to power in the 1977 election, ending the dominance of the “European” Labour Party.

Appointed agriculture minister, Sharon used that post and his chairmanship of a ministerial settlements committee to break ground on new settlements – helping to earn him the nickname “Bulldozer”.

As defence minister under Prime Minister Menachem Begin, Sharon masterminded the 1982 invasion ofLebanon, one of Israel’s most divisive campaigns.

What started as a stab against Palestinian guerrillas on the border evolved into a murky and costly bid to install a government more friendly to Israel in Beirut.

Arab hatred of Sharon crested with the massacre of hundreds of Palestinian civilians in the Lebanese refugee camps of Sabraand Shatila by Israeli-allied Christian militiamen.

He denied wrongdoing but was eventually forced to resign as defence chief in 1983 after an Israeli probe said he bore “personal responsibility” for not preventing the bloodshed.

Sharon described those findings as a “mark of Cain”, and many thought that his political career was finished. But after holding a series of cabinet posts, he was elected as the head of the Likud in 1999 and prime minister in 2001, serving until his stroke five years later.

As a cabinet minister, he visited Jerusalem’s al-Aqsa mosque compound in 2000, the third holiest place in Islam, which is also revered by Jews as the site of the Biblical Jewish Temples.

The visit, in a part of Jerusalem that Israel captured in the 1967 war and annexed in a move that has never won international recognition, was widely seen as a spark for the second Palestinian uprising.

During the subsequent tsunami of violence, the respected Palestinian-American academic Edward Saidcalled Sharon a “homicidal prime minister” who deployed “systematic barbarity” against the Palestinians throughout his career.

“Isn’t it clear that Sharon is bent not only on breaking the Palestinians but on trying to eliminate them as a people with national institutions?” Said wrote in The Nation newspaper in 2002, a year before his death.

Known in Israel by his popular nickname “Arik”, Sharon could charm with a grandfatherly glint in his eye and a jocular laugh. He could also flash disapproval with a cold, steely stare. He had a penchant for Broadway musicals and copious amounts of food.

Sharon was married twice. His first wife, Margalit, died in a car accident in 1962. They had one son, who was killed in 1967 when a friend accidentally shot him while playing with a rifle. In 1963, Sharon marriedMargalit’s sister, Lily, who died of cancer in 2000. They had two sons.

“Sharon was a mass of contradictions – a peerless cynic and a proven patriot, a man who built up the Likud and then walked out on it, who mixed up Jews and Palestinians in the West Bank while pulling out of Gaza,” said Uzi Benziman, author of “Sharon: An Israeli Caesar”.

He noted the varying theories about what motivated the Gaza withdrawal, including that it aimed to distract from corruption allegations at the time that dogged Sharon and his sons.

“Whatever the truth, it cannot be denied that Sharon’s legacy was to convey to Israelis that holding on to all of the (Palestinian) territories would not last,” Benziman said. “He was the last of the real leaders.” DM