JPMorgan To Pay Over $2 Billion To Settle Madoff Case 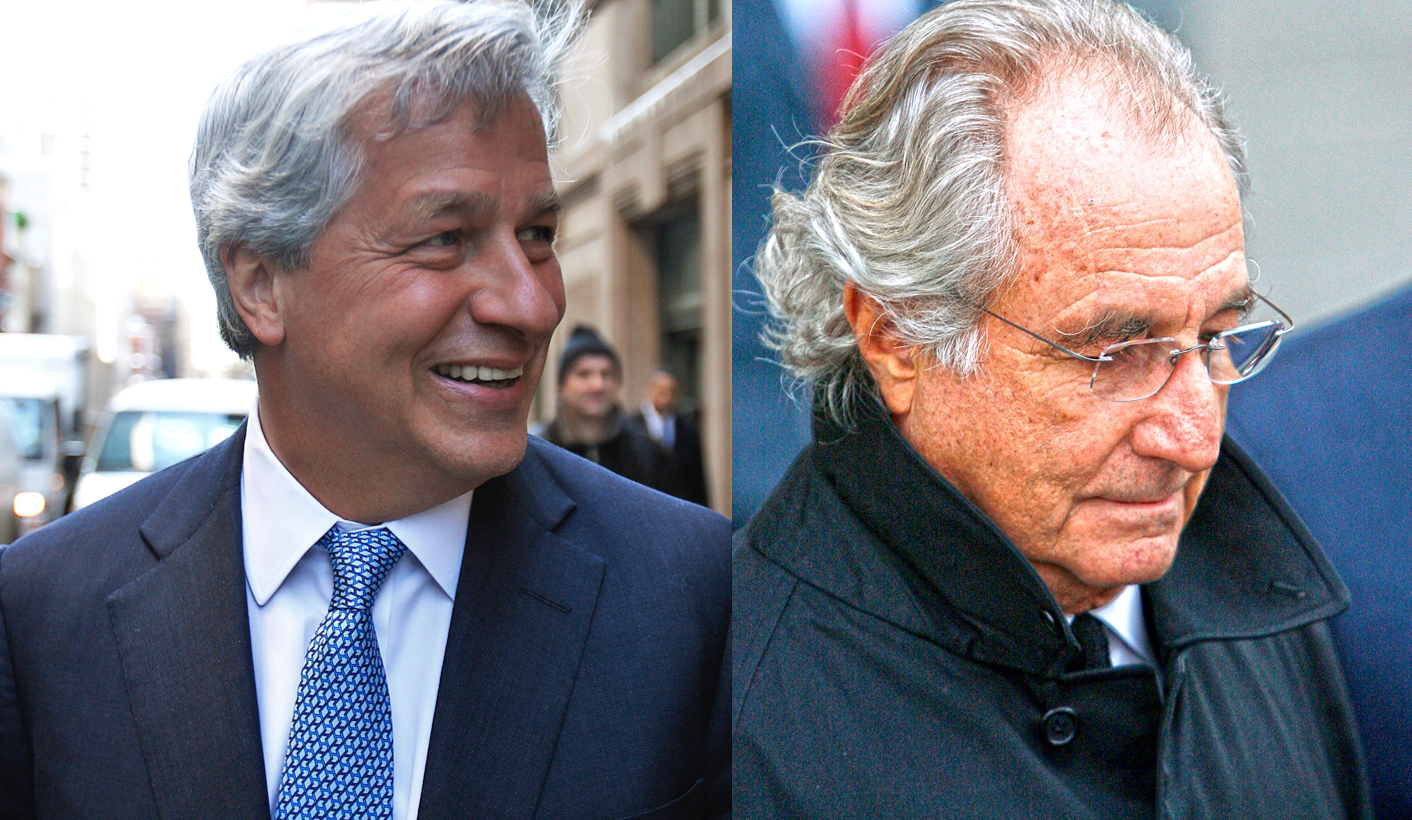 The $2 billion sum includes the largest forfeiture a bank has ever had to pay to resolve anti-money laundering violations.

As part of the deal, JPMorgan is admitting to a laundry list of failures to explore red flags it found. This led to the government’s conclusion that it violated laws requiring it to monitor customer activity for money laundering during its two-decade relationship with Madoff, authorities said on Tuesday.

Among the failures included in a detailed statement of facts released by U.S. prosecutors are instances dating back to the early 1990s in which JPMorgan employees acknowledged to each other that Madoff was engaging in improper behavior but did not report it to authorities or end the banking relationship.

The penalties JPMorgan agreed to pay will resolve another probe for the largest U.S. bank, which faces at least eight other government investigations covering everything from its hiring practices in China to whether it manipulated the Libor benchmark interest rate.

This fall, after the bank agreed to pay $920 million to settle regulatory probes relating to an embarrassing $6.2 billion loss from derivatives trades, JPMorgan said it had set aside up to $23 billion in reserves for legal expenses. In November, it agreed to a $13 billion settlement with the U.S. government over the bank’s mortgage bonds.

Shares of JPMorgan were down 1.3 percent at $58.26 in afternoon trading.

“We recognize we could have done a better job pulling together various pieces of information and concerns about Madoff from different parts of the bank over time,” JPMorgan spokesman Joe Evangelisti said in an email. “We filed a Suspicious Activity Report (SAR) in the UK in late October 2008, but not in the U.S.”

He added: “We do not believe that any JPMorgan Chase employee knowingly assisted Madoff’s Ponzi scheme.”

As part of the deal, the bank agreed not to apply for a tax deduction or tax credit for the $1.7 billion payment, which will go to the victims of Madoff’s fraud, according to Tuesday’s announcement.

U.S. bank regulators will appear with prosecutors and the FBI at a press conference scheduled for 1:15 p.m. (1815 GMT) in New York.

“The facts  are quite extreme,” said Jimmy Gurule, a former Treasury Department official who is now a professor at Notre Dame University’s law school. “The bank was clearly willfully blind, I think, to detecting and reporting suspicious transactions to the Treasury Department.”

Madoff, through his Bernard L. Madoff Investment Securities LLC hedge fund operation, was revealed in December 2008 to be the operator of the largest known Ponzi scheme in history. Convicted in 2009 of defrauding thousands of investors, he is serving a 150-year prison sentence.

Madoff kept an account at JPMorgan Chase, or banks it had bought, from 1986 until his arrest in December 2008, according to the statement of facts that the bank agreed to for public disclosure.

The account at the bank received deposits and transfers of about $150 billion, almost exclusively from investors in Madoff Securities, yet the money was not used to buy securities as Madoff had promised, according to the statement.

The balance in the account reached $5.6 billion in August 2008 but was down to $234 million when Madoff was arrested four months later.

At various times between the late 1990s and 2008, employees of various divisions of the bank “raised questions” about Madoff Securities and the validity of its investment returns. Yet “at no time during this period” did they bring their concerns to U.S. anti-money laundering employees who were responsible for monitoring the bank’s relationships with its clients, according to the statement of facts.

The bank did not file any suspicious activity reports on Madoff Securities in the United States until after Madoff’s arrest.

According to the statement, Madoff routinely made “round-trip” transactions during the 1990s between two accounts, one he held at an undisclosed bank and one at JPMorgan held by one of that bank’s private banking clients. By taking advantage of the normal delays in the check-clearing process, he made it seem as though both accounts had more money than they did.

JPMorgan paid interest on the inflated amount in its private banking client’s account and continued dealing with Madoff even after the other bank notified it of the scheme, according to the statement.

An employee of JPMorgan’s private bank said in a 1994 memo that “the daily cost associated” with Madoff’s withdrawals was “outrageous.” But when the employee tried to tell JPMorgan’s private banking client about the scheme, the client responded: “If Bernie is using the float, it is fine with me; he makes a lot of money for my account.”

Some prior settlements did, including an agreement that resulted in HSBC’s forfeiting $1.2 billion in 2012. That bank committed to making internal changes and was required to appoint a monitor to review its efforts.

“The big difference between this agreement and the HSBC agreement is that the HSBC agreement had remarkable detail concerning the compliance that the bank was required to undertake,” said Brandon Garrett, a professor at the University of Virginia law school who studies corporate crime.

While reports about HSBC’s compliance are required to go to a federal judge, JPMorgan must only provide reports about its anti-money laundering efforts to prosecutors, Garrett said. DM