Book review: The Grand Scam by Rob Rose – how the Tannenbaums and Madoffs get away with it 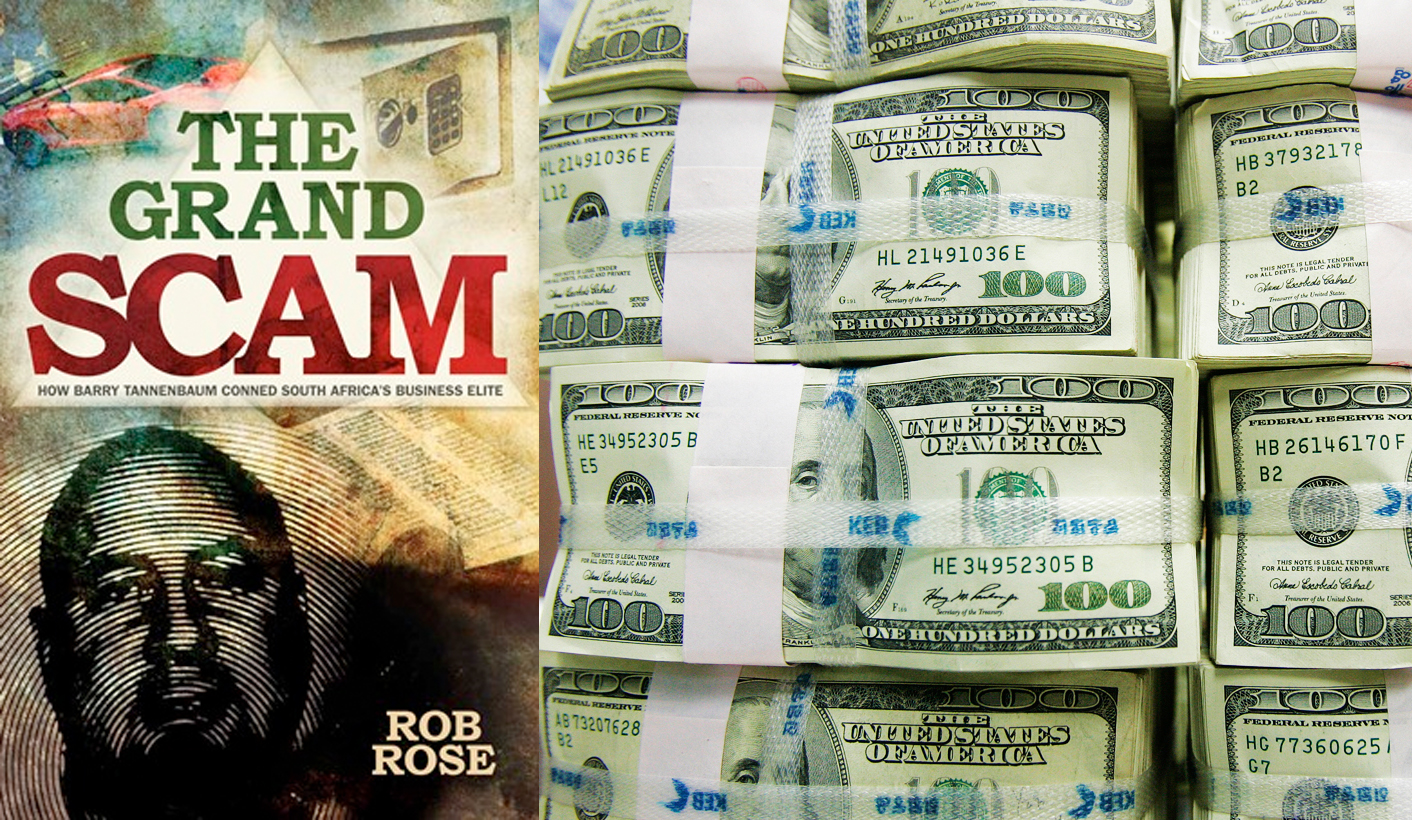 In June 2009, investigative journalist, Rob Rose, exposed the largest financial fraud case in South African history in a Financial Mail article. In bold lettering and accompanied by a hazy photo of alleged mastermind Barry Tannenbaum, the magazine posed a question: “SA’s Madoff?” The Grand Scam is Rose’s narrative as to how, and crucially why, Tannenbaum’s name will forever be etched in infamy. By STYLI CHARALAMBOUS.

In the four years since the Ponzi scheme was outed, many of the sordid details that saw nearly 1000 investors swindled out of more than R12 billion, have come to light. Reading through Rose’s crafted account of events, you can imagine a massive whiteboard of faces and figures, connected via a red cotton spider web of deceit, hovering over the author as he painstakingly puts the pieces of the sham together for us. It’s the first thing that strikes you about the book, the level of detail Rose is able to describe, after what must have been countless hours of research and interviews. Clearly this is more than just a collection of previously written articles sewn together under the carrot of a book deal, like many other works based on headline-grabbing events.

Rose is the journalist who broke the story for Financial Mail back in 2009, after attending a meeting of investors where their worst fears were confirmed in the law offices of Routledge Modise. (These days, Rose is the Business Times editor) It was a story that sparked a media frenzy as the uncanny parallels between Barry Tannenbaum’s investment scheme and that of Bernie Madoff began to surface. Both had hugely respected family names in business circles and both took advantage of their Jewish roots to lure in unsuspecting, but prominent ‘investors’. And had the collapse of Lehman brothers not scuppered the imminent investment of a US hedge fund into the Tannenbaum scheme, it could have easily matched the Madoff scale of wealth obliteration, estimated by trustees to be around $18billion.

Rose starts the reader on a journey sketching out the history of the Tannenbaum family, and why its prominence was a crucial factor in laying the groundwork that allowed the ruse to surge to such epic proportions in the space of only five years. Although the book takes a while to get going as the necessary family and South African Ponzi scheme history is detailed for the reader, the pace of the book picks up almost as rapidly as investors were throwing money at the scheme during its peak.

For those who didn’t follow the coverage when the story initially broke, the list of high profile investors duped by the portly boy-next-door-of-a-well-to-do-Jewish-family reads like a Who’s Who of South African business circles. Embarrassingly, CEOs of major companies were amongst the hundreds of people taken for an expensive ride, and in one case even went so far to act as an introducing agent to the scheme. As far as South African Ponzi schemes go, they don’t come much bigger or high profile, as the former CEO of Pick ‘n Pay, Sean Summers found out, waving goodbye to R19 million through the scheme.

The Grand Scam does well to interrogate the claims that Tannenbaum could not have acted alone, and that his co-conspirators must have been in on the racket. Lawyers Darrel Leigh and Dean Rees played starring roles in attracting the clients to the scheme that was played out through Frankel Chemicals, a company owned and controlled by Barry Tannebaum. By creating fake orders from South Africa’s largest pharmaceutical companies, like Aspen Pharmacare, and then trading on the credibility of the Tannenbaum name, South Africa’s corporate elite and even some international moguls, were collectively relieved of billions of rands.

But to say the scheme only violated the rich is a misnomer. Rose details the accounts of struggling families and middle-class people who were also scammed out of savings and mortgage-funded cash as the net spread wider, fuelled by innate human greed and the need for new investors to fund the almost 200% returns promised to older participants of the scheme.

South Africa isn’t really known for its excellence in financial journalism, with many of the books in this space limited to tedious tales of self-glorifying success stories or a banal spewing of facts and figures onto pages that hardly make for epic page-turning encounters. What Rose has managed to do amidst a sea of fraudulently produced emails and financial documents, is to successfully weave these well-researched details into a compelling story that makes for entertaining reading alongside its other purpose to shed light on the shortcomings of the financial system that allowed this mess to escalate into a poo storm that spanned the globe.

The book aims to answer the question of how Tannenbaum was able to so easily dupe so many successful people, as well as reveal his motive. It touches on the psychology of what drives people like Madoff and Tannenbaum, and what circumstances allow these schemes to prosper.

Not surprisingly, there are many similarities between these two cases but then again the template for Ponzi schemes has been tried and tested even before Charles Ponzi made the already notorious technique infamous in 1920. But unlike the Madoff case where the erstwhile Bernie is counting down the balance of his 150-year sentence, no-one has been slapped with any jail time in this case. Whilst investors have had to defend themselves from advances of the NPA and SARS, the main alleged protagonists in Tannenbaum and Rees, sit aloofly in their Australian and Swiss homes respectively, pointing the finger of blame at each other while our justice system sits impotent on the side.

Most of the questions are answered in a book that is well worth the investment of one’s money and time. If nothing else it should arm you with the tools to spot a Ponzi scheme from a distance. But if history, and the nature of humankind, is anything to go by, it’s only a matter of time before the next scandal of this kind makes headline news again. DM