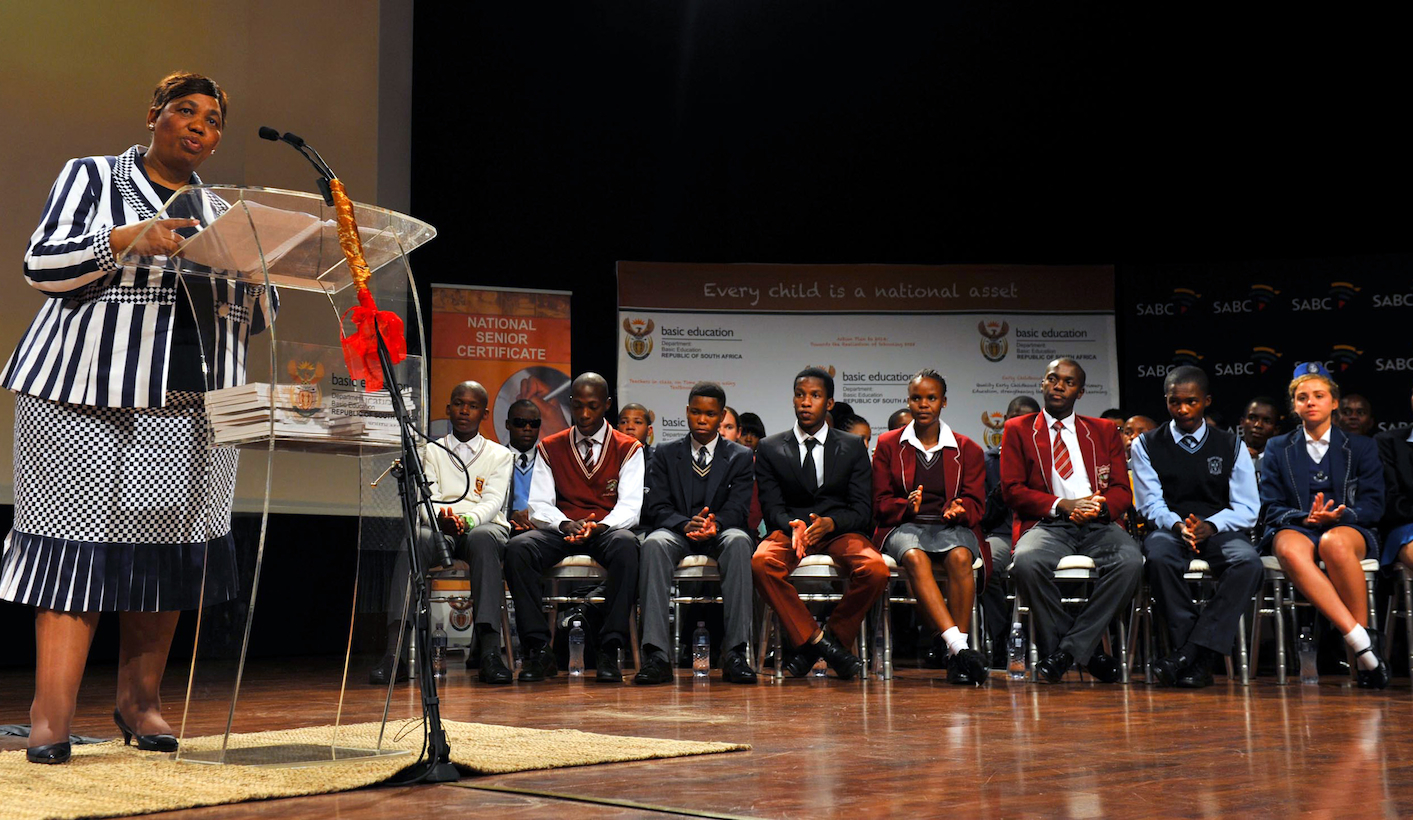 It was Nelson Mandela who said, “Education is the most powerful weapon which you can use to change the world.” Twenty years after the formal end of the Apartheid, education remains one of the most telling gauges of change in South Africa. The just-released matric results have great relevance in this context. By KHADIJA PATEL.

Minister of Basic Education Angie Motshekga hailed the class of 2013 as, “The best class since the advent of democracy.” President Jacob Zuma had similar words of congratulations. He noted that the improvement in the number of learners who had earned Senior Certificates has culminated in the highest pass rate since the dawn of freedom and democracy in South Africa.

“Our youth are proving that South Africa has changed for the better, our children have improved opportunities to do better,” Zuma said in a statement released shortly after the results were revealed.

And the numbers certainly seem to affirm these words of celebration.

A total of 562,112 learners sat for their matric exams last year. Of those, 439,779 satisfied the requirements for a Senior Certificate. Those numbers then translate to a national pass rate of 78.2 %, a significant increase from last year’s 73.9 %.

At the start of the Zuma administration in 2009, the pass rate was 60.6%. Since then, it has climbed every year. These latest results are the best yet with a total of 30.6% of matriculants fulfilling the requirements for university entrance. A total 551 schools registered a 100% pass rate, up from 441 in 2012. More worryingly, nine schools in the country recorded a 0% pass rate.

Still, while the results reveal a rather sunny assessment of the state of education in South Africa, Motshekga was quick to quell scepticism. “Our exam papers are up to a standard that can be compared internationally,” the minister said.

But other education experts in the country have not shared her enthusiasm. Most notably, University of Free State vice-chancellor Jonathan Jansen who wrote in the Sunday Times this weekend that “the bad news for the minister is that, as a result of much-improved education journalism in recent years, reports by independent research bodies and widely publicised exposés of broken schools by education rights groups, we now know these results are grossly misleading.”

Similarly, the University of Johannesburg’s deputy vice-chancellor internationalisation, advancement and student affairs, Tinyiko Maluleke, has questioned the actual worth of a matric certificate.

“And yet, after the applause has died down; after the triumphant follow-up interviews and advertorials; after the usual suspects have finished scolding the government of the day in opinion pieces and talk shows (yours truly included), one question will remain. It is a question we all feel in our guts, but one we are often embarrassed to pose, let alone attempt to answer. Can the matric certificate still be trusted?” Maluleke asked in a column published by Independent Newspapers.

These comments however have not gone unnoticed by the Department of Basic Education.

Speaking ahead of Motshekga, Deputy Minister of Basic Education, Enver Surty, lambasted “people in academia” who denigrate the system, asking if the actual achievements of learners should be thus dismissed.

“We are making progress, we are moving away from mediocrity,” Surty said.

He acknowledged however, “The challenges are enormous.”

And those challenges are manifest in the realities of the education system beyond the neat lines of numbers revealed annually as matric results.

In New South African Review 3, Shireen Motala, Director of the Postgraduate Centre: Research and Innovation Division at the University of Johannesburg, writes, “In the welter of discussions about pass rates, marks, standards and assessment in the recent past, less focus is given to the purpose of education, and education as a public good with social benefits above the level of the individual.”

Viewing education as a public good, as something that provides young people with the political competence and human capital necessary for society to function may actually be what Mandela was talking about.

But how equitable is education in South Africa, measured particularly by matric results?

According to the Department of Basic Education itself, 60% of South African youth don’t make it beyond grade nine.

Grade nine is, of course, the last compulsory year of schooling in the life of a South African youth but experts feel that weaker learners are increasingly being discouraged from returning to school in order to push up matric pass rates.

And this year’s two best performing provinces, Free State and the North West have been fingered as the biggest culprits in this regard.

The year 2013 was a torrid year for the Department of Basic Education. And some believe Minister Motshekga is lucky to still hold onto her job (She’s “indicated” that 99% of textbooks for 2014 have already been delivered, just in case the Union Buildings may be tempted). She has now been able to put a happy ending to that torrid year by trumpeting her achievements in office, base on ever-improving matric results.

If it must be given, kudos to the Minister, her office and everyone else in the country who works hard to ensure learners are prepared for their matric examinations. But the success or failure of the South African education system cannot be pinned to the matric results alone – not when so many are excluded from sitting their exams in the first place.

PS. From all of us at the Daily Maverick, congratulations to the Class of 2013. Real life starts now. DM