Ahead of test series, boisterous Aussies fire the first shots 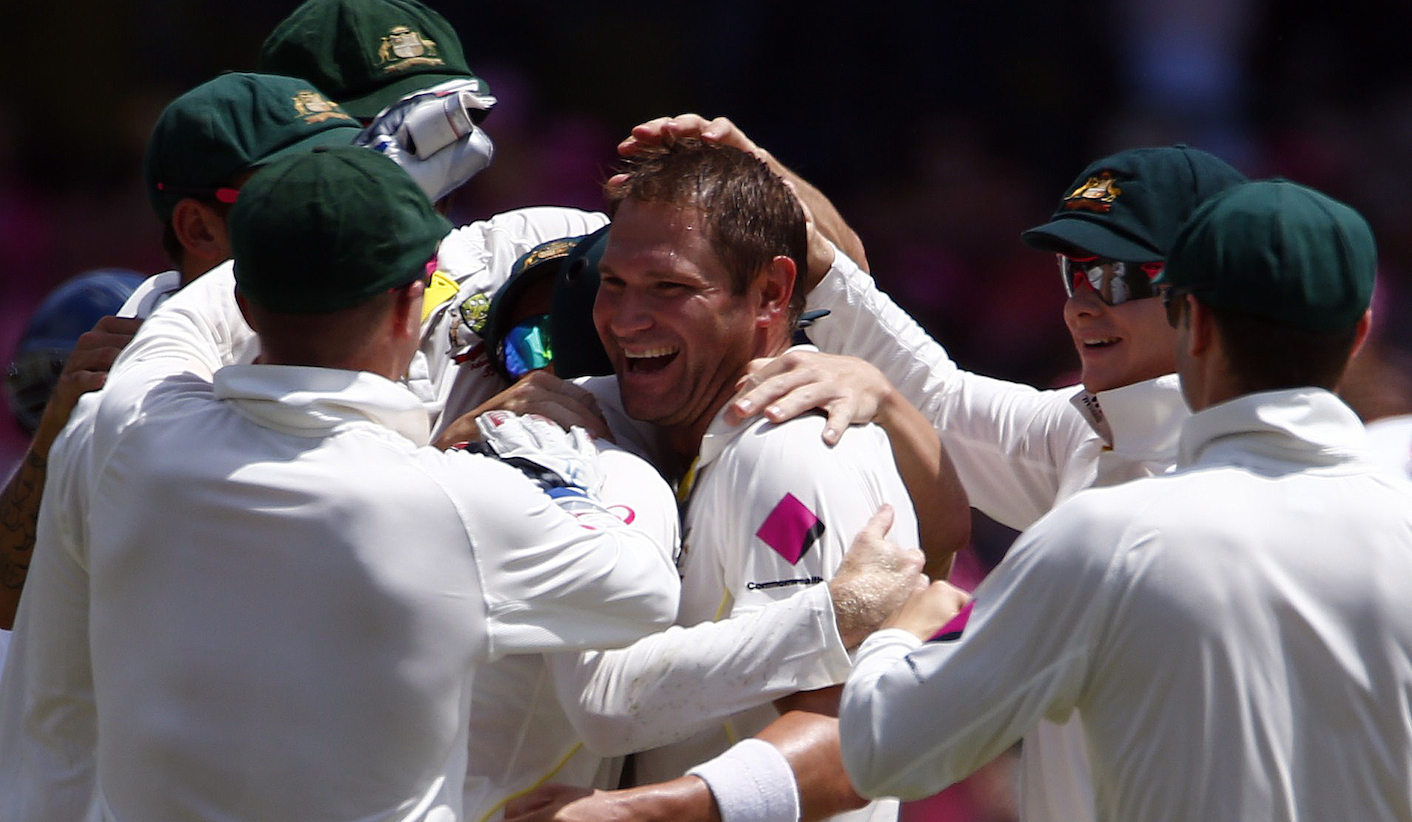 There will be a lot of talk leading up to South Africa’s Test series against Australia and it’s the visitors who have started the handbags, with three players claiming that their bowling attack is “the best in the world”. It’s certainly got the South African public’s tails up and although it’s largely waffling, it’s a sideshow that will add much energy to the cricket played on the field. By ANTOINETTE MULLER.

In the coming month, as the build-up to South Africa and Australia’s Test series hots up, get ready for more fighting words. On Tuesday, Michael Clarke, David Warner and Peter Siddle have all said that Australia have the best bowling attack in the world following their 5-0 thrashing of England in The Ashes.

It’s the statement that’s likely to get South Africans’ tails up, but it’s the kind of thing that should be taken with a pinch of salt. Although England’s ineptitude largely flattered Australia, they deserve to be full of confidence and after some delightful fast bowling spells, why wouldn’t teammates talk each other up? It’s natural, and the ire it provokes from the South African public is endearing and somewhat comical.

In the greater context of things, journalists ask questions to prompt certain answers and can often be persistent in their approach to get the response they want. Take the unnamed English correspondent who, according to Cricinfo, thrice asked Siddle about being the best bowling attack in the world. The Australian promptly responded: “For the third time, yes. Did you get that? Good, okay, remember.”

It might be largely meaningless waffle, but it’s welcome chatter in the current climate of South African cricket. Following a soured summer with a truncated tour against India which was underscored by bitter boardroom fighting, the public display of handbags is just some light-hearted fun which should add to the interest and intrigue of the contest which will be competing for public affection with the resumption of the Super Rugby season.

Although stadium crowds aren’t always a direct indication of interest, the grounds were disappointingly empty during India’s tour, despite it being a holiday period. Even for Jaques Kallis’ final Test, very few fans bothered to show up. The apathetic attitude towards attending live matches is nothing new in South Africa, but perhaps a more hyped up contest will inspire some to change their minds.

Following the Ashes win, the Test series between the two rivals has become one of the most eagerly anticipated contests of the South African summer with subplots aplenty.

Although Aussie quick Ryan Harris has said that the Australian team’s aim is to climb to number one in the Test rankings, that is a feat Australia will not be able to achieve in South Africa, even with a 3-0 sweep. Even an emphatic thrashing of the Proteas would only take them to second, even if Harris thinks otherwise. He told the press: “If we win in South Africa we go to number one in the world, which is our goal. But more importantly we just want to make sure we keep winning.”

The number one berth might be out of reach, so the “keep winning” part will have to be the main focus and will also be the biggest challenge. South Africa have earned their place at the pinnacle of the rankings with precise consistency. In the last five years, the Proteas have played 41 Tests and lost just nine. Every other team in the top seven of the ICC’s rankings have played more Tests than South Africa in that same time period, but nobody has a better win/loss ratio.

While some questioned South Africa’s character in the first Test against India, their record is truly extraordinary. They have not lost a series at home since 2009, which, incidentally, was against Australia.

Both sides have a point to prove. South Africa will want to show that they are not meek while Australia will want to prove their win against an England side in disarray was down to their own ability and not another team’s inability.

Equally intriguing will be the battle of the fast bowlers, particularly the fitness of the Australians. Fitness has been a struggle for some of Australia’s bowlers and that they managed to go the entire Ashes without a single injury is nothing short of astonishing.

Harris is one of those who struggled with the demands of Test cricket and was an integral part of the Aussie victory over England, but that performance has not come without a price. He delayed surgery on his knee to remove floating bone and in order to ensure he makes the tour to South Africa will delay it even further.

Thankfully for Harris and Siddle, neither of them will be part of the limited overs squad who are due to complete an ODI and T20 series against England before travelling to South Africa, a welcome reprieve for two of Australia’s mainstays.

For South Africa, all eyes will be on the vacancy left by Jacques Kallis and how they adjust to life after him. The series against Australia is South Africa’s most important of 2014: they only have a tour to Zimbabwe and visit from the West Indies to look forward to for the rest of the year. With the Proteas set on creating a legacy in Test cricket, a convincing win over Australia would be an another building block towards that legacy; injecting a little bit of fun off the field only adds to the spectacle. DM