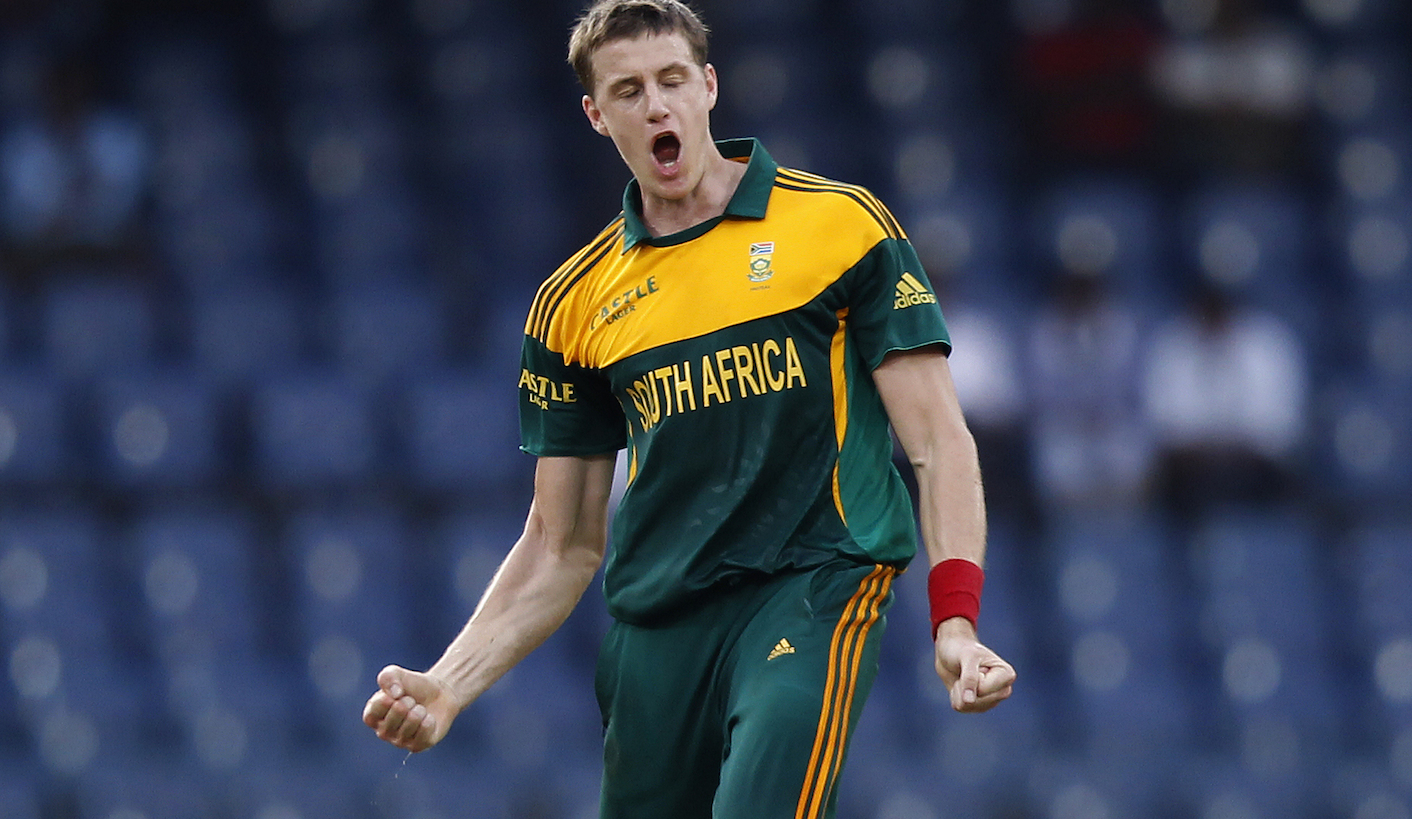 Morne Morkel doesn’t exactly pick up buckets of wickets, but his value to the South African side cannot be underestimated. His ability to keep things tight and put pressure on the opposition has been the cornerstone of the team's success. While South Africa’s legacy as a Test team will continue to blossom, the individuals who craft it should not be forgotten. BY ANTOINETTE MULLER.

When South Africa’s bowling attack is mentioned, the first two names that spring to mind are Vernon Philander and Dale Steyn – and so they should. They are ranked number one and two respectively in the bowling rankings and have formed a lethal new-ball pairing that has the ability to take 20 wickets even on flat decks. One player who isn’t often mentioned, though, is Morne Morkel.

Perhaps that is because the lanky right-armer isn’t exactly the usual fast bowler. He might be tall and during the second Test against India, he had Allan Donald-like zinc smeared across his face, but he rarely gets overly aggressive and in batsmen’s faces. He also doesn’t have the wealth of wickets his teammates have, although 183 sticks in 53 matches is nothing to be scoffed at. Yet, since Philander’s introduction to the side, Morkel’s role has become far more nuanced and delicate. His performances in the two Tests against India have been particularly impressive, despite having little in terms of wickets to show for it. Morkel’s economy rate never crossed the 2.15 mark. In the first innings of the first Test, he managed a rate of 1.47. His line, length and approach has been instrumental in engineering wickets for his teammates and his supporting role is seriously underestimated. He has bowled in various positions throughout his career, but it’s the first change over the last year where he has been immensely successful. Although he has not picked up a load of wickets, his economy rate has only ever passed 3.00 once in 2013, and it’s that ability to build pressure which has allowed his teammates to dismantle batting line-ups.

Morkel, though, is a bowler of all trades. When South Africa toppled England from the number one ranking in 2012, he opened the bowling alongside Philander in the first Test and picked up four wickets in the first innings, but an old no-ball problem which marred his performances throughout his career had resurfaced once again. For Morkel, it’s something which he has to consistently work on.

“I’m not as naturally gifted as Dale and those guys. They don’t even have to train and they have rhythm. I have to work hard and rhythm for me is key, it’s part of the game and it’s a controllable, so if you work on it, you’ll get it right,” he told The Daily Maverick at the launch of the Road to Number One DVD.

Morkel might not be aggressive and as charismatic on the field as some of his colleagues, but he is one of the members of the squad who have a unique sense of humour. During South Africa’s tour of England in 2008, he walked into the groundsman’s shed at The Oval, taking the wrong route on his way back to the dressing room after getting out. It was something which caused much laughter from players and spectators alike.

By the time he had made his way through the crowd to the dressing room he was asked by England supporters what he was doing going the long way around. Morkel simply responded that skipper Graeme Smith had told him if he got out that he would not be allowed to return to the dressing room.

His dry sense of humour and his ability to stay calm under pressure is something which translates to his bowling, too. Instead of snarling and barking at opposition, Morkel prefers to have a quiet word here and there and although he’s not afraid of bouncing players, he believes that the game is changing and with batsmen becoming more used to playing short-pitched bowling, different skills like slower ball bouncers now need to be perfected.

“As soon as I start losing my cool, I feel I’m not focussing on the basic things. Just to run up and have a clear mind is something I work on a lot and prepare for before a game. Bouncing people is my strength with my height, so I must use that to my advantage. But these days guys are used to the bounce and the pace, so it’s a different skill I need to develop,” Morkel said.

South Africa’s rise to the top of the world rankings have been underscored with some remarkable performances, but the support from locals have been somewhat underwhelming. Unlike winning a World Cup, there are no open-top bus parades or exalting of the Test stars, but Morkel still hopes that through solid performances on the field, a common ground can be found to use sport as a vehicle to bring people in South Africa together.

“Sport brings the country the country together and with Test cricket being the best form of cricket, I hope that we can achieve that through our performances on the field,” the bowler added.

While much is often made out of the state of Test cricket in the country, Morkel hopes that the legacy the current side is building towards will allow the longest format of the game to continue having an important part in South Africa’s sporting DNA.

“Tests are the pinnacle for me and as long as we keep doing well and we lead from the front, Test cricket will always be healthy in South Africa. It’s important for this current team to leave a legacy behind and the youngsters to follow it up and buy into the plan. We have a good team culture which gets introduced to the new guys coming into the team and they get into it pretty quickly,” he added.