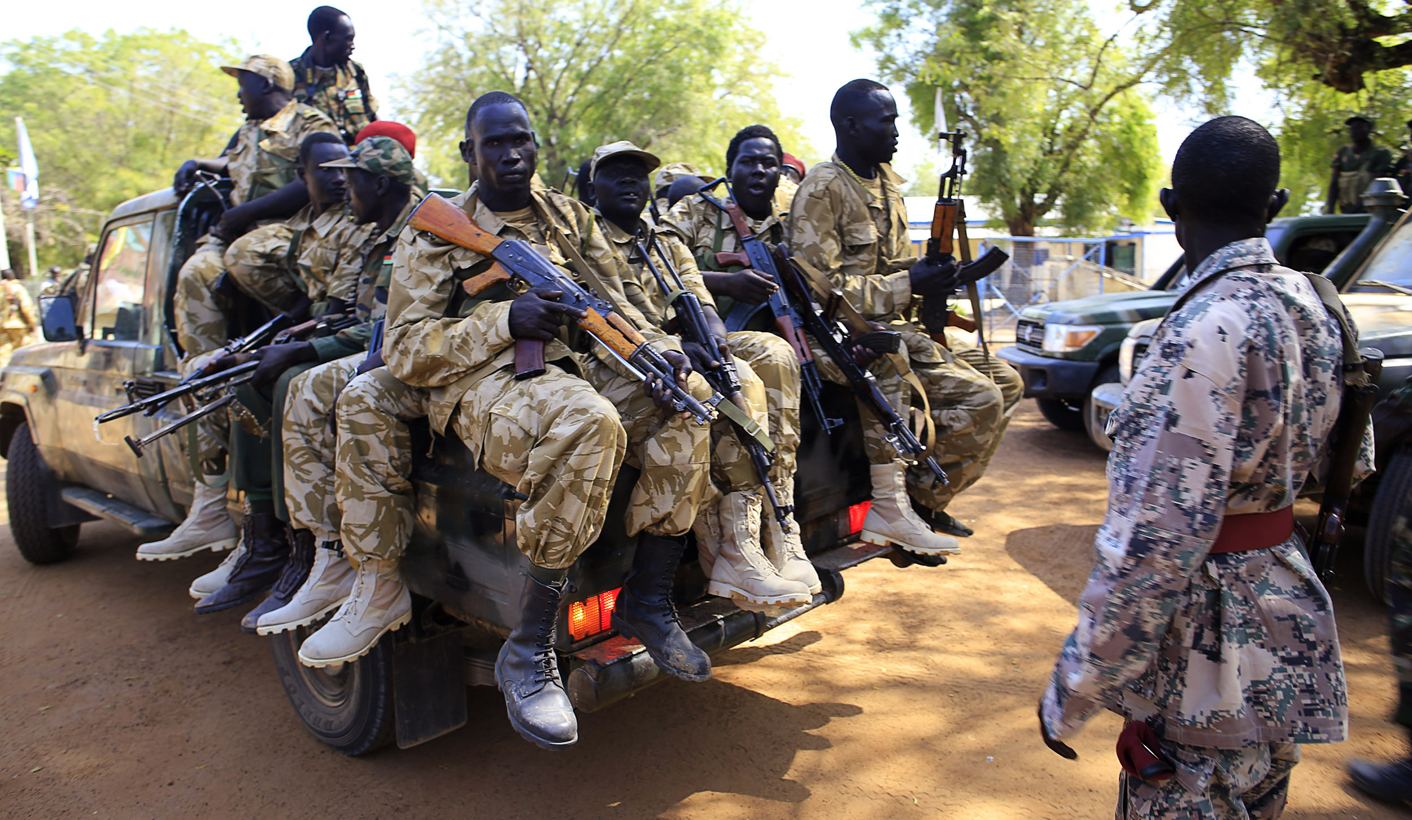 South Sudan's army fought on Sunday with "White Army" ethnic militia, accusing rebels of mobilising the force despite its offer of a truce to end the conflict in the new country. By Carl Odera and Aaron Maasho.

Two weeks of fighting have left at least 1,000 dead and split the oil-producing country barely two years after it won independence from Sudan. It has also raised fears of an all-out civil war between the main Dinka and Nuer ethnic groups which could destabilise fragile East Africa.

The feared White Army – made up largely of Nuer youths who dust their bodies with ash – clashed with government troops 18 miles from the town of Bor five days after rebels were driven out, Information Minister Michael Makuei said.

A rebel spokesman denied the White Army was controlled by Riek Machar, a Nuer, the former vice president whose followers oppose President Salva Kiir, a Dinka.

Makuei told Reuters on Sunday the White Army militia had dwindled in numbers – from estimated 25,000 strong – after Nuer politicians and tribal elders persuaded them to abandoned their march on Bor.

“About 5,000 refused to abandon the march and they have proceeded with their advance on Bor. They then dislodged (government troops) from Mathiang, about 18 miles from Bor,” Makuei said by phone from South Sudan’s capital, Juba, 190 km (120 miles) south of Bor by road.

The White Army are recognised by the ash, prepared from burnt cow dung, with which they cover themselves to ward off insects. They are armed with machetes, sticks and guns.

Rebel spokesman Moses Ruai Lat said that rather than being under Machar’s control, the armed Nuer youth were an “independently organised force”.

Army spokesman Philip Aguer said the rebels were mobilising youths and armed civilians for another attack on Malakal, the capital of the oil-producing Upper Nile state. Rebels were pushed out of the town on Friday.

Toby Lanzer, the U.N. Humanitarian Coordinator in South Sudan, told Reuters by phone from Malakal that about 25,000 people are seeking refuge in the town’s U.N. base. He said streets were empty and the town’s busy market had been looted.

“There is palpable sense of fear among people who have either lost everything or been caught in the crossfire, or who simply don’t feel safe enough to be home,” Lanzer said, adding that the U.N. estimates at least 180,000 people have been displaced during the 15 days of fighting in South Sudan.

The United Nations said the involvement of the White Army brought another volatile ingredient.

“South Sudan does not need another escalation of the crisis involving armed youth, pitching communities against communities. This can end in a vicious cycle of violence,” U.N. Special Representative of the Secretary General Hilde Johnson, said in a statement.

Machar made no immediate comment on the rebel force or on the government’s offer of a ceasefire on Friday.

Witnesses spoke of panicked civilians fleeing Bor to escape another round of bloodletting.

The scene of a massacre of Dinka in 1991 by Nuer fighters loyal to Machar, Bor was retaken by government troops last Tuesday after several days of heavy fighting.

If there were a repeat of the tactics of 1991, “nothing will prevent devastation”, Aguer said, appealing to Machar to stop the youths.

A U.N. helicopter spotted a group of armed youths 50 km (30 miles) from Bor but could not confirm their numbers.

Among the civilians trying to escape Bor was Juuk Mading.

“We are very scared,” Mading, a father of four, said from a crowded river jetty as he waited in the fierce heat for a boat to cross the White Nile river to a neighbouring state.

Some 60,000 people are seeking refuge in U.N. bases across South Sudan.

As well as offering a truce, President Kiir’s government said it would release eight of 11 senior politicians, widely seen to be Machar allies, arrested over an alleged coup plot against Kiir. DM

Photo: South Sudan army soldiers hold their weapons as they ride on a truck in Bor, 180 km (108 miles) northwest from capital Juba December 25, 2013. South Sudanese troops have retaken the flashpoint town of Bor in Jonglei state, a week after the town fell to rebels loyal to rebel leader Riek Machar. REUTERS/James Akena