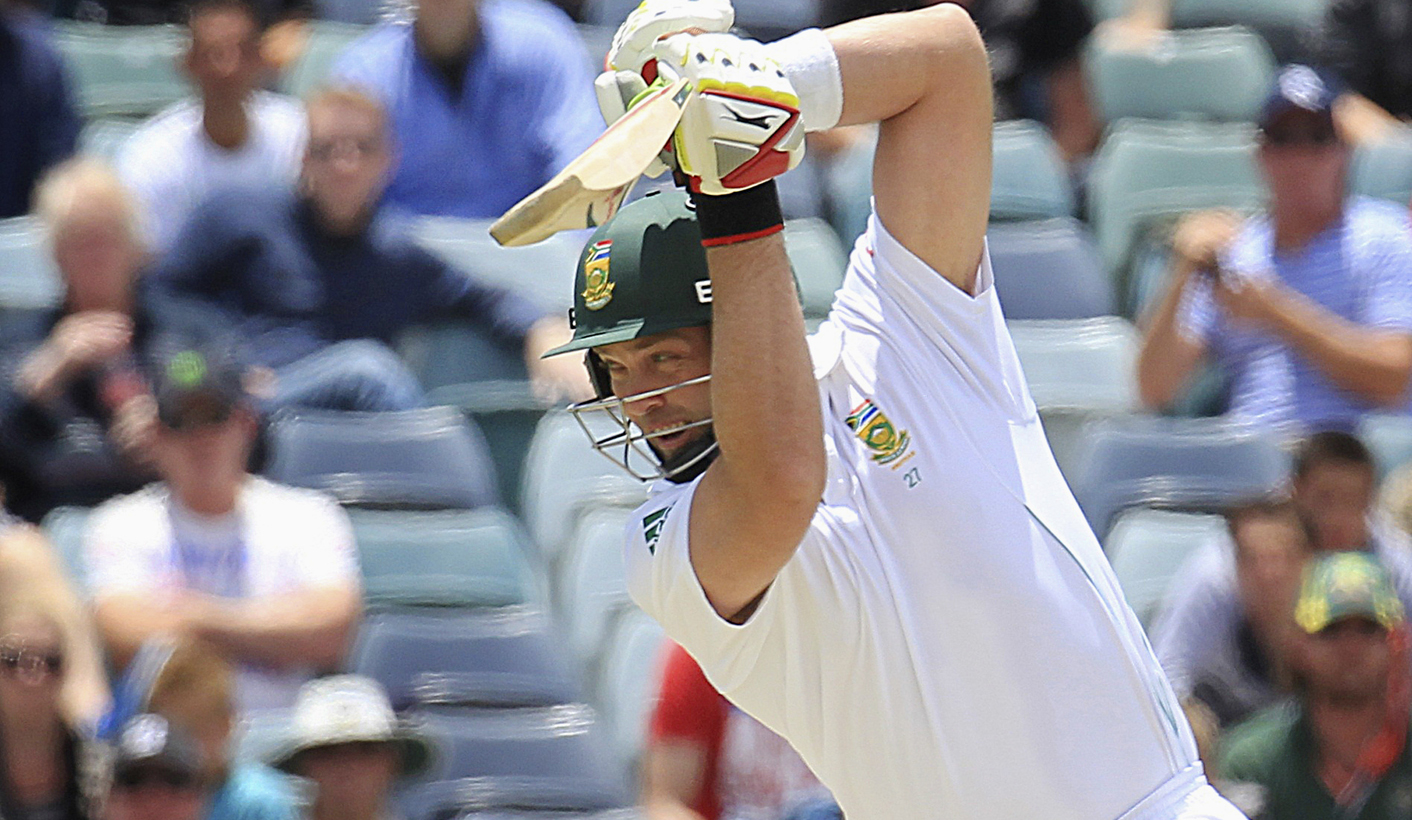 Jacques Kallis has decided to retire from test cricket at the end of the second Test against India. The transition period will be a massive test for South Africa and although most of the decision makes perfect sense, his decision to push for a World Cup spot is rather curious. By ANTOINETTE MULLER.

The end of an era is upon South African cricket, an era which spanned nearly two decades and is unlikely to ever be repeated. Once in a while, a country – and the world – is a blessed with a player of freakish abilities, a player of talent unfathomable to most. As a complete and all-round cricketer, Kallis is, simply, perfect.

It will be strange and not a little sad to know that when Jacques Kallis steps out to bat against India in South Africa’s second innings, it will be the last time the world will get to watch South Africa’s greatest-ever cricketer in Test match whites.

It is peculiar because of his decision to carry on with the shorter format of the game and target the 2015 World Cup. Kallis is a far better equipped Test player than a limited overs player and although he has struggled in the longest format of the game this year, the decision to push for a place in the World Cup squad seems rather strange. The 38-year old insists that he will only try to gain that place if he is fit and performing, but that would mean that he needs first to be playing domestically for his franchise. He has not played for the Cobras since December 2011 and with just three ODI series left, Kallis has precious little time to prove himself good enough for a place in the World Cup selection. It might simply be a pipe dream, as his impact on the limited overs squad is far smaller than on the Test squad.

Still, timing has always been his thing, whether it’s the timing of a majestic cover drive or a more modern shot, or the timing of a fast delivery, still managing to crank his speeds up to 140km/h, despite his age heading towards 40. Timing is something few manage to perfect, but Kallis has always said that he would know when the time was right. Still, for many, the time isn’t right at all – because how on earth do South Africa replace two players in one with just one, ‘normal’ player?

From a perspective of form, though, the timing couldn’t be better.

Kallis will end his career with a run of poor form behind him. Statistically speaking, in 2013 he has had his worst year ever. In the seven Tests he has played this year, he averaged just 17.63 with the bat. That’s his lowest average ever in a year where he played five Tests or more. It’s the first time ever he has averaged under 20.00 (minimum five Tests). He has scored just 194 runs, and although he got a dodgy decision to get out in the second innings of the first Test against India, he hasn’t quite looked comfortable. As the years have worn on, Kallis has needed to be managed more carefully, just like the old trusty family station wagon which only gets taken for long drives on Sunday. His bowling ability has steadily declined over the last few years and although it would be foolish to say he became less of a player than he had been in his heyday, his overall impact certainly declined.

Bursts of energy remained, though and when his team needed him, Kallis certainly never shied away from a challenge. He proved it when he stepped up to the task and filled in for the injured Morne Morkel in the first Test against India. Despite all of that, though, perhaps he felt that the demands of Test cricket simply wasn’t for him anymore. In some corners, it was always believed that he would push for the 15,000-run record, but in reality and the inconsistency of performances in the last few years, perhaps Kallis knew that simply wouldn’t be possible.

Any other player, who has had the lapses in form Kallis has had, would have been given the axe. The decision to call the curtain on his career is a selfless act which has lifted pressure off the selectors and opened the door for a future star.

For South Africa, the big question is now: who takes his place? Do they replace him with a bowler who can bat a bit or a batsman who can bowl a bit more, just in case one of the main bowlers break down? That is a selection conundrum nobody will envy. There are enough capable batsmen and enough capable bowlers to fill the role, but few players strike a chord as being able to do a little bit of both. Or, perhaps, it’s time to finally allow Thami Tsolekile to have another go and use him as a specialist wicketkeeper instead. The variations are endless but the combustion of the cocktail has the potential to be volatile.

Massive retirements and team’s ability to adjust to the absence of a stalwart is always the benchmark of a side’s greatness. How the rookies fit into the squad, how quickly they progress and how much time they are allowed to settle is a key to any transitional phase and failure to plan for such things has been the downfall of many number one teams over the last few years. Kallis’ decision was fairly sudden and the recourse of it will be one of the toughest challenges the Proteas have faced in the last few years.

There is time to think about it, but not much. South Africa’s next challenge is against a revitalised Australian outfit, in a three-match Test series in February. Whoever steps up to the plate has one heck of a pair of shoes to fill and the selectors have one mammoth puzzle to solve.

For Kallis, it’s farewell. For South Africa, for the time being, it’s ‘Oh, hell!’. DM

Photo: South Africa’s Jacques Kallis plays a shot off the bowling of Australia’s Mitchell Starc during the first day’s play of the third cricket test match, at the WACA in Perth November 30, 2012. REUTERS/Stringer