Laying Mandela to rest in Qunu – the historic day in...

Laying Mandela to rest in Qunu – the historic day in pictures 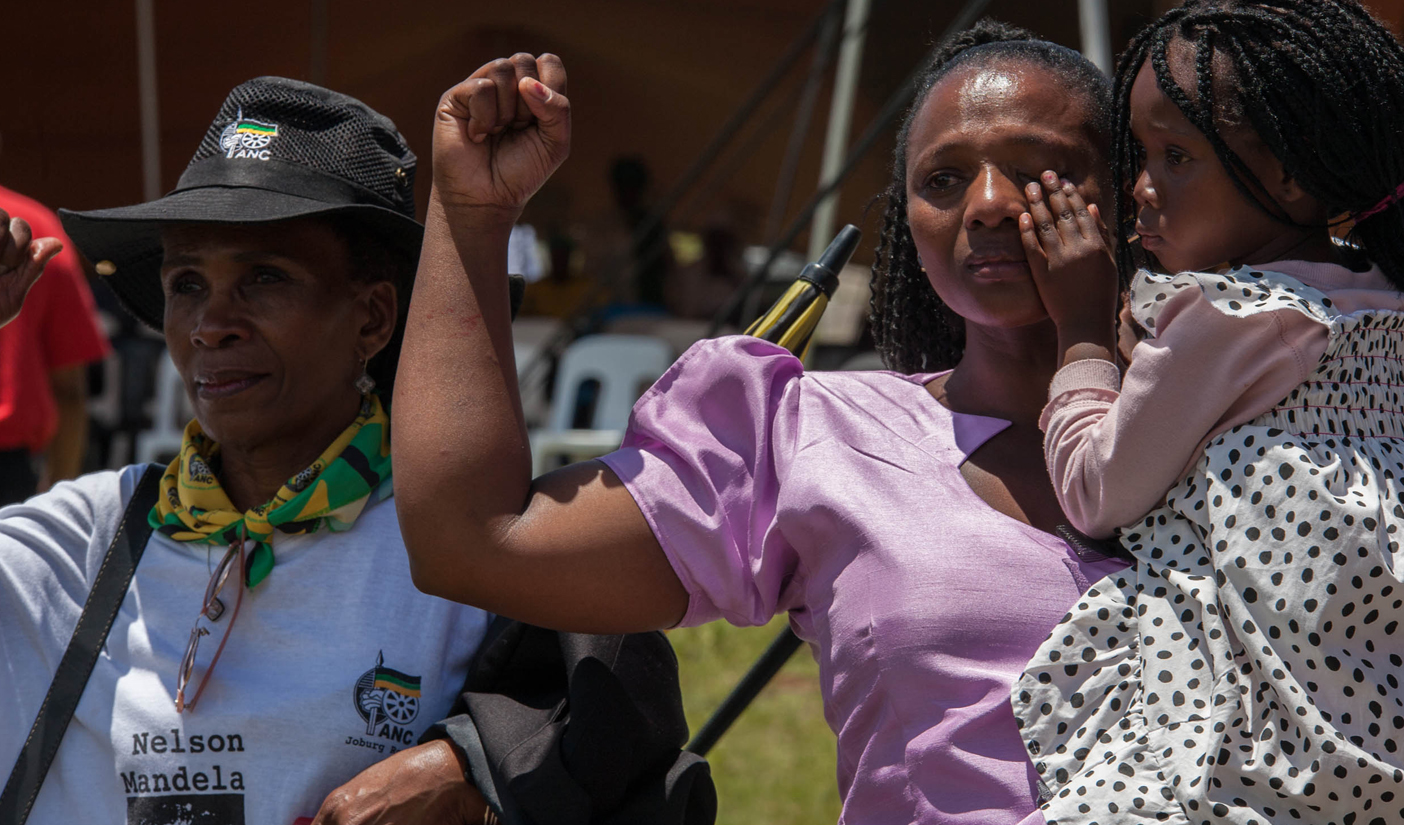 The Eastern Cape village of Qunu hosted one of the most important events in South Africa's history on Sunday, yet many of the thousands of journalists who were there watched from a distance, cordoned off and directed to a media centre by police, viewing the same footage beamed around the world. Most of the locals, many who had met former President Nelson Mandela long before we came for his funeral, were in the same boat. Many just went about everyday life. Others caught what they could on TV or radio. Some, of course, wept for the hero we lost. Words and photos by GREG NICOLSON

Photo: A large structure was erected on the Mandela family’s Qunu property to accommodate the exclusive funeral. Almost 12,000 soldiers had been deployed and confronted those seeking a closer look.

Photo: A television broadcast of the funeral at a house overlooking the funeral site. The family weren’t watching the event, but switched it on when asked, out of interest, hospitality, and, like many in the area, in the hope that the media would help them with a quick buck.

Photo: Local Si Ngiyunxe listens to the funeral on the radio. In the background the media centre can be seen while to his left is the funeral site. He grew up on the property adjacent to Mandela’s and is tending to his cows while next door dignitaries pay their respects.

Photo: A mourner listens to the funeral proceedings in Qunu.

Photo: A mourner watches the funeral at a public viewing area.

Photo: Men in traditional Thembu attire march in Qunu as Mandela is being laid to rest.

Photo: Mourners look into the distance as Mandela’s coffin moves from the funeral tent to the burial site.

Photo: A mourner cries as the coffin is moved into position where it will be lowered to Mandela’s final resting place.

Photo: Qunu residents watch the funeral on TV. They were surprised that most locals weren’t allowed to attend the event.

Photo: An ANC supporter drinks in a tavern with friends as the funeral continues on TV.

Photo: Few people watch the funeral on this tavern’s TV as most prefer to sit outside and discuss the day and Mandela.

Photo: A boy pauses as he passes a screen showing the funeral.

Photo: Mourners wave goodbye to Mandela as the coffin passes on a large public screen in Qunu.

Main photo: Mourners cry and raise their fists right before Mandela’s coffin will be lowered into the ground.