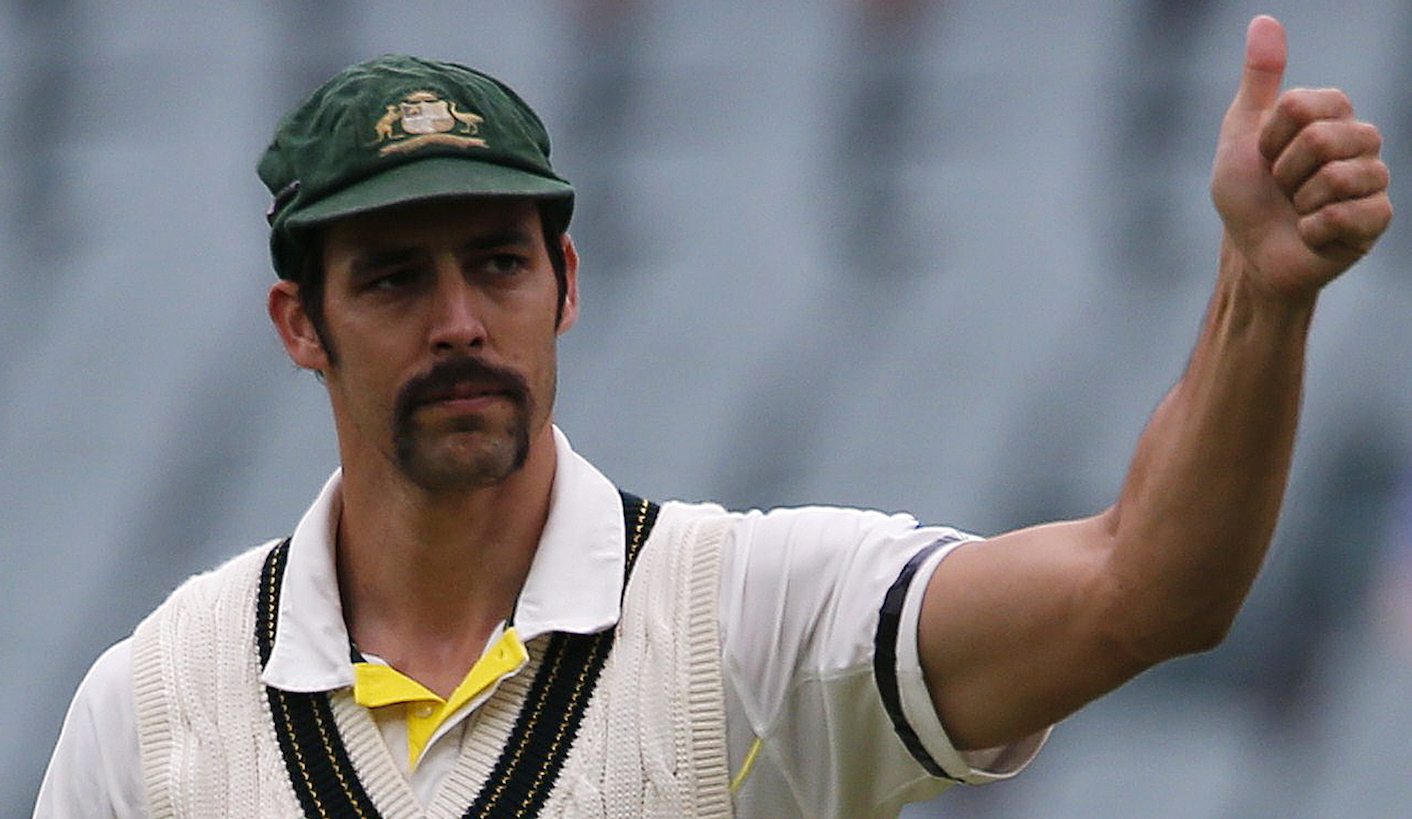 Australia are 2-0 up in the five-match Ashes series after giving England a walloping, again. The Aussies won the second Test by 218 runs with contributions with the bat from almost everyone in the team and Mitchell Johnson once again doing damage with the ball. ANTOINETTE MULLER picks five talking points from the match.

Sport is a dish best served hot with a side of something cold, a sprinkling of something spicy and a palate cleanser of something bland. When it comes to cricket in particular, the more the story narrative is weaved into the game, the better. From the anti-hero to the tragedy, the struggling protagonist and the villain, these factors all culminate in a fascinating tale, especially from a neutral perspective. That is because when stripped down to its bare essence, sport is simply entertainment. Sure, there is the whole thing of representing your country, but that’s becoming less of a focus these days with nomadic cricketers qualifying for their adopted homelands and badges.

The Ashes tournament currently being played Down Under has moulded itself into a perfect story. It has all the pompous and passive characters and it’s had all the entertainment. It’s also had some good cricket. Australia have a 2-0 lead and England have never come back from being 2-0 down to win an Ashes series.

Considering their dominance of the little urn over the last few years, many have found it surprising, but it wasn’t entirely so. Here are five talking points following the second Ashes Test in Adelaide.

Mitchell Johnson on fire is good for Test cricket

Mitchell Johnson has raced to the headlines in The Ashes for many different reasons. Partly for his pompous staring down of tail enders, but also for his bowling. The man who was mocked just a few months ago is now back and he’s back with a bang. He’s picked up 17 wickets in two Tests at an average of 12.70. Although there are still three Test to go, MJ has been at the top of his game. He has bowled with real pace, real aggression and he now has the same amount of wickets after 53 Tests that Wasim Akram had. Johnson has been accurate and full of fire and with all the moaning of cricket being a batsman’s game, having a bowler at the top of his game can only be a good thing for the sport. He might not quite inspire a whole new generation of fast bowlers yet, but he does show that there certainly is room for the quicks to give the batsmen an earful of chin music.

Why is anyone surprised about England?

England aren’t as good as they think they are and despite winning the Ashes on home soil 3-0 earlier this year, the signs of struggle have been there for a while. Against Australia and New Zealand, this England’s performances with the bat have allowed them to get by, mostly because their opposition were so utterly woeful themselves. Even when they were sweeping themselves into oblivion in India last year, they managed to bounce back and win the series.

Should it be Ian Bell at three and not Joe Root?

Joe Root will, one day, become a fine player. He’s been shuffled up and down England’s order over the past few months and he has done a good job at adjusting to wherever he is shoved. But Root at three seems a little silly. Moved there to fill in for Jonathan Trott who departed the tour with a stress-related illness, Root now has to bat in the position usually reserved for the best batsman in the team. Root is patient and he has shown that he can bat for long periods, but he only scores off really bad balls, not even partially bad ones. That’s a problem when England need to take a slightly more aggressive approach at times. Ian Bell is far more versatile in his style of play and he is far more settled in the team. Root is a young player still trying to find his identity in the team and prove that he belongs at international level. Having him at three is not only unfair on him, it’s silly for England’s overall makeup.

Shane Watson the batsman often takes a lot of stick and rightly so. His technique has, at times, been dubious and confusing. His self-belief in not being out and using DRS on himself has infuriating. But Shane Watson the bowler is a different beast. His economy rate for the Ashes sits at 0.54 after two games. Granted, he has bowled just 11 overs, but his accuracy has been superb. He has been incredibly miserly and was similarly effective during the Ashes in England. Australia’s plan with Watson has been brutally precise. When a partnership starts to form, Watson comes on to bowl. He doesn’t really take wickets, but he stifles the scoring. After he’s suffocated the runs, a wicket falls. He doesn’t really take the wickets himself but as a miserly bowler whose job it is to seemingly build frustration, he has been impeccable. What is usually a spinner’s job has become Watson’s, and he has done it with aplomb.

The inflexibility of the Future Tours Programme

Yes, it’s that time again. It’s time to bemoan the rigidity of the Future Tours Programme and the inequality with which it comes. Australia are due to tour South Africa next year for a three-match Test series. Prior to the start of the Ashes, there might have been some pity for the Aussies thinking that they will get mauled by the Proteas. Now, anyone who loves a solid contest is probably bemoaning the fact that the two sides will only get to play three Tests against each other while England and Australia have played 10 between them in the last eight months. It’s frustrating and while you can’t just go around changing schedules willy-nilly based on how teams perform, it’s another reminder that the frustration and inequality of the FTP needs some jigging about. Imagine a five-Test series between South Africa and Australia in South Africa. Now, keep imagining – because it’s not going to happen any time soon. DM

Photo: Australia’s Mitchell Johnson gives a thumbs up to supporters after winning the second Ashes cricket test against England at the Adelaide Oval December 9, 2013. Australia captured England’s four remaining wickets before lunch to close out an emphatic 218-run victory in the second Ashes test on Monday. (REUTERS/David Gray)