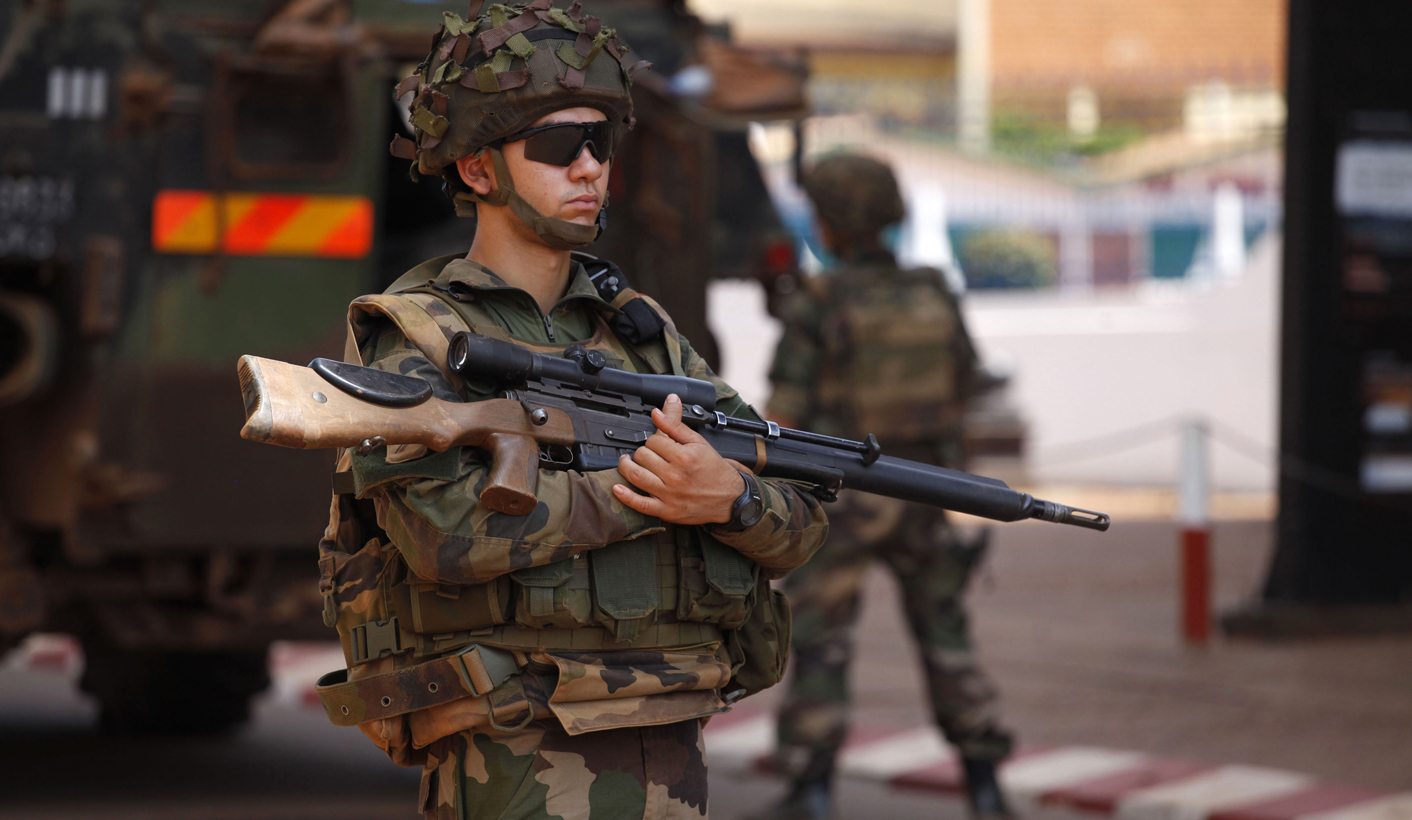 France said it will start disarming fighters in the Central African Republic by force if necessary on Monday, as relative calm returned to the capital Bangui following three days of heavy fighting between Christians and Muslims. By Emmanuel Braun and Paul-Marin Ngoupana.

Residents reported sporadic gunfire from some Bangui neighbourhoods on Sunday after the violence in which the Red Cross said at least 394 people had died.

Despite a government order for gunmen to return to their barracks, a Reuters reporter saw soldiers in camouflage fatigues driving around in pickup trucks near the presidential palace and in clear view of French troops, deployed to the country under United Nations authorisation.

Central African Republic has slid into chaos as interim president Michel Djotodia struggled to control his loose band of Seleka fighters, who have attacked members of the Christian majority and prompted them to organise militias.

Djotodia seized power in March with the help of Seleka, a mainly Muslim rebel group that has been fighting the militias.

French Defence Minister Jean-Yves Le Drian said fighters had to hand over their weapons. “It’s from tomorrow that the disarmament will start. First we’ll ask nicely and if they don’t react, we’ll do it by force,” he said in an interview on French television station LCI on Sunday.

France is deploying 1,600 troops to its former colony after the U.N. Security Council authorised it on Thursday to use force to help African peacekeepers struggling to restore order. The African Union force is also due to be increased to 6,000 from 3,500.

On Sunday the morgue at Bangui’s Hopital Communautaire was full, with bodies piled up there and in the hospital’s corridors, another Reuters correspondent saw.

French Foreign Minister Laurent Fabius said the death toll would have been much higher without the deployment. “Calm has returned in Bangui, even if acts of violence are still being committed,” he told the France 3 TV channel. “Had we not intervened, the 394 deaths would have been 5,000 or 10,000.”

One campaigner said Seleka remained active in Bangui. “Even as the mourning begins, Seleka has not been confined. They are still operating in the city,” said Joseph Bindoumi, president of the Central African League for the Defence of Human Rights.

The country, rich in gold, diamonds and uranium, has seen little but conflict and political instability since independence from France in 1960. The Red Cross said it was working to recover more bodies on Sunday.

Pastor Antoine Mbao Bogo, who is Red Cross president in the country, told Reuters that his group planned to prepare two grave sites – one for Christians and one for Muslims.

Residents of both faiths have huddled in churches for protection from the armed groups.

Thousands attended a Sunday morning service at St. Paul’s church in Bangui. Makeshift beds inside the church were removed temporarily to allow space for prayer benches, but still people spilled into the courtyard.

“We need today to promote inter-religious dialogue to transform the dynamic of violence and war into a dynamic of peace and solidarity,” Dieudonne Nzapalainga, Archbishop of Bangui, said at the service.

The church is struggling to provide funerals for its congregation, said Bishop Nestor Aziagba, who assisted at Sunday’s service. “Men can’t leave their homes and women are taking the risk of taking the bodies and digging their own holes to bury them,” he told Reuters.

French helicopters flew low over Bangui while soldiers patrolled both the capital and Bossangoa, about 300 km (180 miles) to the north.

Peter Bouckaert, Human Rights Watch emergency director, said that the first French helicopter had arrived in Bossangoa. “Every French move reassures the population,” he said on his Twitter feed.

Following the outbreak of violence, France wants elections brought forward to next year, putting an end to the interim period originally scheduled to run into 2015.

Djotodia, who blames the recent attacks on gunmen loyal to his ousted predecessor Francois Bozize, acknowledged on Sunday that he had received the request and said it was under consideration.

The United Nations has estimated that as many as 6,000 child soldiers have been drawn into the latest violence and aid workers say that many of the victims have been children.

Souleymane Diabate, of children’s rights organisation UNICEF, said that many children were being brought to hospitals with wounds from bullets and crude weapons. “We are living through a major crisis and children haven’t been spared,” he said. DM

Photo: A French sniper holds his rifle in Bangui December 8, 2013. France is deploying 1,600 troops to its former colony after the U.N. Security Council on Thursday authorised it to use force to help African peacekeepers struggling to restore order. REUTERS/Emmanuel Braun