With Madiba gone, who do we become? 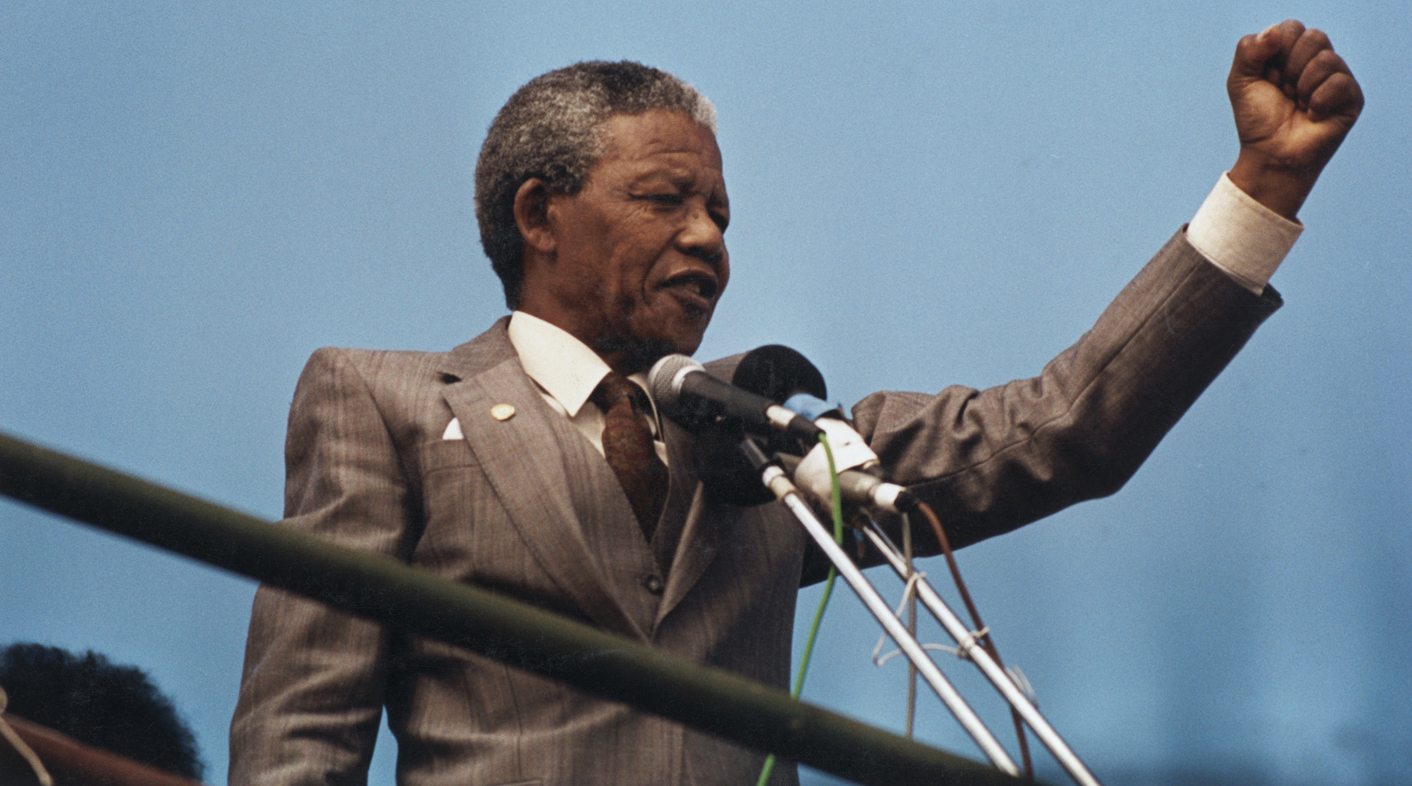 Is this, wonders RICHARD POPLAK, the moment the South African story properly begins?

So, after all these years, we finally get to ask ourselves the question.

They say that one truly becomes an adult when one’s father dies. For some of us this moment comes early, too early, in life—before we’ve properly come to appreciate what a father’s role can mean. Others among us have never known our fathers, while still others watch fathers fade into dotage, sick, senile, or otherwise diminished. There is never a perfect time to say goodbye, but when that absence, that erasure, becomes permanent, we are forced to acknowledge an essential aloneness. And that is where the formulation of self begins.

Modern South Africa was blessed with a father of such rectitude, of such presence, that we feel his absence as we would the contours of a crater formed by an act of ancient violence. I live a ten-minute stroll from Madiba’s Houghton residence and last night, as choppers thwacked above me, I fell asleep to the paradoxical sensation of being an infant without faculties, and more fully a man than I was before learning of his death. The infant part is easy to understand—I’m suddenly without a guide, a mentor, a true north. The other feeling is more difficult to come to terms with. What’s certain is that this country’s sense of self is no longer the responsibility of one man, and must now be defined by the likes of me, my family, my peers, my enemies—each one of us more human than the next.

The role of an adult, I think, is to serve, to leave something behind, to be fully oneself. And to know the way. We South Africans have had the uncommon luxury of outsourcing our morality to one of history’s giants, a man who was simply unable to disappoint. His intellectual dexterity was such that he could see the path long before it was bush-wacked, and he cleared it without violence, without bile. We relied on him, and we leaned on him, and he never buckled. But even giants fall. So here we are.

Is this the moment that the South African story properly begins? Our Tolkien period is over—our mythical villains and our great heroes are gone, and we have entered another, lesser, but no less important, age. The American President John Adams once said that he looked forward to the time when his country was governed by institutions and not by the whims of men. During America’s vibrant nascency, Adams was harkening after political maturity—when the robustness of a country’s laws and the institutions that upheld them allowed men and women to be great in different, smaller ways.

If South Africans are to acknowledge that this is the day that we fully become adults, are we willing to accept the terms? Do we, after being sons and daughters for so long, understand the responsibilities that now face us? That there are millions of consciousnesses other than our own? That the solutions to our problems are within us, and must be solved by us? That negotiation is not an option, but the option? That there is no end to the process of reconciliation, and that our art as citizens is to peel away at the layers of violence and shame that have defined us as a nation for centuries?

One of Madiba’s less salutary legacies is that his greatness has obscured the role that hundreds and thousands of South Africans have played in righting this country’s course after the fall of the last regime. Names like Sisulu, Tambo, Hani, Naiker, Naidoo—the dozens of helmsmen who touched the till at precisely the right moment, so that we weren’t dashed on the rocks of our own lunacy. The South Africa we live in is not one man’s project—it’s a family affair of violent, ungainly, illogical and masterful beauty. We broke it, we bought it.

Through it all, there was a guiding presence, a father who knew best—a role that Nelson Mandela played with an acuity that was superhuman. And despite that father’s last uncomfortable days, when his dignity was toyed with and his waning strength was tapped for purposes I believe he would never have approved of, he was still here. And we were still not forced to ask the only question that counts.

That ache you feel is the abject loneliness of adulthood, and the first stirrings of an answer. DM