Madiba: South Africa’s loss is the world’s loss too 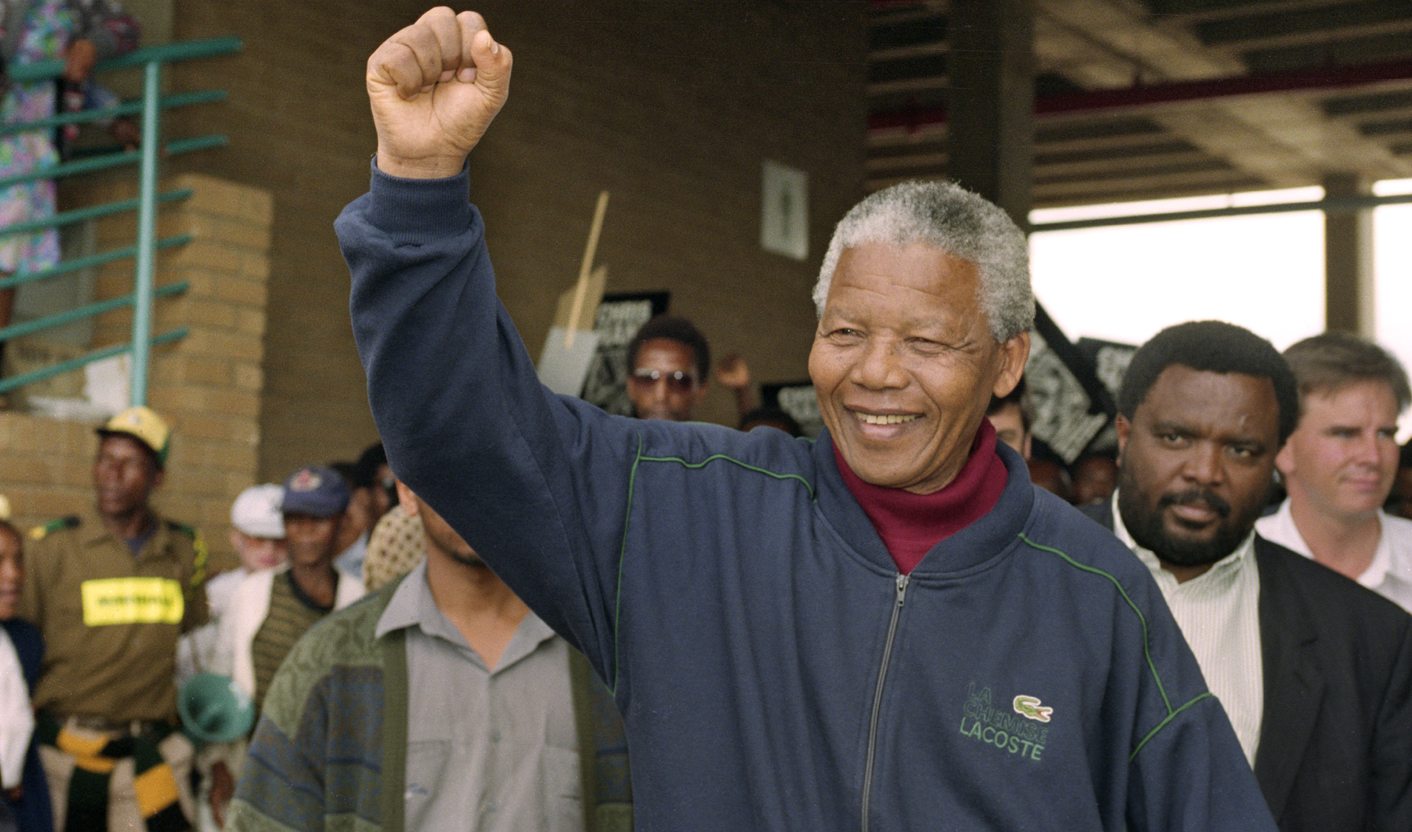 It didn’t take long for the tributes to start pouring in, from all corners of the globe and from every conceivable source. As South Africans, we sometimes think that Madiba belongs only to us, but this sells his legacy short: Nelson Mandela’s was a life that touched the whole world, as we can tell by its reaction. By SIMON ALLISON.

Nelson Mandela once rescued me from a very dangerous situation.

I was in Egypt, covering the Egyptian Revolution in 2011. My taxi had taken a wrong turn, and I found myself at a checkpoint manned by pro-Mubarak thugs, who were making something of a habit from arresting and assaulting foreign journalists. They forced me out of the vehicle at knifepoint, and started shouting at me. “Where you from? You England? America?” I gave them my passport. “South Africa? What is South Africa?”

I tried to explain – World Cup, Bafana Bafana, Nelson Mandela. Only Mandela struck a chord. “Nelson Mandela! He good man. In Egypt, we love Nelson Mandela.” With that, they returned the passport, apologized for being rude and let me on my way.

Even here, in the heart of a brutal dictator’s regime, Mandela’s name meant something and carried real weight; his legacy was potent enough to earn this South African citizen a get-out-of-jail-free card.

I am reminded of this story in the midst of the outpouring of obituaries and tributes dedicated to Mandela coming from all over the world in the wake of his passing. Mandela was not just a South African hero, as much as South Africans like to lay claim to him; he was a global icon, a truly world-straddling figure that changed lives everywhere – invariably for the better, and sometimes in the most unlikely places. Losing him is not just South Africa’s loss; it is the world’s loss.

World leaders have been quick to offer their condolences, as they always do at the passing of a former colleague. Of these, it is extraordinary how many have strayed from the pro-forma diplomat-speak templates to offer what feels like expressions of genuine grief.

US President Barack Obama, for instance, credits Mandela with kick-starting his political career (imagine, for a moment, if someone had told a young Madiba that his actions would inspire a US President, and that that president would be black). “I cannot imagine my own life without the example that Nelson Mandela set,” said Obama. “Nelson Mandela lived for that ideal, and he made it real. He achieved more than could be expected of any man. And today’s he’s gone home. He no longer belongs to us, he belongs to the ages.”

And Ghanaian President John Dramani Mahama, in the New York Times, describes how he felt when he saw Mandela for the first time: “It was my first time in Cape Town. I had stayed out late with friends and was waiting to take the lift up to my hotel room. When the doors opened, there was Mandela. I took a step back, and froze. As he exited, Mandela glanced in my direction and nodded. I could not return the gesture. I couldn’t move, not even to blink. I just stood there in awe, thinking: here was the man for whom we had marched, sung and wept; the man from the black-and-white photograph. Here was the man who had created a new moral compass for South Africa and, as a matter of course, the entire continent.”

There has also been a flood of goodwill messages from various celebrities – some perhaps less meaningful than others. While we appreciate the sentiment, we’re not sure that we’ll be holding onto the messages from Nicole Sherzinger or R. Kelly, even if Kelly once sang for Mandela “out in Africa”. But others knew him relatively well. Oprah Winfrey, for example, was a guest at his house for ten days, sharing meals during which she’d pick his brains about his experiences. “I feel that I don’t know, nor have I ever met, read, or heard of another human being quite like Nelson Mandela,” said Winfrey. “The courage and humility, it’s the combination of the two, the courage and the humility that he embodied in order to change a nation and to impact a world. I haven’t seen anything like that. And to try to even emulate a piece of that would make all of us ultimately better human beings.”

Meanwhile, U2 frontman Bono tells a lovely story that shows, again, that for all his gravitas, Madiba had a sparkling sense of humour. “He could charm the birds off the trees—and cash right out of wallets. He told me once how Margaret Thatcher had personally donated £20,000 to his foundation. ‘How did you do that?’ I gasped. The Iron Lady, who was famously frugal, kept a tight grip on her purse. ‘I asked,’ he said with a laugh. ‘You’ll never get what you want if you don’t ask.’ Then he lowered his voice conspiratorially and said her donation had nauseated some of his cohorts. ‘Didn’t she try to squash our movement?’ they complained. His response: ‘Didn’t De Klerk crush our people like flies? And I’m having tea with him next week…He’ll be getting the bill.’”

While public figures put out statements and give interviews on the subject, the world’s media was desperately trying to do justice to the story – both to honour the man and to satisfy the enormous interest from audiences everywhere. Although all major news organisations knew this day was coming, and had made preparations, it was not necessarily a seamless operation. The Guardian, for example, got Mandela’s age wrong in their first breaking news alert, before hurriedly publishing a corrected version. And Al Jazeera had a nightmare with the captions in this photo essay – repeatedly identifying Winnie as Mandela’s first wife (she was his second), confusing Winnie with Graca Machel, and getting the spelling of Thabo Mbeki’s name wrong (these have been subsequently corrected).

In Al Jazeera’s defence, mistakes happen in the rush to publish – when the ANC distributed their official statement on Mandela’s death, they forgot to delete the date on which it had actually been written (11 June 2013, if you were wondering).

Still, the respect in which the rest of the world holds Mandela is obvious in the calibre of the editorials and obituaries published by the world’s finest publications. The New York Times: “He was one of the most extraordinary liberation leaders Africa, or any other continent, ever produced.” The Guardian: “A leader above all others.” The Economist: “He was the world’s most inspiring example of fortitude, magnanimity and dignity in the face of oppression.” Time: “He was a repentant warrior and long-suffering martyr; a savvy saint and humble leader; he was both father of his nation and its conscience, the moral glue of its fragile polity.”

Nelson Mandela is probably the greatest South African to ever live. There is little doubt on that score. And if there was any doubt of his importance beyond his country’s borders, then let it be laid to rest by the overwhelming international response to his death. DM