Cricket: Not quite bowled over by India’s performance 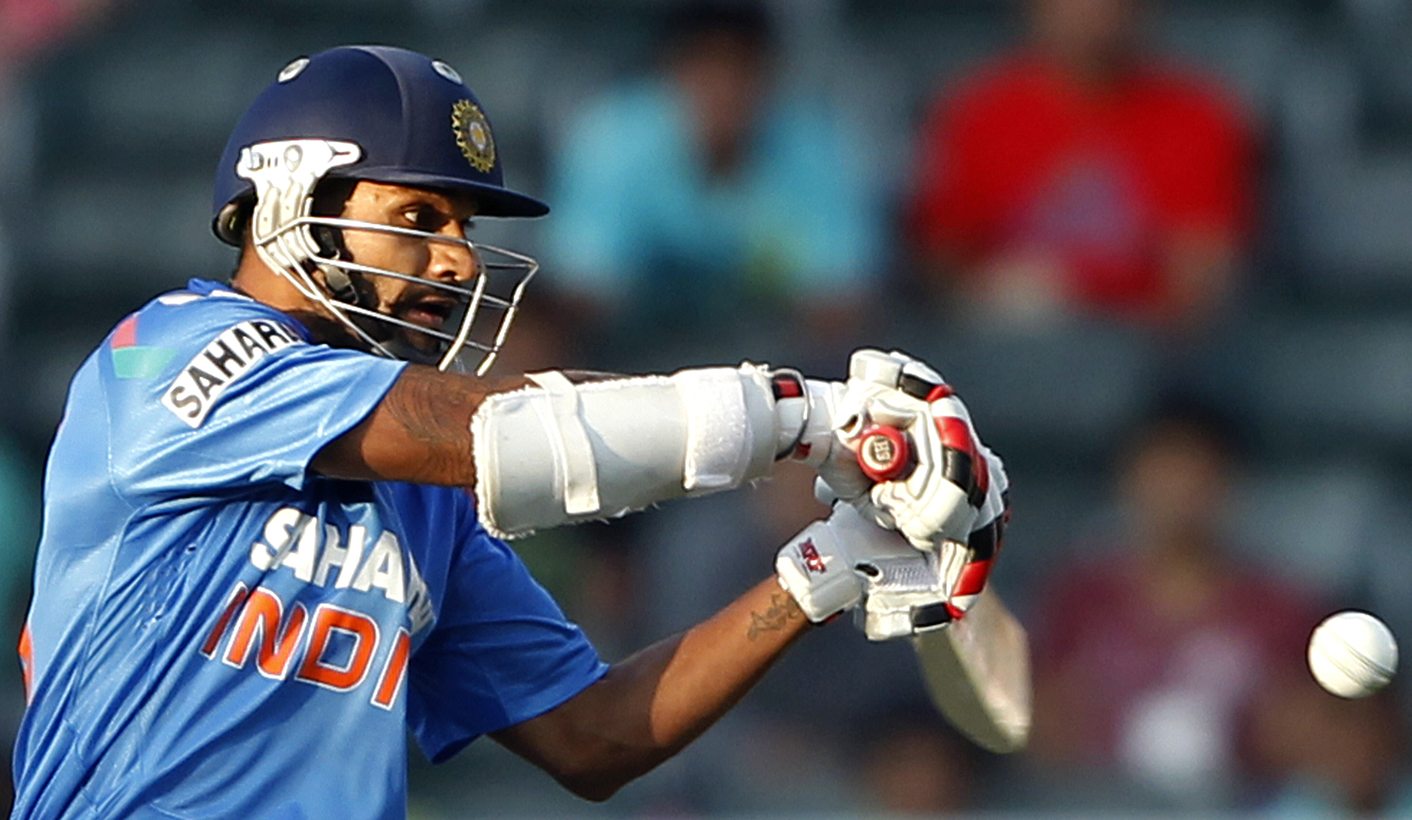 The lack of effectiveness of the Indian bowlers on a lively Wanderers pitch in comparison to the probing aggression of the South Africans was the obvious difference between the two teams as the tourists suffered a crushing 141-run defeat in the first one-day international at the Wanderers last night. By KEN BORLAND.

Mahendra Singh Dhoni had won the toss and sent South Africa in, but that was practically the last moment of success for India as a first-wicket stand of 152 off 180 balls between Hashim Amla and Quinton de Kock took advantage of poor bowling up front by the visitors.

Dhoni complained about his bowlers not adapting to conditions, but half-volleys and width is poor bowling on any pitch.

Amla fell for 65, but De Kock went on to a century of the highest class, finishing with 135 before the enormous skill of AB de Villiers and JP Duminy provided a grandstand finish to the innings with a century partnership off just 45 deliveries.

The overall result was a total of 358 for four which was always going to be too much, even for a batting line-up as powerful as India’s, if the South African bowlers managed to use the assistance offered by a pitch of good pace and bounce.

What Dale Steyn produced with the new ball made it look as if India’s seamers had been toiling on the low and slow Paarl pitch and at times it felt like leering at a car crash as he repeatedly beat the bat, especially of poor Rohit Sharma. The batsmen only managed to lay bat on five of Steyn’s first 25 deliveries in an opening burst of 4-2-5-0.

“It was an all-round bad performance that started with the bowlers, they were slightly worse than the batsmen. It wasn’t really a 300+ wicket, we needed to pitch the ball up more and let the wicket do the rest.

“And then from the start our batsmen had to go after the bowlers, which was pretty difficult in these conditions against Dale Steyn, one of the best in the world. He swung the ball a lot and he did not move from the right area,” Dhoni admitted after his team had suffered their second-biggest defeat ever at the hands of South Africa.

“India don’t have a poor bowling line-up, they’ve got skill, but I thought they were a bit short in the first five overs and that gave us momentum and confidence. It was very important that we didn’t lose any wickets in the first 10 overs, that set us up and it was very good to have wickets in hand at the end,” De Villiers confirmed.

“It’s phenomenal the way Dale is performing at the moment, he’s in a really good space and he knows what he wants to do. But the bowling unit as a whole really gelled.”

What was meant to be a blazing Indian run-chase never materialised as Steyn and Morne Morkel were superb up front and Ryan McLaren then ended an ominous innings from Virat Kohli and bowled Yuvraj Singh for a duck in the space of three balls.

Rohit had survived the initial blitzkrieg and had gone to 18 off 43 balls when he was run out, brilliantly by David Miller, in the over after McLaren’s double strike and India were 65 for four and needing to rebuild and accelerate at the same time.

Suresh Raina played some airy strokes before he too was run out, taking on Steyn’s bullet throw from deep backward square-leg, and it was left to captain Dhoni to once again restore some pride for India with a fine 65 off 71 balls.

The innings of the day, though, notwithstanding the thrilling entertainment provided by De Villiers and Duminy, came from De Kock.

The 20-year-old is very much the man of the moment and few would argue that he deserved his selection ahead of veteran Test captain Graeme Smith.

De Villiers said Smith’s failure to win a place for the first ODI was no indication that his limited-overs career is over and the left-hander could well be back at the top of the order for the next game, in Durban on Sunday.

“It was tough to leave Graeme out. I’m always very keen to play seven proper batsmen, but after looking at the pitch I felt an extra seam bowler would come in handy and that was proven right. But that kind of wicket where you need an extra batsman will come around again, I’m sure.

“I can’t see Graeme batting anywhere else but opening, but I feel Quinton can adapt to playing at number three,” De Villiers said.

In the space of a month, De Kock has hammered two brilliant centuries but what has been most impressive is how he has adapted to different match situations and how the pacing of his innings has improved. He is discovering how to change gears.

“At some stages I was just looking to survive and against the spinners I just wanted to work the ones. I kept asking AB whether it was time to go, and he kept saying ‘no, not yet’. So I just tried to hold myself back. My mindset was to work the ones and run hard between the wickets,” De Kock said.

The result was 135 off 121 balls, with 18 fours and three sixes, and a tremendous show for a capacity crowd and his family, who were watching him play international cricket live for the first time.

According to De Villiers, they actually decided to “go”, to really put their foot on the accelerator, a bit earlier than usual, leading to a stunning late onslaught that brought 135 runs in the last 10 overs.

“We actually got a sniff early on. We usually play normal cricket for 45 overs and then try and score 50 in the last five, but today we got to the 41st or 42nd over and hit a couple to the boundary. It just felt easier and JP and I just had a look at each other and realised it was time to go, even if it was a bit earlier than usual,” De Villiers said.

Duminy rushed to 59 not out off just 29 balls, with five sixes, going to the fastest ever fifty (25 balls) at the Wanderers and for South Africa against India. It was an important innings for the left-hander to just keep some selection wolves from his door.

De Villiers added four sixes to score 77 off 47 balls and India’s bowlers are going to have to find a way to ensure he can’t play with as much freedom as he did at the Wanderers if they are to have any success in South Africa.

They’re also going to have to find a way to dismiss Amla and De Kock early because allowing this South African team to have wickets in hand in the closing overs is going to lead to a lot of pain. DM

Kirsten Pearson and Steve Kretzmann for GroundUp • 9 hours ago