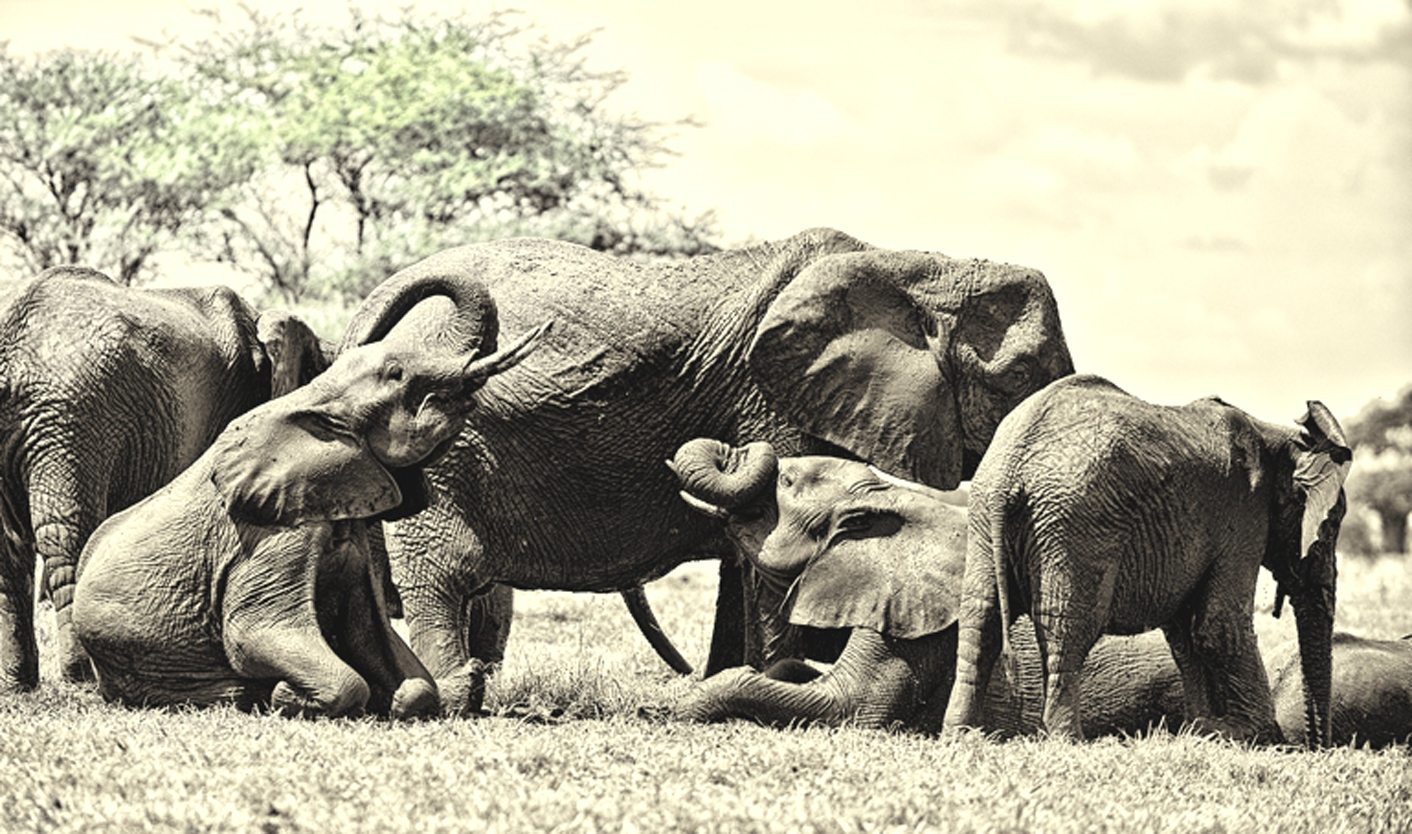 How many elephants are there in Africa? We don't know for sure. But, in the way that murder is always a more reliable statistic because there's a body to count, we can arrive at the number poached every year. It's shocking: about 40,000. That's one every 15 minutes. Elephants are now being killed faster than they can breed. By DON PINNOCK.

To plan elephant protection, you first have to know how many are alive. This was a problem Mike Chase of Elephants Without Borders was wrestling with when he met Dave Stewart, who works with Microsoft philanthropist Paul Allen and his sister Jody.

“What would it take,” Dave asked, “to move the needle on conservation in Africa?”

“A pan-African survey of elephants,” was Mike’s reply.

He had done the sums. It would require three fixed-wing planes and two helicopters doing tight transects in 13 elephant-range countries during the 2014 dry season. The aim would be to find where elephants are on the continent, where they are increasing or declining and what threats they face. The cost would be around $8 million.

Dave took the idea to Paul Allen and within a week Mike had his reply: “Do it.”

“I’m honoured that his response to support the survey was instantaneous,” said Mike. “An eco-philanthropist like Paul, who knows what’s at stake, can identify with our vision because he visits Africa twice a year. He’s not a tourist. He talks to conservationists, biologists, villagers, staff and guides, and he own lodges like Abu in the Okavango Delta. He and his sister, Jody, quietly fund so much conservation in Africa that isn’t generally known about. Their personal investment in the continent is amazing.”

“This is the bleakest time for elephants,” said Paul in response to the request. “The statistics on the plight of Africa’s elephants is daunting. I’m devoted to supporting new endeavours which provide meaningful science to help reverse this decline and to reduce the variability in elephant population statistics.”

Elephants without Borders is based in the Botswana village of Kasane, on the border of the huge Chobe National Park, home to possibly the greatest concentration of elephants in the world. Mike and Kelly are among the world’s top elephant scientists who also simply adore the huge creatures.

This was evident recently when a young elephant was found outside the park with a festering snare wound round its leg. Kelly had it darted, supervised the cleaning of the wound then held its trunk like a mother holding a child’s hand until the job was done and the antidote administered. Mike moves between intense fieldwork and lobbying to making connections across the world to secure the protection of elephants.

Paul Allen, who has pledged to leave most of his estate to philanthropy, gives back to the community through the Paul G. Allen Family Foundation as well as with direct grants. Recipients include Washington State University for the Paul G. Allen School for Global Animal Health and an institute to accelerate understanding of the human brain in health and disease.

In 2004 he funded SpaceShipOne, the first privately-backed effort to put a civilian in suborbital space. He is also founder of Seattle’s EMP Museum of music, popular culture and science fiction; the Flying Heritage Collection (a collection of World War II aircraft) and a museum of restored vintage computers. His memoir, Idea Man, was a New York Times bestseller.

Jody is president of Vulcan, an investment management firm she started with Paul, and has supported a number of research projects, including the study of the long-term effects of nuclear detonation testing on the marine environment and work to unravel the mystery of the prehistoric coelacanth.

Estimates of elephant numbers in Africa range from 410,000 to 650,000 and many populations have not been surveyed for many years. ‘Counts’ are often based on conjecture and assumptions.

Elephants once roamed across 46 African countries, but are now limited to 35. In 20 of those, populations number less than 1,000. Their range area has been reduced to 15% of Africa’s total surface. This decline has been caused by habitat encroachment, increased human population densities, agricultural development, deforestation and infrastructure development as well as poaching. Elephants may soon be extinct in Central and West Africa. Demand for ivory in Asia and its subsequent leap in price has resulted in the highest elephant mortality rate in their 1.5-million-year history.

The Pan-African survey was announced at an emergency summit on the illegal ivory trade, which ended in Botswana yesterday. African elephant range states as well as Vietnam, Philippines, Malaysia, Thailand and China pledged to take urgent measures to halt illicit ivory trade. Among 14 measures was the commitment to classify wildlife trafficking as a serious crime, thereby unlocking international law enforcement under the UN Convention Against Organised Crime.

“Our window of opportunity to tackle the growing illegal ivory trade is closing,’ said Botswana President Ian Khama. ‘If we do not stem the tide, future generations will condemn our unwillingness to act. Now is the time for Africa and Asia to join forces.” DM