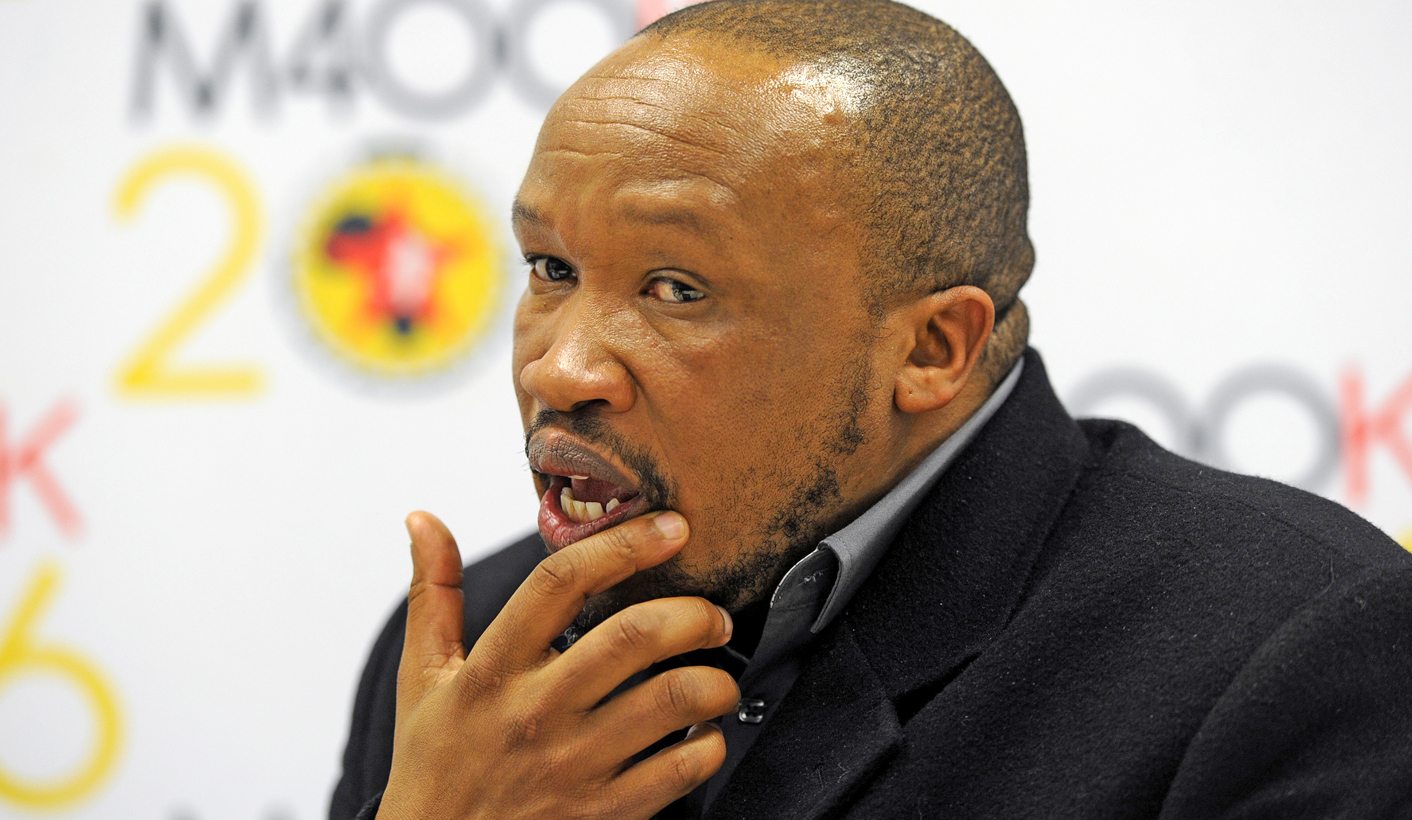 For months there has been speculation about the political future of the National Union of Metalworkers of South Africa (Numsa) and whether it will continue to back the African National Congress in light of conflicting policy trajectories. Numsa is holding a special national congress in two weeks to put a number of difficult questions to its membership, including its role in Cosatu, the alliance and electoral support for the ANC. The most ground-breaking decision from this congress is likely to be support for the establishment of a new workers’ “vanguard” party or a coalition of the Left. It has been a long time coming but the parting of ways between Numsa and the ANC is imminent. By RANJENI MUNUSAMY.

Former Numsa president Cedric Gina saw it coming and as a result found himself in an untenable position. Either he could have stayed in his position in the union and watch the ground move under his feet or leave, taking no responsibility for the seismic shift in the offing. ANC secretary general Gwede Mantashe has also possibly read the signs, which is why he declared at a South African Transport and Allied Workers Union central executive committee meeting on Wednesday that Zwelinzima Vavi’s detractors in Cosatu should consider the consequences of continuing to hound him out of the federation.

“You can pursue Vavi if you want to. But if the price you must pay for pursuing Vavi is to split Cosatu, it is not worth the price. Try something else,” said Mantashe.

With the situation going as it is in Cosatu, a rupture is inevitable. But Numsa has the ability to make this rupture hurt the ANC – which is possibly what Mantashe is trying to avoid.

There are a number of issues on which the Numsa and the ANC are completely opposed and whether there is definitely no middle ground. The National Development Plan (NDP), which is likely to be the cornerstone of the ANC’s 2014 election manifesto, is one of them. While Cosatu and the South African Communist Party (SACP) have identified parts of the NDP which they find problematic, Numsa wants the whole thing scrapped. The metalworkers’ union believes the Freedom Charter and nothing else should be the ANC’s policy manual. The ANC has adopted the NDP in its entirety and is unlikely to review this decision.

So if the ANC’s election promises and policy blueprint for the foreseeable future is based on something rejected in its entirety by Numsa, it means that the union has to go in search of a new political home.

But it is not only the NDP which Numsa is fundamentally opposed to – although that would be sufficient reason to withdraw electoral support for the ANC. Numsa also wants a total ban on labour brokers, the cancelling of e-tolls and the scrapping of the youth wage subsidy (or tax incentive scheme, as it is now known). The union also wants to nationalise key sectors of the economy and is radically opposed to government’s macroeconomic policy. In terms of political relations, Numsa wants the alliance and not the ANC as the lead partner to be the strategic political centre.

The Numsa special congress from 13-16 December will therefore consider options for where the union will now vest itself politically. Numsa’s nine regions, which will be represented at the congress, are all said to be in favour of looking for a new political home but have different ideas of what should be done.

At a Numsa policy workshop, three of the regions wanted an immediate breakaway and establishment of a labour party. A second group of three regions motivated that Numsa should give the ANC a final ultimatum and if its demands were not met, the workers’ party should then be formed. The last three regions proposed that Numsa should research what should be its best political option – either a workers’ party or a coalition of left wing formations.

Numsa has already been accused by some senior ANC leaders of having a relationship with the Workers and Socialist Party (WASP), with a view to a partnership of sorts in the future. WASP has been working to court Numsa members through ground level structures but there appears to be no co-operation at leadership level. As yet.

The other player currently in the left space is Julius Malema’s Economic Freedom Fighters (EFF). The EFF is also said to be trying to court Numsa structures. Considering the policy similarities between Numsa and the EFF, it would make more sense for them to co-operate rather than to compete for the same constituency.

If Numsa does decide to go it alone, it will try to recreate what the SACP used to be – a vanguard of the working class with a Marxist/Leninist character. With the SACP surrendering its role as a serious political player representing the interests of the working class, Numsa’s party could fill that space.

A “coalition of the Left” could also include civil society organisations coalescing to work as a pressure front against the government.

Based on the suggestions being put forward to the Numsa special congress, the union leadership would have to research these options and come up with a final proposal for adoption in 2015. This means that Numsa would withhold its support for the ANC in 2014 – giving their members the option of voting for whichever party they want – and then possibly competing against the ruling party in the 2016 local government elections.

The tricky decision however will be Numsa’s relationship with Cosatu. It doesn’t necessarily want to pull out of the federation immediately, as it has the ability to lobby other unions and continue to compete for dominance in Cosatu as the biggest affiliate. But the Cosatu leadership is unlikely to tolerate Numsa using its structures as a platform to launch a new political formation and influence other affiliates against the ANC. So while Numsa hopes to continue the contestation for control of Cosatu, it is likely that its opponents in the federation will move to expel it.

Whatever the final outcome of the Numsa’s special congress, the union is taking the first steps towards a breakaway from the alliance. This will add to the bustle of activity to the left of the ANC and force all players, including the ruling party, to consider how it relates to and services the working class. There is certainly an attentive audience in that space, from those disillusioned with the ANC’s inability to create jobs and stop the shedding of existing ones, to workers fed up with low wages and poor working conditions and communities protesting service delivery failures.

Whichever route Numsa decides to take, the alliance will never be the same. Cosatu’s influence within SA political scene is bound to continue diminishing for a considerable amount of time, the SACP may find itself squeezed out of their natural space and the ANC will finally arrive at the conclusion that it can’t take workers’ votes for granted anymore.

Is the weakening of the alliance a good news for South African politics? Probably yes, because it could finally force the ruling party to start taking its election promises seriously. But there’s always an element of fear about what storms, uncertainty and chaos the uncharted territory could bring. Fasten your seatbelts, South Africa. DM

Photo: General secretary of metalworkers’ union Numsa Irvin Jim is seen during a Numsa media briefing on the outcomes of its NEC meeting on Thursday, 11 July 2013 in Johannesburg. Picture: Werner Beukes/SAPA