People have the power: ‘Awethu!’ 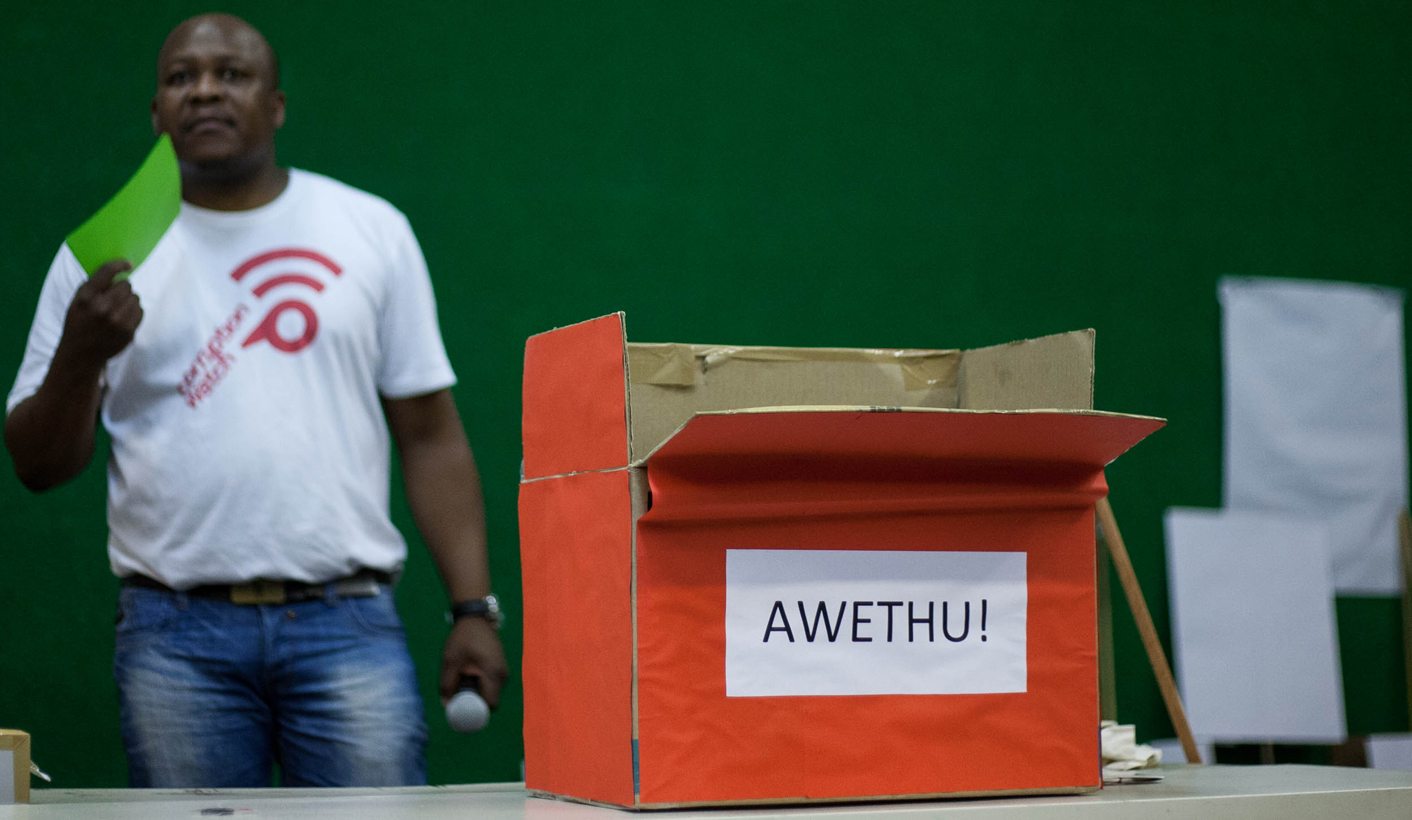 On Thursday, “Awethu! People’s platform for social justice,” revealed a plan to win back power from the political and business elites in South Africa. By KHADIJA PATEL.

Interspersed between islands of gentrification in Braamfontein, Johannesburg street pole ads from the South African Police Services warn, “Nyaope kills”. Nyaope, a cocktail of crystal meth, heroin and marijuana, has come into focus in recent months for its reign of tyranny over South Africa’s poorest.

It is in places like Sebokeng, south of Johannesburg, where youth unemployment is high, xenophobia is rife and access to elected leaders is reduced to platitudes that are plastered over posters in election season, that nyaope is rated as one of the greatest impediments to the progress of young people.

But it is also in places like Sebokeng that the shortfalls of democracy in South Africa are evident.

While residents complain of the widespread sale and use of nyaope, as they do of joblessness and abysmal rates of service delivery, they feel their experience of South Africa ultimately matters very little to the women and men deciding their destinies in the corridors of power.

And so it is back in Braamfontein that a meeting of civil society organisations on Thursday laid bare a plan to deepen democracy in South Africa, to make politicians, of whatever political persuasion, accountable to ordinary South Africans, to ultimately open a space for South Africans to have a say in the way the country is led.

The founding document of Awethu, developed after a series of consultations with various civil society groupings, bemoans a hollowing out of democracy in South Africa, unemployment, inequality and corruption.

“There are undemocratic tendencies in our government and the private sector. Important decisions are taken behind closed doors in the interests of few and at great expense to the majority. When people protest about inequality, poverty, pollution, land dispossession and lack of access to basic rights, many senior political leaders do not take their messages seriously, label them and attempt to silence them. Increasingly, the very protests that are a sign of the democratic spirit are met with terrible state violence. In the face of what we describe, the elected representatives of the people in Parliament spend more time defending the decisions of their party bosses than promoting the rights of the people.”

Importantly, Awethu is not a new organisation. It will not be another NGO; the point is not to re-invent the wheel. According to an advisory released ahead of Thursday’s event, Awethu will function by providing a series of platforms on which those committed to social justice and political accountability can build solidarity to unite on specific demands.

“It will seek to grow networks and strengthen relationships between those working in NGOs, social movements and community based struggles.”

It is meant to be a collective effort that is not the sole preserve of any one organisation.

And Awethu has already garnered the support of eminent South Africans.

With the likes of Jay Naidoo, Mark Heywood and Nadine Gordimer already on board with Awethu, it will now attempt to attract South Africans outside of organised civil society.

Awethu’s first campaign is structured around next year’s national elections. This is the plan they’ve revealed on Thursday:

But as Pierre de Vos remarked on Twitter, “If it really manages to represent grassroots views (and not only speak on its behalf) [it] can deepen democracy.”

The challenge lies in Awethu’s ability to actually represent the views of people in places like Sebokeng, to reflect the life experience of these people, without becoming spokespeople, who choose to speak about what they think people in Sebokeng should be saying.

And certainly Jay Naidoo’s advice to the gathering on this score was instructive.

“Learn to shut your mouth and listen to people on their own issues.”

About 250 people attended the Braamfontein event on Thursday. Some were from the shack dwellers’ movement Abahlali baseMajondolo, others were from Corruption Watch, still others were unaffiliated to any NGO but were curious about how Awethu was organising itself ahead of next year’s election.

Some in the audience wore t-shirts mourning the slain of Marikana, others wore the height of fashion in political statements, red berets, others wore the colours of well-known NGOs like Section 27. This was certainly a meeting of a very diverse group of South Africans. And yet it is the diversity of the groups of South Africans that Awethu has gathered, that could actually be a stumbling block to reaching consensus on its manifesto while still staying true to its founding principles.

When Thursday’s proceedings kicked off in Braamfontein, one group of activists could be heard asking why it was being conducted in English. They seemed to be questioned why English had already been adopted as the lingua franca of the movement if indeed it sought to represent the views of grassroots South Africa.

But even these linguistic dissidents continued to participate in Thursday’s event, airing the issues they felt strangled democracy in South Africa. If anything, Awethu has already been a platform for civil society to unite itself, finding common interests and shared objectives in all they do.

How Awethu transforms from this first mass engagement in Braamfontein will be crucial in deciding its efficacy in the run-up to the election. It will also say a lot about how South Africans engage with a novel political mechanism. DM

With additional reporting by Greg Nicolson.