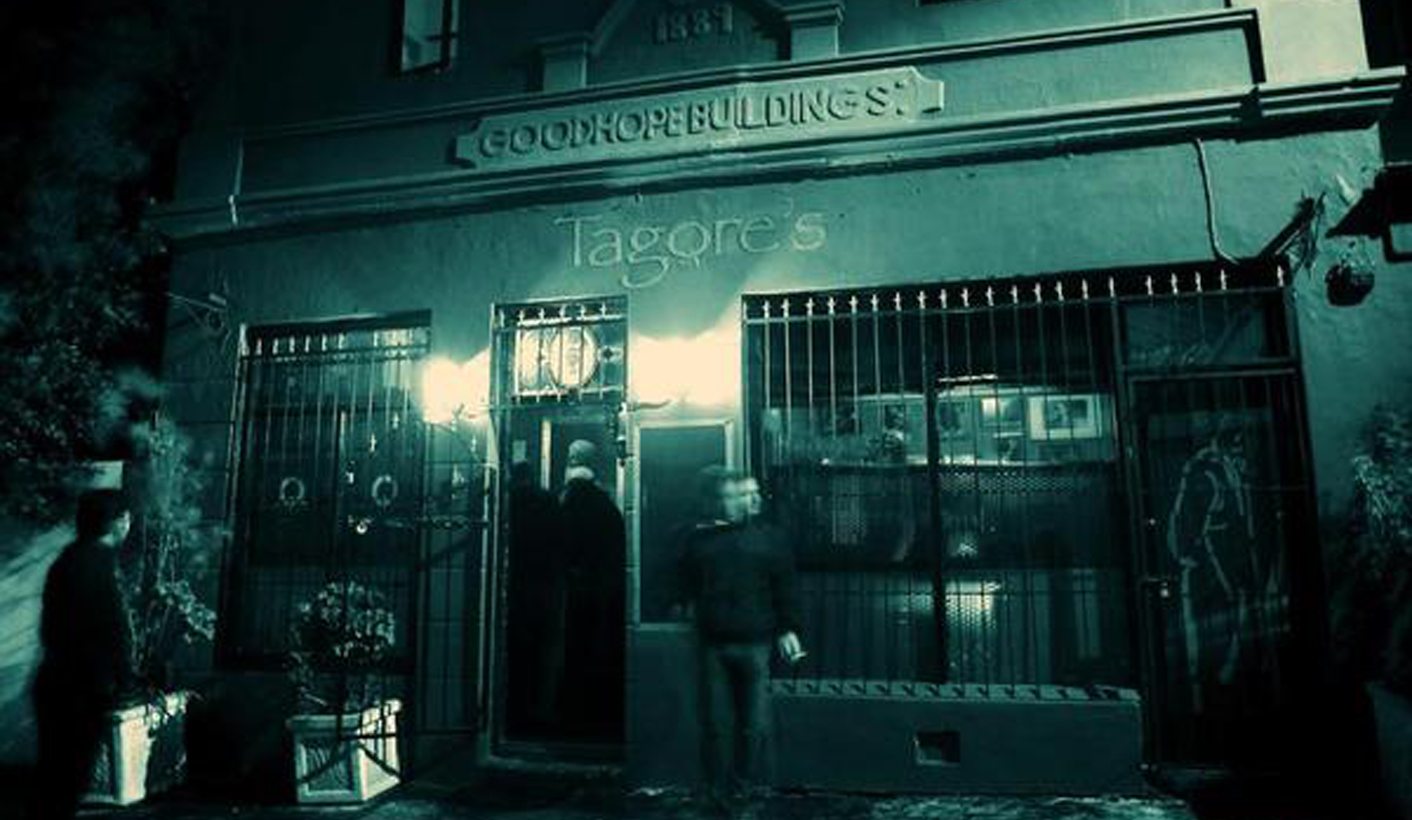 In one of the more eccentric corners of Cape Town’s weirdest suburb lies a hotspot for an eclectic mix of underground jazz, open mic sessions and poetry evenings. It’s tiny, but it’s bursting at the seams with local talent. Yet it’s threatened with closure. By JARED SACKS.

Clouds come floating into my life, no longer to carry rain or usher storm, but to add color to my sunset sky. – Rabindranath Tagore

Turning off Lower Main Road in Observatory (Obs), past a Somali-owned spaza blaring Al Jazeera at 1am, a chic Afro/Cape Malay restaurant and an upscale sushi establishment, you run into an eccentric two-story structure with a bohemian vibe and an old Moroccan feel. Late evenings, especially on Friday and Saturday nights, only packed bodies (not the usual cover charge) will prevent your entry. As you decide whether to check out this dark and somewhat obscure-looking place, you may hear someone yell fokof polisie – after they had just finished harassing smoking patrons out-front.

Inside walls are busy, full of old photographs, funky paintings, antique mirrors and outlandish ornaments. There are a number of images of Rabindranath Tagore throughout. Its tiny bar is evidence that booze isn’t the venue’s primary or even secondary attraction. Many come for the music and the people, forgetting to buy even a glass of wine during the distraction.

The chairs and couches upstairs are known to host some of the most astute and impassioned political debates Cape Town has ever seen. Yet on some nights, you could fall asleep alone up there, under the watchful eyes of Buddha, listening to the relaxing music below.

Welcome to the most unorthodox bar in Cape Town’s weirdest neighbourhood: a compact venue barely large enough to accommodate a three-person jazz outfit and 50 patrons. Tagore’s is nothing if not full of character and energy.

Well-known trumpeter, composer and producer, Marcus Wyatt, explains why acoustically, Tagore’s is many musicians’ favourite venue: “As a musician, when you play at Tagore’s, you are confronted by sheer nakedness of your own sound.”

Leading jazz pianist Kyle Shepherd agrees: “Tagore’s is a vital part of the landscape of art in Cape Town.”

On nights were bands are not scheduled to play and when Ntone isn’t mixing an eclectic set of African beats, Tagore’s also hosts open mics and poetry evenings.

Yet Cape Town’s most magical jazz venue, which has hosted some of the biggest music names in South Africa, is threatened with closure. Because of circumstances beyond its control, Old Man Tagore can no longer afford its usurious bank bond and its likely buyer is known to close down low-priced and accessible venues, and subsequently remodel and gentrify them to fit Obs’ new “Improvement District” aspirations.

As a response, hundreds of committed patrons have moved to save Tagore’s. The bar’s manager, Jamaican national Leroy Jones-Hemmings, has launched a crowdfunding campaign on Indiegogo trying to raise the R1,400,000 needed to buy the venue outright. In fact, there is an opportunity here: Leroy is pushing to turn the venue’s stage into a not-for-profit music and cultural space.

No place in Cape Town offers such an eclectic mix of Black Consciousness adherents, township jazz buffs and international travellers. It would be a shame if we were to allow Old Man Tagore to go quietly into the night. But success could mean that this dark cloud is actually an opportunity to enhance the colour of one of Cape Town’s few desegregated and accessible music venues. DM

Main photo: The front of Tagore’s at night