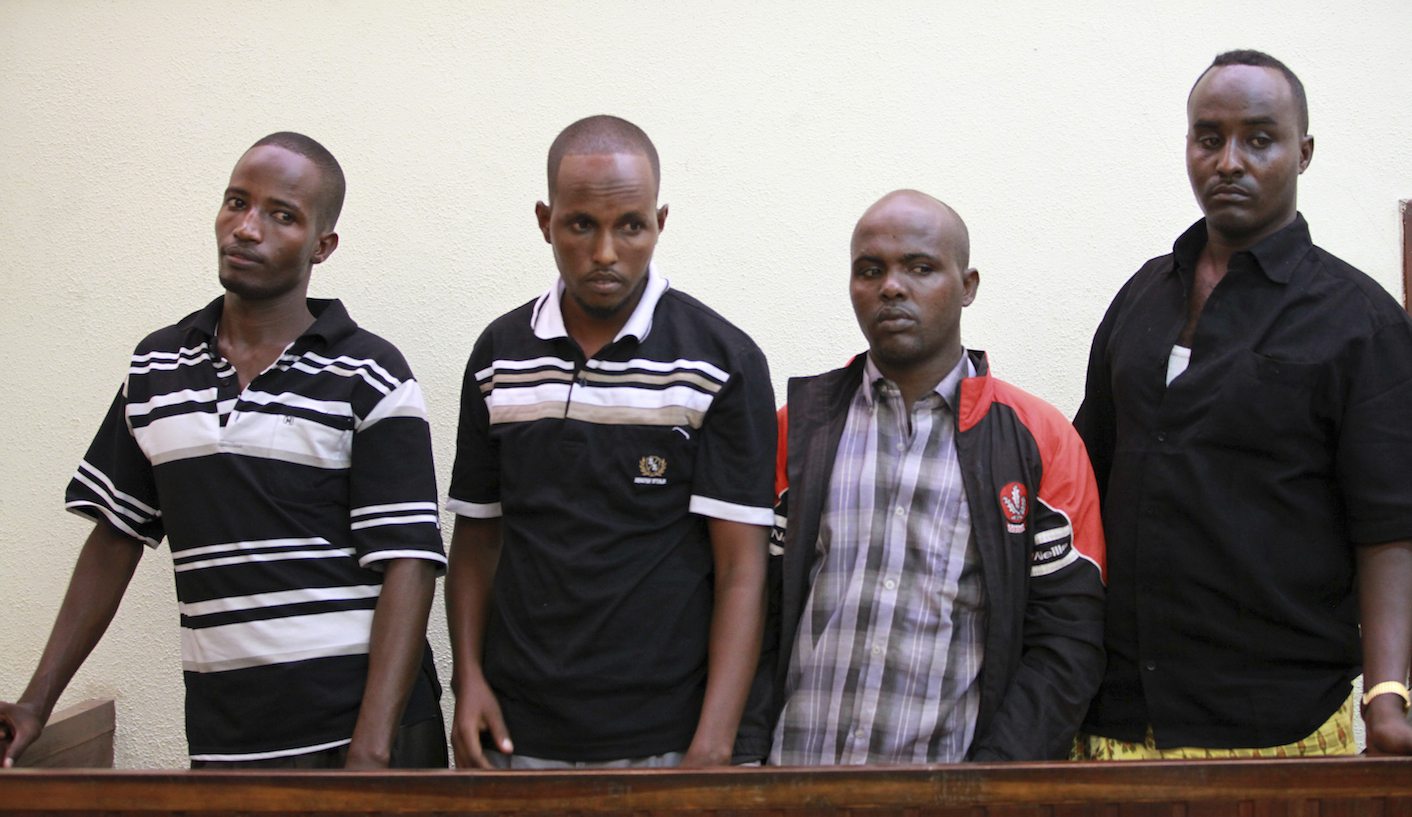 In Cape Town this week, experts from the sector of African maritime security are meeting to discuss what can be done to keep Africa’s coasts piracy-free. Why should you care? Because apart from the fact that pirates are currently holding 589 people hostage at sea, the costs of ensuring additional security for ships travelling to South Africa bearing vital imports is ultimately going to be passed on to South African consumers. And it’s a bill that amounts to up to R100 billion annually. By REBECCA DAVIS.

In the exhibitions hall of Cape Town’s International Convention Centre on Monday, you could find stalls marketing the kind of products you don’t see every day at your local mall. Radar was big, for instance. A German company called Cassidian was hawking a Naval 3D Multi-Mode Surveillance and Target Acquisition Radar, featuring “high tracking accuracy to permit deployment of different types of missiles against aircraft and anti-ship missiles”. Boeing was there, pitching among other products a Strategic Missile & Defence System ominously called the “Avenger”.

TSU Protection Services had a stall promising security services from “agents who are trained to American Secret Service standard”. You could look into picking yourself up an Autonomous Surface Vehicle, which Wikipedia will tell you is a vehicle which can operate on the surface of water without a crew: useful, obviously, in military operations. Observ Technologies was on hand to tell you about their range of cameras which have night vision ranges of up to 25km, and which can see through glass.

As marine piracy diversifies and evolves, so too must the technologies and strategies used to fight it. This is precisely the topic on the table at the Maritime & Coastal Security Africa conference, which brings together military and industry representatives from 29 countries to discuss the issue of how to keep Africa’s waters safe from piracy and other threats.

This year has seen mixed successes for African maritime security, conference director Tracey-Lee Zurcher reported. On the one hand Somali pirate attacks around the Gulf of Aden have experienced a “significant decline”. But on the other hand, 2013 has also seen the “highest ever recorded amount of pirate activity on the West African coastline”. In other words, the nature of the threat is changing.

This was a point made repeatedly by conference speakers on Monday morning. The International Maritime Organisation’s Peter Holihead said that there is evidence to suggest, for instance, that piracy is increasingly linked to drug trafficking and people trafficking. The pirates’ switch in focus from the Gulf of Aden off Somalia to the Gulf of Guinea, off the west coast, is likely attributable to the recent expansion of the oil and gas industry in that region.

But it’s also no doubt to do with the increased security near Somalia after a number of high-profile piracy cases over the past few years, which drew the outrage of the international community. Earlier this month, a Virginia judge ordered a Somali pirate to serve 19 consecutive life sentences for his participation in the hijacking of an American yacht in 2011, which resulted in four Americans being shot and killed.

Rear Admiral Ben Bekkering, of the Netherlands’ Ministry of Defence, told the conference that he had been instrumental in the operations to clear up piracy off the coast of Somalia. The success in this regard is evidenced by the fact that the last successful pirate attack on a merchant ship in the Horn of Africa was in 2012, although there have been 11 reported piracy incidents of different types there between January and October this year.

Bekkering said that one of the measures which had met with success was the introduction of medical visits to Somali coastal villages “to reassure locals that we are not there simply to sink the ships of fishermen”: in other words, a kind of ‘winning hearts and minds’ initiative. Bekkering said that village elders had been called into consultation to discuss how maritime security could work most effectively in the area. He also explained that they were now able to identify pirate houses on shore with the aid of aerial maps, and then move in to intervene.

Coordinator of Maritime Strategy for the African Union, Samuel Kame-Domguia, warned that the issue of threats to maritime security had to be considered against the background of four forces driving them: climate change; demographics; globalization; and natural resources. Kame-Domguia said, for instance, that one theory was that fishermen in Somalia had discovered toxic waste dumped on their coast and turned to piracy, though he stressed that this remained in the realm of the hypothetical.

Nigerian Navy Rear Admiral Emmanuel Ogbor opined that while what drove piracy in the Gulf of Aden was the collapse of the Somali central government, in the Gulf of Guinea the major driver was the regional black market for oil. The area is fast becoming a hub for illegal oil buyers and arm traders. In West Africa, there’s currently an inability to respond to attacks adequately for a number of reasons. Ogbor listed minimal coastguard services, a lack of training in boarding operations, inadequate law enforcement systems and the fact that pirates receive tip-offs in advance on incoming cargo from their connections in ports and on land.

Maritime security consultant James Bridger recently suggested to Voice of America that a further problem off the coast of West Africa was the laws inhibiting the carrying of weapons. “Armed guards are not allowed inside of the territorial waters of Nigeria in particular, or really any state in West Africa,” Bridger said. “You can have armed guards outside of the 12 miles, [the] 12 nautical mile territorial limit, but as soon as they go inside, their weapons have to be under lock and key.” Bridger added that one of the only remaining options for shipping companies was to hire Nigerian security personnel.

The use of private security services, which don’t have the same legal restrictions placed on them as national navies or defence forces, is one of the major factors driving up the cost of shipping. South Africa’s Rear Admiral Hanno Teuteberg said on Monday that the fact that private security companies were now carrying out the defence role of the state was not the way it should be. “Maritime insecurity recognizes no national barriers,” he said. Teuteberg was one of many speakers to stress that regional cooperation was key to tackling piracy.

South Africa is doing its bit to step up and play a role. On Monday it was announced that the South African Navy will be carrying out a new counter-piracy mission on the East African coast in late December. The three-month trip, led by the frigate SAS Spioenkop, will be executed with the aim of “neutralizing pirates in the region”.

After all, it’s not an issue that South Africa can afford to turn a blind eye to, merely due to the relative calm of its own shores. The vast majority of African trade travels by sea. South Africa has been a net importer of processed agricultural products since 2005. And as Holihead pointed out on Monday, the importance of the maritime sector to the South African economy is witnessed in the figure that almost 25% of total imports are fuel. When it comes to piracy, then, an injury to one really is an injury to all. DM

Photo: Somali pirates stand at the dock during their sentencing at a court in the Kenyan coastal town of Mombasa October 23, 2013. Four Somali pirates were sentenced to seven years each in prison on Wednesday by a Kenyan court that found them guilty of hijacking a fishing dhow in the Indian Ocean in 2010. Prosecutors told the court in Mombasa the four were armed with rocket-propelled grenades, an AK-47 rifle, a pistol and other weapons when they took control of the dhow by firing at the crew. (REUTERS/Joseoph Okanga)