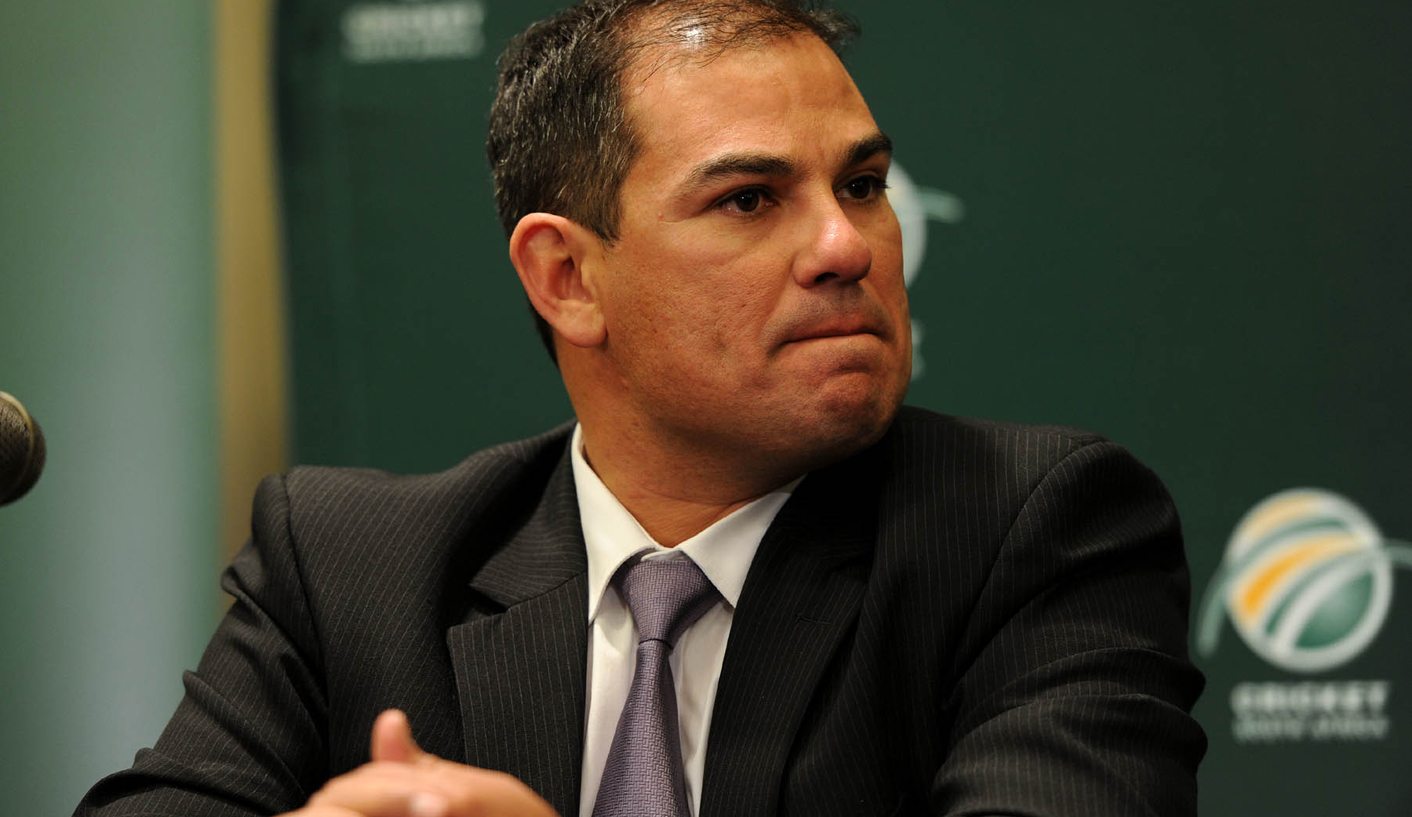 Russell Domingo spoke to ANTOINETTE MULLER about the recent tour to the UAE, those who have influenced his coaching career and the progress he has made with the limited overs squads in such a short time.

Russell Domingo’s been in charge of the South African cricket team for four months now, but he’s already had a rollercoaster of experience – from losing a one-day series in the subcontinent to losing a Test and helping the side to bounce back. He’s also begun to make strides in terms of building his own team and stamping his brand of cricket on the limited overs side.

The loss in the first Test against Pakistan in the United Arab Emirates was a bitter pill to swallow. South Africa were out of practice and it showed. Although it wasn’t overly surprising, since Pakistan had been so dominant on their adopted home turf. They thrashed England there a year ago when they were the number one-ranked Test team. Although there were many factors that played a part in the defeat, part of what went wrong in that first game, which South Africa lost by seven wickets, is the toss. South Africa won the toss and chose to bat first, but were dismissed for just 249. The odds are even for sides batting first, and the South African coach thinks it would have actually been a good toss to lose.

“The toss in those conditions is important; in your mind you want to bat first, but results show that bowling first does the same. It’s maybe one of those tosses we would have liked to lose,” Domingo told the Daily Maverick.

With so little game time before the Test, Domingo also admits that the side was a little undercooked. There had been no Test cricket for over six months and very little in terms of warm-up games. Domingo admits that there was an element of underpreparation.

“We were a little bit under-prepared, but we had not played a Test in so long. It’s difficult to replicate the Test match intensity, so that did leave us a little bit short on game time,” the coach said.

South Africa bounced back and won the second Test convincingly, though, and Domingo is happy with the way his relationship with Graeme Smith blossomed during the time out in the UAE. Although the pair had been working together since Domingo took over as Gary Kirsten’s assistant over two years ago, the pair now have to work together exclusively.

“We showed good character to come back in the second Test and I connected really well with the captain… I hope that relationship grows.”

South Africa, the number one Test team in the world, will play just two further Tests this year, followed by three against Australia in 2013. That is followed by a clash against Zimbabwe and the West Indies, hardly nail-biting contests for a side in their prime.

It’s frustrating, but it offers Domingo time to fine-tune the squads for the shorter formats of the game. There’s a World Cup looming in 2015 and although there’s plenty of time, the preparation going into it takes effort.

“It is frustrating to play so few Tests; we always hope for a few more in the calendar year. It’s very disappointing, but at the same time, it gives us an opportunity to work on our one-day game for the World Cup in 2015,” Domingo said.

The T20 squad is another aspect of the limited overs which is being worked on. There is a World T20 to play for next year and finalising the squad is important. The big task is to get a group of players together who can step in when things go wrong. Henry Davids is one of the T20 specialists who have been earmarked for a spot, but his performances haven’t been entirely convincing. Part of his struggles have been not playing in his usual position – opening the batting – but T20 is of such a nature that players should be able to adapt.

“It’s a bit unlucky for Davids – he had a poor tour to Sri Lanka. He is a quality player and no matter where he bats, he’s good enough to make it work for him,” Domingo said about Davids, who opened the batting in the T20 side in Sri Lanka, managing just eight runs from three games.

He was flown over for the visit to the UAE, but played just one of the T20s and he made a duck, although he was batting down the order. It wasn’t exactly convincing, but Domingo believes that there is a future for the man from Pniel.

In his place, Hashim Amla returned from his T20 sabbatical and although it seemed almost awkward watching Amla in the T20 format, he has struck a partnership with Quinton de Kock which has worked, a Yin and Yang sort of approach, one which Domingo feels is working well.

“I wanted to have a look at how Hashim goes in the T20s, and he has struck up a good relationship with Quinton at the top. With the hitting ability of JP, AB and Miller in the middle, I think it’s important to have that mature and authentic player at the top. Guys like Mahela Jayawardene and Kumar Sangakkara do it for Sri Lanka, and it’s very valuable. Hashim’s strike rate in one-day cricket is as good as anyone else’s, so I don’t see why he should be different in T20s,” the coach said.

T20 might not be everyone’s cup of tea, and much has been made of potentially running the format separately to Tests and ODIs, kind of like Sevens Rugby. Domingo, though, doesn’t see it that way. Crossing the boundaries and finding the dots to connect is far better for him.

“When we play T20 cricket, they are fully committed to it. I love the format and I think our team is on the right path. We’re getting a good structure together. I don’t think it could ever be cast aside from the rest of the game. There are a lot of similarities between T20s and ODIs. It’s a specialised format and it takes a special player to play it,” he says.

A special player and a special coach is an even better combination – and luckily for South Africa, they’ve got both of those. DM