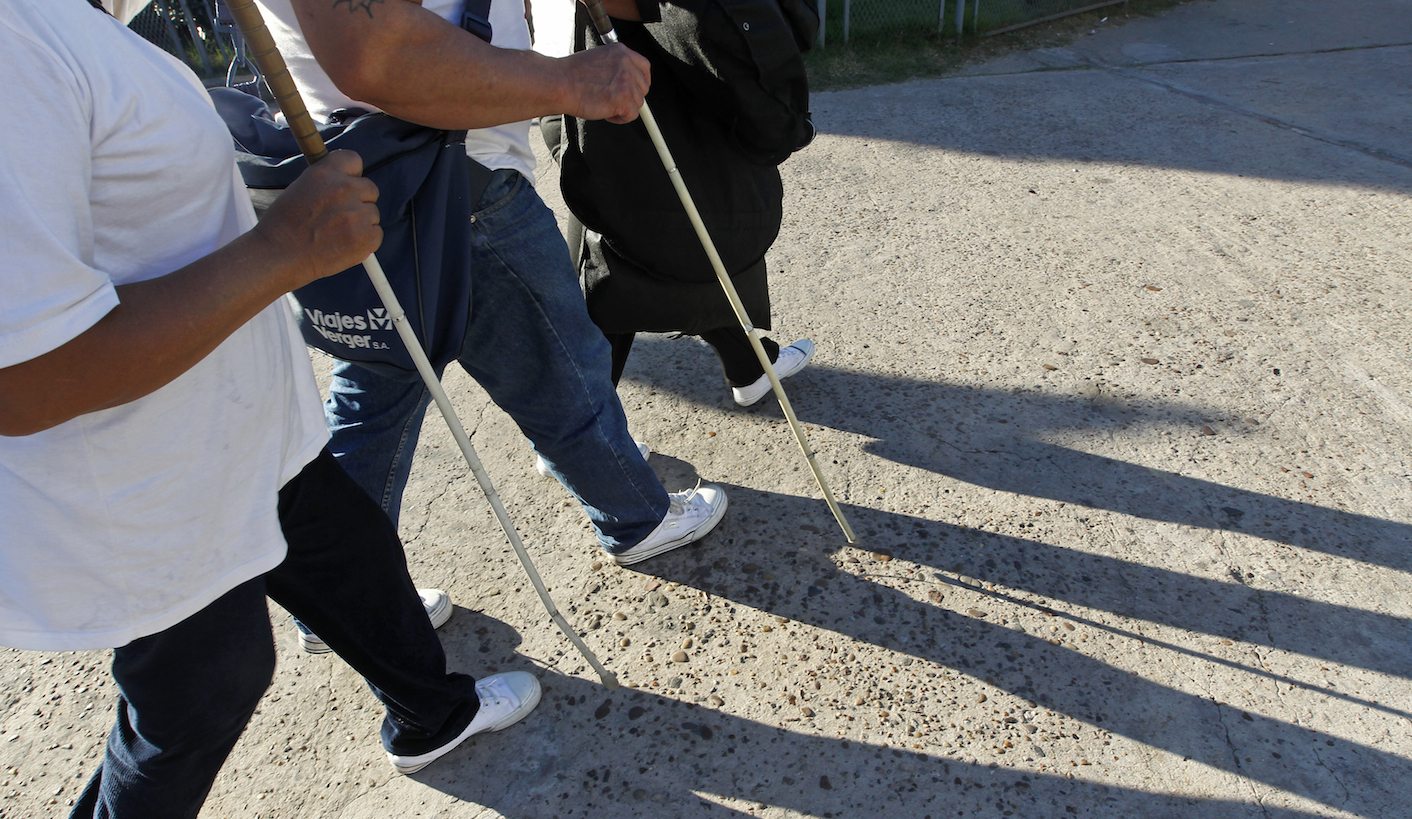 South Africa needs an active citizenry. The first step is information. This is because there is a clear link between information and power and, as highlighted by the R2K campaign, “information is crucial to the broader struggle for social justice” and, coupled with the right to freedom of expression, forms “the building blocks of an accountable democracy that is able to deliver on the basic needs of its people”. Much of the information to build an active citizenry is set out in the Constitution. By JACKIE DUGARD and THAPELO TSELAPEDI.

However, as pointed out in the previous articles that are part of this series, copies of the Constitution are not as widely and freely available as they should be. In the first article, Tim Fish Hodgson pointed out that “mere access to Constitutions will not ensure a constitutional literate South Africa”. In the second article Meetali Jain commented that, once constitutional books are accessible, there is also a need for educational and training programmes and active engagement by all stakeholders in society. Undoubtedly, the words meticulously written on the pages of the Constitution will not suddenly lift themselves up and knock on the doors of those who abuse their positions.

Beyond access to the Constitution and relevant educational training, organisation and mobilisation around constitutional principles are a prerequisite to ensuring a constitutionally literate South Africa. Active participation in democratic institutions and processes is necessary and is in step with the participatory character of South Africa’s constitutional democracy. Yet, evidence from around the country suggests that participation in formal vehicles of democracy such as ward committees and municipal integrated development plans (IDP’s), remains an overwhelmingly disempowering experience and fails to act as a democratic safeguard and to improve governance or service delivery.

We know from a series of workshops co-hosted by the Local Government Action (LGA) and the Socio-Economic Rights Institute of South Africa (SERI) that many people are frustrated with their exclusion from the material benefits of South Africa’s democracy, including a lack of housing, school facilities and services, electricity and running water. For example, at a recent workshop held in Mahikeng, North West, one participant pointed out that the lack of scholar transport for Dihatshwane learners to a school far away opens up female learners to sexual assaults. Another pointed out that unreliable water in Rooigrond compromised health and dignity because people had to go without water for weeks and months. And another participant said that she had been appealing for a school to be built since the 1980’s. Each participant knew the problems but did not necessarily know how to solve them.

Formally, there are usually local channels to bring these matters to government’s attention. However, as flagged in report after report these institutions are not working and/or serve the interests of those occupying government positions. As indicated in a Mapungubwe Institute for Strategic Reflection (MISTRA) report, “not only did councillors use their positions for self-enrichment; a substantial number of them were employed into positions for which they were not qualified”.

Evidently, the formal vehicles for formal participation, which are meant to provide a conduit between communities and the government, are not working. As a consequence, people’s disappointment and anger erupts in protest. Protests are a lightning rod signalling serious problems with our democratic order. Amongst other indicators, rising protests tells us we still have a long way to go in terms of connecting the dots, connecting people and issues with solutions.

This is what the LGA and the Know Your Constitution campaign is attempting to do. Rights are not self-enforcing. They are tools that need to be mobilised. This implies a prior need to inform and support organised civil society, assisting to build active citizenry across the country.

One example of an active citizenry is the Durban-based social movement Abahlali baseMjondolo (AbM) which has “developed a sustained voice for shack dwellers in subaltern and elite publics and occupied and marched on the offices of local councillors, police stations, municipal offices, newspaper offices and the City Hall”.

The AbM is a movement whose key “demand is for ‘Land & Housing in the City’, but the movement has also successfully politicised and fought for an end to forced removals and for access to education and the provision of water, electricity, sanitation, health care and refuse removal as well as bottom up popular democracy”. With a range of strategies under its belt -and declaring, through its “University of Abahlali”, that the struggle is school – the Abahlali movement lives Bob Marley’s dictum that “none but ourselves can set us free”.

The Abahlali movement is a good example of active citizenship but the example is not highlighted here to suggest all community-based organisations should emulate it, but rather perhaps that they might be inspired by it. And as long as the Constitution continues to inspire us all, the struggle to restore the dignity of the majority of South Africans will be within hands reach. DM

Photo: A man gestures to the police during violent service delivery protests in Bekkersdal,west of Johannesburg in October. (REUTERS/Siphiwe Sibeko).