Analysis: UN intervention in CAR is short on details, and time 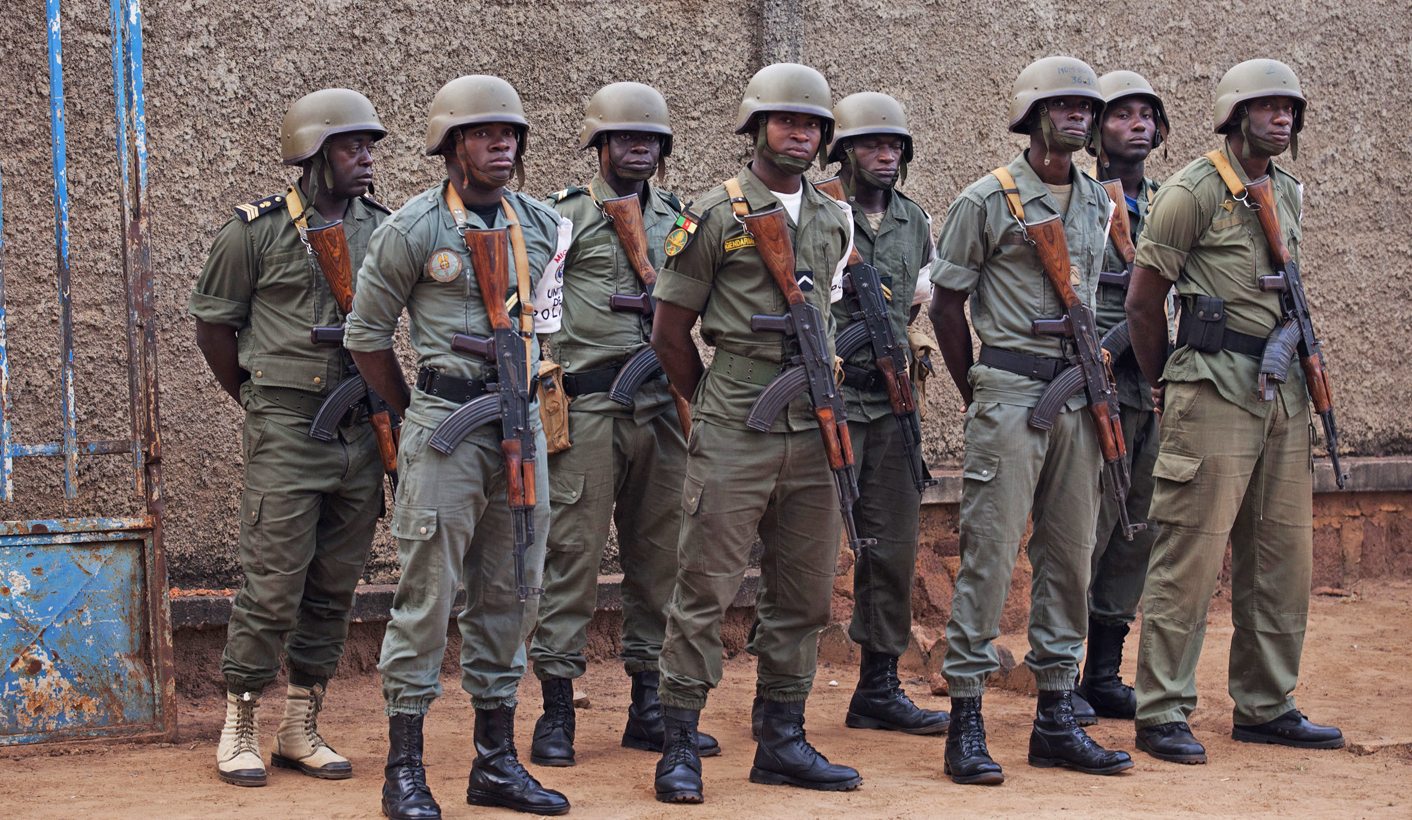 As violence escalates in the Central African Republic, and assumes increasingly religious overtones, the international community is contemplating a response. They know they must do something, but what? And will it be enough? By SIMON ALLISON.

Even the United Nations is calling the situation in the Central African Republic (CAR) the “forgotten crisis”. Although the reports coming out of the country grow more disturbing by the day, the conflict there is taking a back seat to a more familiar entry in the international community and media agenda: the nuclear talks with Iran, which, while encouraging, remain a tentative deal to pre-empt a hypothetical problem. In CAR, the problems are about as real as they come, and they’re happening in the here and now.

“The population is enduring suffering beyond imagination,” said UN deputy secretary-general Jan Eliasson, addressing the Security Council on Monday. “As we see far too often, women and children are bearing the brunt. Human rights violations are mounting. The use of child soldiers is rising. Sexual violence is growing. There are widespread reports of looting, illegal checkpoints, extortion, illegal arrests and detentions, torture and summary executions…If this situation is left to fester, it may degenerate into a religious and ethnic conflict with longstanding consequences, a relentless civil war that could easily spill-over into neighbouring countries.”

Earlier this year – as South Africans will remember – CAR President Francois Bozize was deposed by a coalition of rebel groups calling themselves the Seleka. 13 South African soldiers, there with shady instructions to protect Bozize, were killed in the fighting. Since assuming power, however, new president Michael Djotodia has proved himself incapable of governing or even of controlling the rebels once under his command. They have split into renegade militias, alternating between terrorising towns and doing battle with what remains of Bozize’s support and citizen self-defense groups (known as anti-Balaka). To make things worse, there’s a definite religious edge to the fighting: the ex-Seleka rebels are predominantly Muslim, their numbers reinforced by fighters from neighbouring Chad and Sudan; while the anti-Balaka groups draw from CAR’s Christian majority.

Senior UN diplomats have publicly voiced their concerns that the situation could deteriorate even further, possibly even into a religiously-motivated genocide. This was echoed by French foreign minister Laurent Fabius last week, who warned that the country was on “the verge of genocide” and said that the UN would find some way to respond.

Monday’s Security Council meeting marked the beginning of the international community’s response. Although a good start, it wasn’t exactly overwhelming.

The favoured plan, as proposed by the UN’s Regional Office for Central Africa and outlined by Eliasson, is to mandate a new United Nations peacekeeping force of 6,000 soldiers and 1,700 policeman, which would help lay the foundation for transparent, accountable, efficient and resilient institutions governed by the rule of law – and make sure the international community has some political leverage in the conflict. These 7,700 personnel would have the job of pacifying a country half the size of South Africa.

However, it will take a bit of time to get the peacekeeping force together (there’s no word, for example, on who will fund it or who will provide troops). In the meantime, the United Nations would do everything in its power to support the MISCA, the existing African Union peacekeeping mission in CAR, which 2,500 soldiers strong and due to expand to 3,600. Eventually, MISCA would be absorbed into the UN mission, presumably providing the bulk of the manpower. This raises a potential problem, however: Chad is the largest contributor to MISCA, but there are also Chadian mercenaries (presumably trained by groups opposed to Chad’s President Idriss Deby) fighting for ex-Seleka groups, so it’s unclear just how neutral Chadian soldiers can be in this particular conflict.

For now, the UN is remaining quiet on what the timelines for the mission would be, although the first stage in the process is for the Security Council to approve the plan in its meeting next week (and this is by no means guaranteed). It also has not indicated whether the peacekeeping mission would have an offensive mandate – that is, whether it would be allowed to attack rebel or militia positions in order to secure the peace and protect civilians. This would be contrary to standard UN practise, but it is a tactic that seems to have worked in the Democratic Republic of Congo, where the UN’s experimental Force Intervention Brigade helped the Congolese government defeat the M23 rebels.

In addition to the UN response, France is planning to boost its own presence in CAR. The 400 French troops already on the ground – a legacy of France’s colonial history in the country – will be supplemented by another 800 soldiers, according to CAR’s embattled interim Prime Minister Nicolas Tiangaye. This apparently selfless gesture, however, just might have more to do with protecting France’s significant assets in CAR (such as Areva’s uranium mine in Bakouma).

So far, the international community’s response to the deteriorating situation in CAR raises more questions than solutions. Who will provide the troops? Who will pay for their deployment? Where and how will they be deployed? When it all happen? In theory, these are details that will be cleared up next week at the next Security Council meeting (every day that goes by, however, results in more atrocities being committed, the displacement of even more civilians and the worsening of the already grave humanitarian situation). But even the Security Council can’t answer the most important question of all: will it be enough? DM