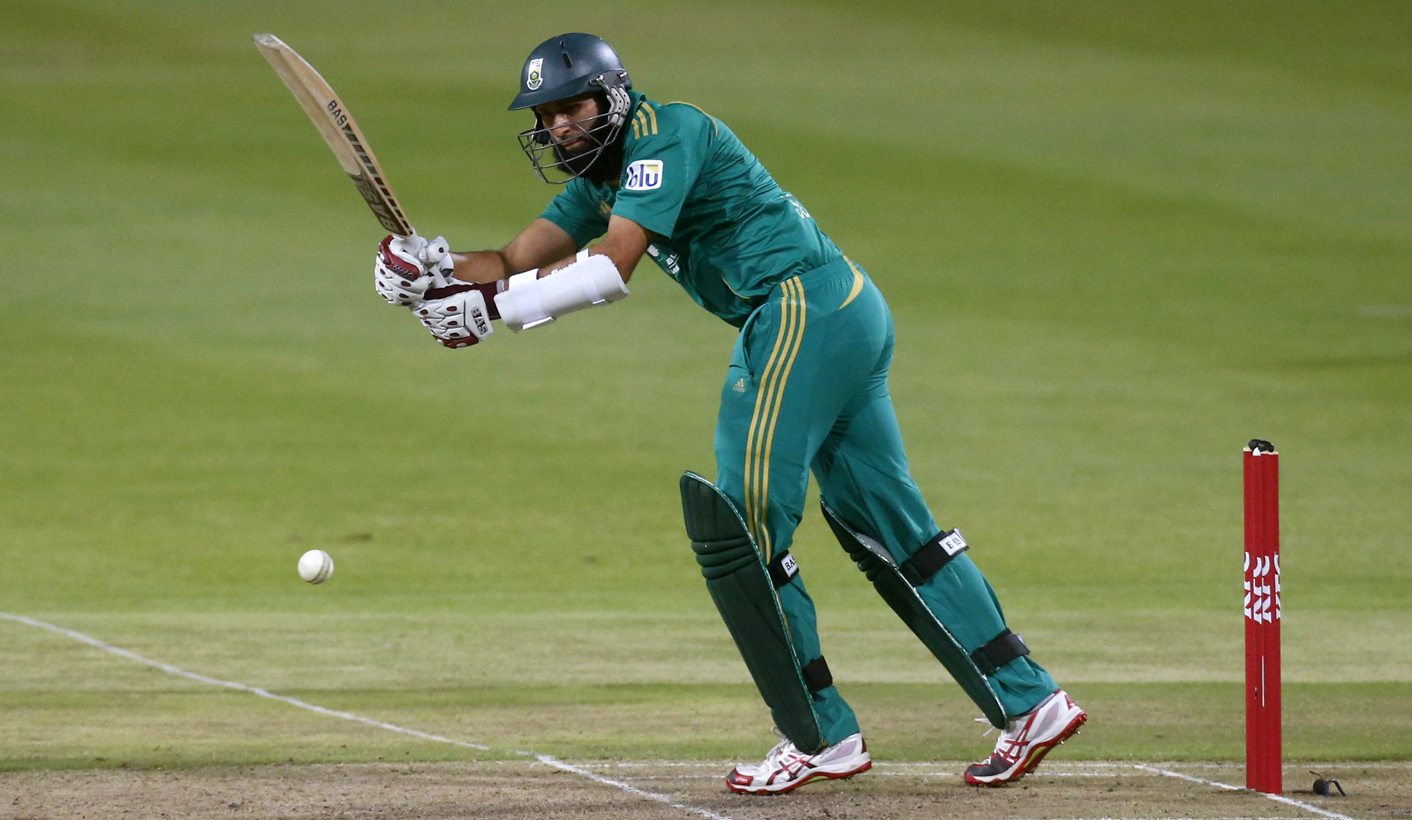 With the eye on the ICC world T20 happening in Bangladesh next year, South Africa are starting to show signs of being a solid unit, but there are still a few kinks which need to be ironed out. LYNN BUTLER picks five talking points from the recently-concluded T20 series between South Africa and Pakistan.

Pakistan fought back hard in the second T20 match to draw the series 1-1 at Newlands on Friday night after rain ruined their party in the first match on Wednesday. The visitors beat the Proteas by six runs in a tight clash. South Africa pushed Pakistan closer to the edge than many might have expected, but the visitors showed what they are capable of when they keep their brains switched on.

Pakistan won the toss and elected to bat first, but their openers struggled once again, with both Ahmed Shehzad and Nasir Jamshed falling cheaply and failing to pass 20. Mohammed Hafeez and Umar Akmal changed Pakistan’s fortunes, though, as each notched up a half-century to take Pakistan to their highest-ever T20 score of 176-4.

South Africa wanted to test their backup players for the potential World T20 squad for Bangladesh next year. That meant that David Wiese and Aaron Phangiso came into the side with Imran Tahir and Lonwabo Tsotsobe dropping out. The replacements struggled and their lack of experience showed – and the Pakistani batsmen took full advantage.

The Proteas were set to prove to that their win on Wednesday night wasn’t predominantly caused by the rain. With a chase of 176 and the run-rate at 8.80 an over, South Africa got to a good start, with their opening dynamic partnership of Quinton de Kock and Hashim Amla managing 58 off 43 balls. The foundation looked solid, but De Kock destroyed it when he predictably slogged Shahid Afridi and fell in the hands of Nasir Jamshed to peg the Proteas back to 58-1.

Until then, South Africa were keeping up with the run rate, but Faf du Plesiss and AB de Villiers fell in quick succession, and the Proteas were soon pegged back.

Here are five talking points from the drawn T20 series.

Quinton de Kock has proven that he is not just an explosive opening batsman, but that he has given South Africa some hard-hitting confidence heading into the World T20. Although he still has the tendency to throw away a good start, De Kock is maturing as a player, something which is largely down to his own hard work. On Saturday, while everyone had left Newlands, De Kock stayed behind to work on his fitness before heading into the gym to build muscle. Although he managed just 69 runs across the two T20s, it seems like he has sealed his spot in the T20 side. He’s certainly more than apt with the gloves and with a little bit of TLC, he’ll be superb with the bat, too.

Amla is growing in his T20 role

Many have questioned Hashim Amla’s spot in South Africa’s T20 squad, and though his batting style may have not suited the fast-paced format, the coaching staff believe he is the perfect addition to the side. With his maturity, his calm and his experience, Amla is being tasked with being the stability at the top of the order. Although he might not be the flashiest batsman or have the highest strike rate, he was scoring faster than his opening partner for the most part of Friday’s game. After a sabbatical from T20, Amla is making a steady return and clearly wants to improve his showing in the shortest format of the game. He has moved from the Dolphins to the Cobras and has made himself available for selection for all of the domestic T20 games. Amla as a T20 stalwart might take some getting used to, but after a while, the team might not be able to imagine life without him.

The struggles of the back-up players

The second T20 has given Aaron Phangiso and David Wiese game time after not being included in the side this summer. Having only a couple of months to go for the ICC World T20 in Bangladesh, the two backup players struggled in their first match at Newlands. Phangiso, who manages just one wicket, was smashed around the park by Hafeez and Akmal. There is no practice like match-practice, and both players have proven themselves on the domestic circuit. Phangiso was the third-highest wicket-taker in last season’s domestic T20, while Wiese has built a reputation as a finisher in T20s, but they haven’t quite managed that at international level. There are just three T20s left against Australia to finalise the squad, and while this season’s domestic T20 competition will offer another look in at some potentials, the fringe players aren’t inspiring much confidence at the moment.

In the two shortest formats of the game, South Africa have won just one game chasing, and in that game, they needed just 99. Although chasing the highest total ever in a T20 at Newlands was going to be tough – and although South Africa came close – their chasing still needs some work. AB de Villiers came in batting at number four, a peculiar move considering he is the best batsman in the team. Skipper Du Plessis insisted that there is no room to manoeuvre for De Villiers to come in earlier in the T20 team – that’s the role that’s been given to him and that’s the role he has to play. For a team that has been quite innovative in so many other aspects, it’s a rather strange rigidity. There have been some improvements when it comes to chasing, but the Proteas haven’t quite hit the nail on the head just yet.

Pakistan’s opening partnership of Ahmed Shehzad and Nasir Jamshed has left their middle order to pick up their broken pieces. Neither managed a score of significance during the T20 line-up, but the one-day skipper Misbah-ul-Haq believes the conditions are ideal for them to test their mettle and grow. Batting against some of the best bowlers in the world in their home conditions is a tough test for anyone, but even more so for young players. Ahmed Shezad showed promise in the one-dayers in the UAE, but Nasir Jamshed is yet to build anything of significance. Like all other teams, the World T20 is the main prize and Pakistan might want to consider a change at the top.