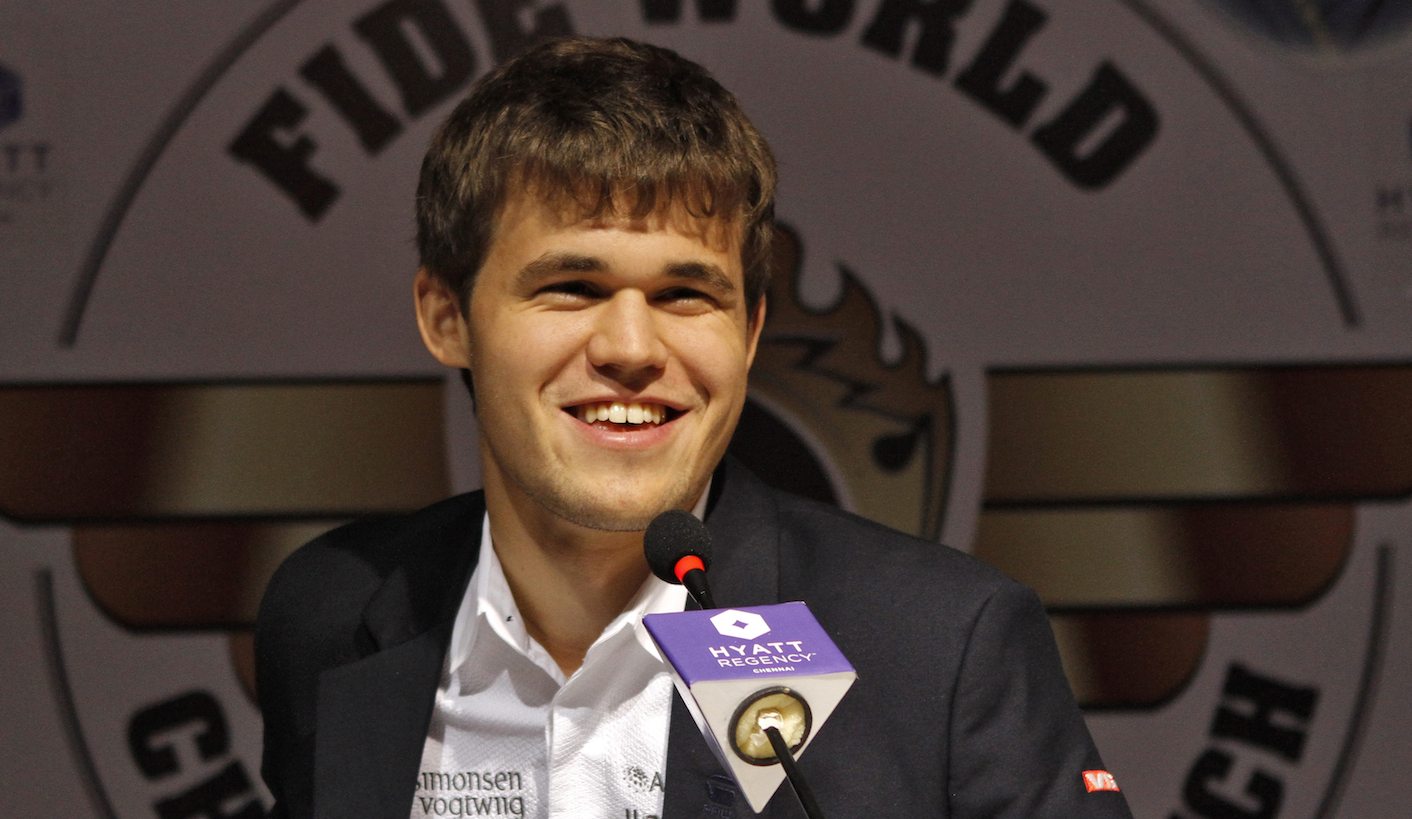 “The match was shown on television and I know that a lot of people who don’t play have followed it, and that’s absolutely wonderful,” Carlsen told a press conference after Friday’s game. “I really hope that this could have positive effect on chess both in Norway and worldwide.”

A grandmaster since he was 13, Carlsen has drawn unusually big crowds and non-stop television coverage in his native Norway.

The championship matches, which started on Nov. 9, have driven the country’s top sport of cross-country skiing from the front pages, and a poll by tabloid VG put Carlsen almost on par with Olympic champion skiers Petter Northug and Marit Bjoergen as Norway’s top athletes.

“I am impressed,” Northug said after Carlsen’s victory.

“I watched the game … and it looked like he totally broke down Anand,” he told TV2.

Carlsen played four draws early in the tournament, wearing down Anand who never recovered from blunders in the fifth game.

“My mistakes didn’t happen by themselves, he managed to provoke them,” a visibly exhausted Anand said. “The fifth game was a heavy blow. I really hoped not to be afraid of him in long games but to match him. But it wasn’t meant to be.”

Carlsen, described by chess great Garry Kasparov as a once-in-a-generation talent, earlier achieved the highest rating in the history of the game, beating Kasparov’s 1999 record.

Norwegian broadcaster NRK said that more than 600,000 people or more than 1 out of 10 tuned in to its daytime broadcasts of the games, while tabloid VG said its online coverage generated 600,000 page views per game.

Oslo retailers ran out of chess sets earlier this week and have sold more since the start of the tournament than in a normal year. DM

(Reporting by Balazs Koranyi and Terje Solsvik in Oslo; Editing by Sonya Hepinstall)

Photo: Norway’s Magnus Carlsen smiles as he speaks with the media at a news conference after clinching the FIDE World Chess Championship in the southern Indian city of Chennai November 22, 2013. Carlsen replaces India’s Viswanathan Anand as world chess champion. (REUTERS/Babu)