Nkandla report: A security/legal cluster pulls the punch, for now 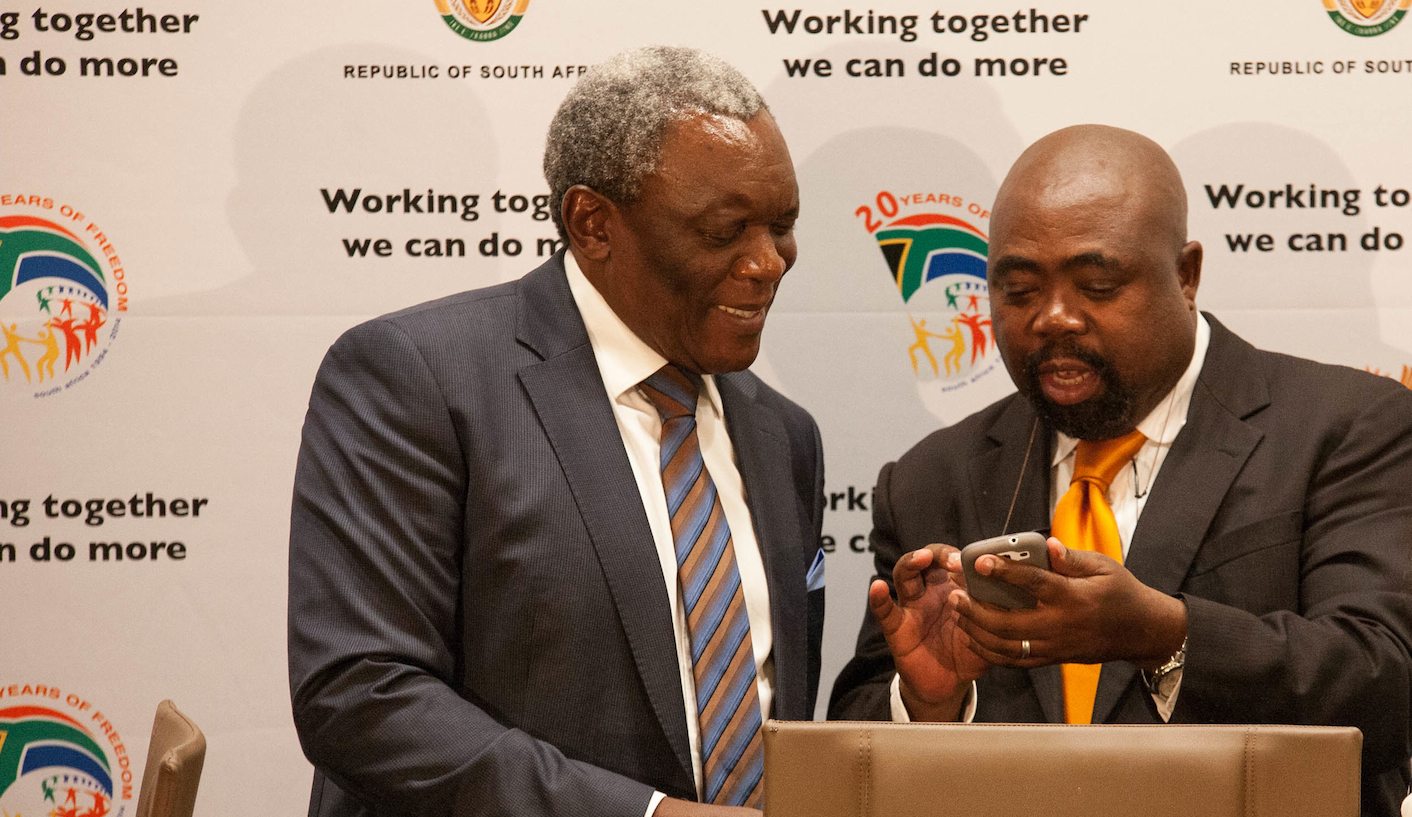 On Thursday, the Justice, Crime Prevention and Security (JCPS) ministers responded to Public Protector Thuli Madonsela’s investigation into the money spent on President Jacob Zuma’s Nkandla residence. Their tone was cooperative, but threats and obfuscation remained. By GREG NICOLSON.

Thursday’s press briefing was scheduled to discuss the latest meeting of Cabinet. Public Administration Minister, Lindiwe Sisulu, read an eight-page statement on issues from voter registration, to Bafana Bafana, to 2014 commemorative coins. The Cabinet statement is here, but the media was there ostensibly to hear about Nkandla.

Madonsela announced on Wednesday that she was determined to complete her investigation into the security upgrades at Zuma’s house and after considering 28 pages of security concerns from the JCPS cluster, the ministers would no longer be involved in the process.

After a damaging court application from the cluster against the Public Protector, the ministers said they were committed to working with the Madonsela’s office. Her plan to “de-politicise” the process of finalising her investigation was met quizzically by the ministers.

“There wasn’t a time, there was never a period where we sought to politicise the process,” said Defence Minister Nosiviwe Mapisa-Nqakula.

“There was never a time when we discussed how we were going to assist or coerce the Public Protector into writing the report in a particular way.”

The ministers reiterated that they only went to court as a last resort.

They described the Public Protector as having stubbornly dismissed their requests for more time to comment on the security issues contained in the draft of the provisional report. Mthethwa said the defence minister had provided a helicopter for Madonsela to use in her investigation while Public Works Minister Thulas Nxesi even SMSed her to request more time to submit their comments.

“The point is we didn’t go to court because we wanted access to some report of the Public Protector. We went to court because at the time we had not been granted opportunity to make comments,” said Mapisa-Nqakula.

“We have no appetite of going in and out of court,” added Mthethwa.

There has been speculation that the cluster will try to delay or derail Madonsela’s report by taking the issue of who is ultimately responsible for classifying security concerns back to the courts.

Outlining her plan for completing the investigation, the Public Protector on Wednesday said the cluster’s security concerns would be considered, after which she would consult state security experts (not ministers), and if there are issues that cannot be resolved then independent intelligence experts would be asked to comment.

The ministers said they would cooperate with the investigation but are unlikely to accept the use of independent experts. On Thursday, the ministers were adamant that they are responsible for the security of the president.

He said the state would continue to offer security advice, but government officials would do so under the instruction of the ministers. Mthethwa suggested that he would not accept any independent expert involvement in Madonsela’s report: “If it’s private security and so on I don’t know how we are going to do that because it will be in violation of the Constitution.”

On Wednesday, the Public Protector cited the Constitution, the Public Protector’s Act and the Executive Members’ Ethics Act that give her unfettered powers to investigate. The ministers on Thursday continually said state security and the security of the president is their responsibility and Minister Siyabonga Cwele referred to some laws of his own: the Constitution, the Police Act, the National Key Points Act and the Defence Act.

Again and again, the ministers stated that no money was spent on upgrading Zuma’s Nkandla house or houses; the R208 million was only used for the security upgrade. The Department of Public Works task team concluded that while there were irregularities in the procurement processes at Nkandla, there was no evidence that Zuma’s house was built with public money. This fits Zuma’s (controversial) comments in Parliament that he paid for his home himself and has a bond.

The allegation that the Zuma family is living in R208 million of luxury on the state dime is clearly frustrating the ministers. Mthethwa said it’s an outright lie that the money went to the houses and “those who peddle those lies follow the example of Goebbels”. (He was referring to Joseph Goebbels, Hitler’s public engagement and propaganda head.)

The media was thanked but the ministers appeared to issue veiled threats. They argued that publishing pictures and visuals of Nkandla violates the National Key Points Act as they compromise the security of the president. No one threatened criminal charges, but they asked nicely for the media to desist and said they would speak to media houses if they need to. “At this stage we are just appealing to the South African public,” said Cwele.

The 1980 National Key Points Act criminalises the release of information related to national key points. Multiple images of Nkandla have been published, but it would be up to a judge to decide whether the Nkandla photos would be classified as unlawful.

Mpumelelo Mkhabela, chair of the South African National Editors Forum, said on Thursday, “Digital images of Nkandla are forever available on the Internet; it would be absurd to prohibit the printed media from showing graphically what the development entails. We regard this announcement as a further clampdown on freedom of expression, by a government that has recently passed the Protection of State Information Bill.”

The press conference sent a clear message on the ministers’ views of Madonsela’s investigation and the public’s criticism of Zuma. They want to avoid further beef with the Public Protector. They won’t let anyone else tell them what’s a security concern and what’s not. They want the media to back off and are trying to shift the focus from Zuma to the possible corruption involving the procurement process.

But on the details of Nkandla – the stuff that determines Zuma’s culpability – the ministers raised more questions than they answered. That’s why it’s so important that Madonsela completes and releases her report. There’s too much confusion, too much obfuscation from Zuma’s allies, to understand their version of just what the hell happened. DM