SA Sports Awards: a shady - and shameful - waste of tax... 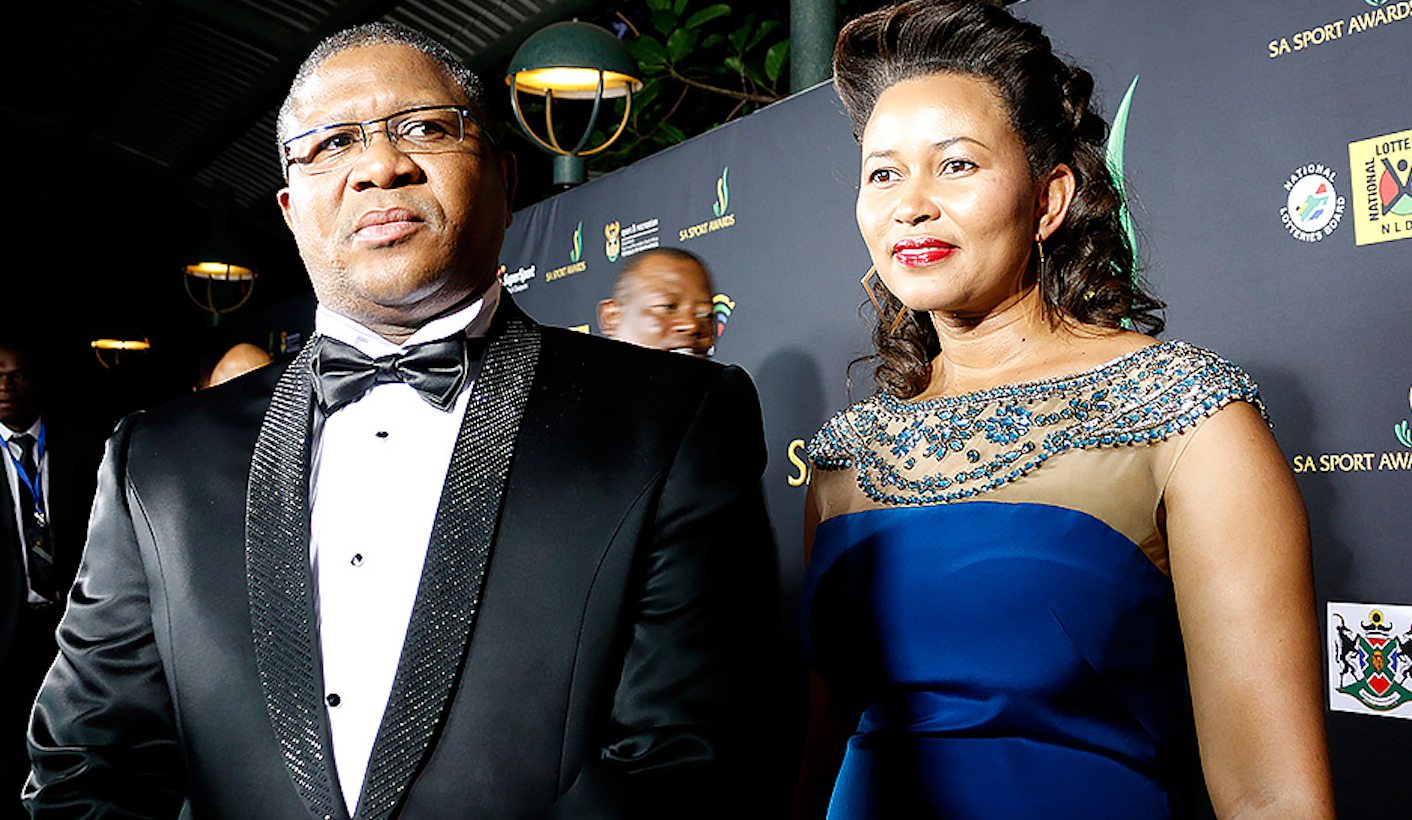 The South African Sports Awards dished out R65 million on a glitzy ceremony on Sunday night - money that could have been far better spent. And let’s not forget the dodgy tenders. By ANTOINETTE MULLER.

On Sunday evening, while the Springboks were doing battle with Scotland at Murrayfield, there was another kind of battle going on. A battle for who could waste money better, as the South African Sports Awards yet again courted controversy.

The glittering bash, which cost R65 million, of which R21 million came from taxpayers was, essentially, a popularity contest for its nominees. Those who were nominated for the apparently coveted Sports Star of the Year award had to convince their fans to vote for them via USSD on their cellphones, at R2 a pop.

You’d think that a ceremony which gathered R44 million in sponsorships could at least find a way to make voting free. But no, instead of finding a way of giving some sort of credibility to an awards ceremony that already looked murky, the organisers opted for a lazy alternative. Itumeleng Khune walked away with the prize, mostly because he was campaigning for his efforts. It was, in essence, a reminder of football’s popularity in the country, but celebrated in cringe-worthy fashion.

More worrying than the popularity contest is where exactly the money is going. According to Parliament, the budget is broken down as follows:

The prize money totals just R3.7 million. R1 million goes to the winner of the SA Sports Star of the Year category and R10,000 to every nominee across the board. That’s nice, but the money spent on throwing the big bash cannot be justified, even when taken into account that there are various different events across a number of days.

A massive bone of contention is the choice of venue. Is the Sun City  Superbowl, a concert venue, really appropriate for an awards ceremony? Being lavish is understandable. These are overachieving sportsmen, after all.  They are the country’s pride and joy, and if the organisers wanted to treat them like royalty, that’s their prerogative.

But should all the administrators who attended also be put up in the most expensive hotels? Is R4,400 a night (for the cheapest room, mind) really necessary?

There’s one word here that’s important to bear in mind. Tenders. The organising of the event was put out to tender, and the company that won quoted the department in the region of R18 million.

The tender was jointly awarded to Sabela Uyabizwa Media and Ultimate Sporting Concepts. The former has no traceable website or VAT number.  When companies bid to do business with state departments, a requirement is that they should have a valid tax clearance certificate.  Sabela Uyabizwa Media has done work for the government before, during last year’s Mangaung conference. The company organised a concert, funded by the ANC. It is dubious, to say the least.

Even with the lunacy of the near R18-million cost, there is still R3 million missing from the budget of the department. Where did that money go? And what about the R44 million from “other sources”?

Why is it not going towards supporting up-and-coming stars? Swimming South Africa, a federation that struggles to support athletes, won federation of the year – a laughable award. Yet some young swimmers have their progress hampered because of lack of funding.

If generously calculated, there would be at least R40 million left over in the budget, an amount that could go towards supporting youngsters. Swimmers need around R250,000 – R300,000 a year to make up their expenses. For a department that clearly knows how to rake in the moolah, why are these youngsters not being looked after and sponsored with some of the funds raised from these lucrative deals?

Yes, the department will present some proposed funding deals to government, but how can money be spent so poorly when some of the smaller sporting codes are suffering and their funding isn’t always approved?

Yes, it’s nice to be recognised instead of having tea and scones at the president’s house. It’s nice to be treated like a celebrity and to have achievements highlighted, but far too many athletes missed out this year. For instance, Daryl Impey who made history in July, becoming the first South African and African to wear the yellow jersey at the Tour de France after stage six. With his team winning the fourth stage, Impey led the points after the sixth stage and kept the yellow jersey after the seventh stage. He didn’t make the nominations because the judges didn’t see fit – perhaps one of the biggest oversights of this year’s awards.

How are athletes expected to compete when the very department that masquerades as supporting them through a gimmicky awards ceremony  can’t be bothered?

The South African Sports Awards are an insult to sport in the country. The ceremony is a parade of gluttonous sums of money being wasted under the guise of helping South African athletes out. But hey, at least it had some razzmatazz, right? DM

Photo: Minster of Sport and Recreation, Fikile Mbalula and his wife Nozuko at the South African Sports Awards (Sasportsawards.com)