‘Money, power, respect’: the Constitution’s foundational values (and yes, the title of a hip-hop song) 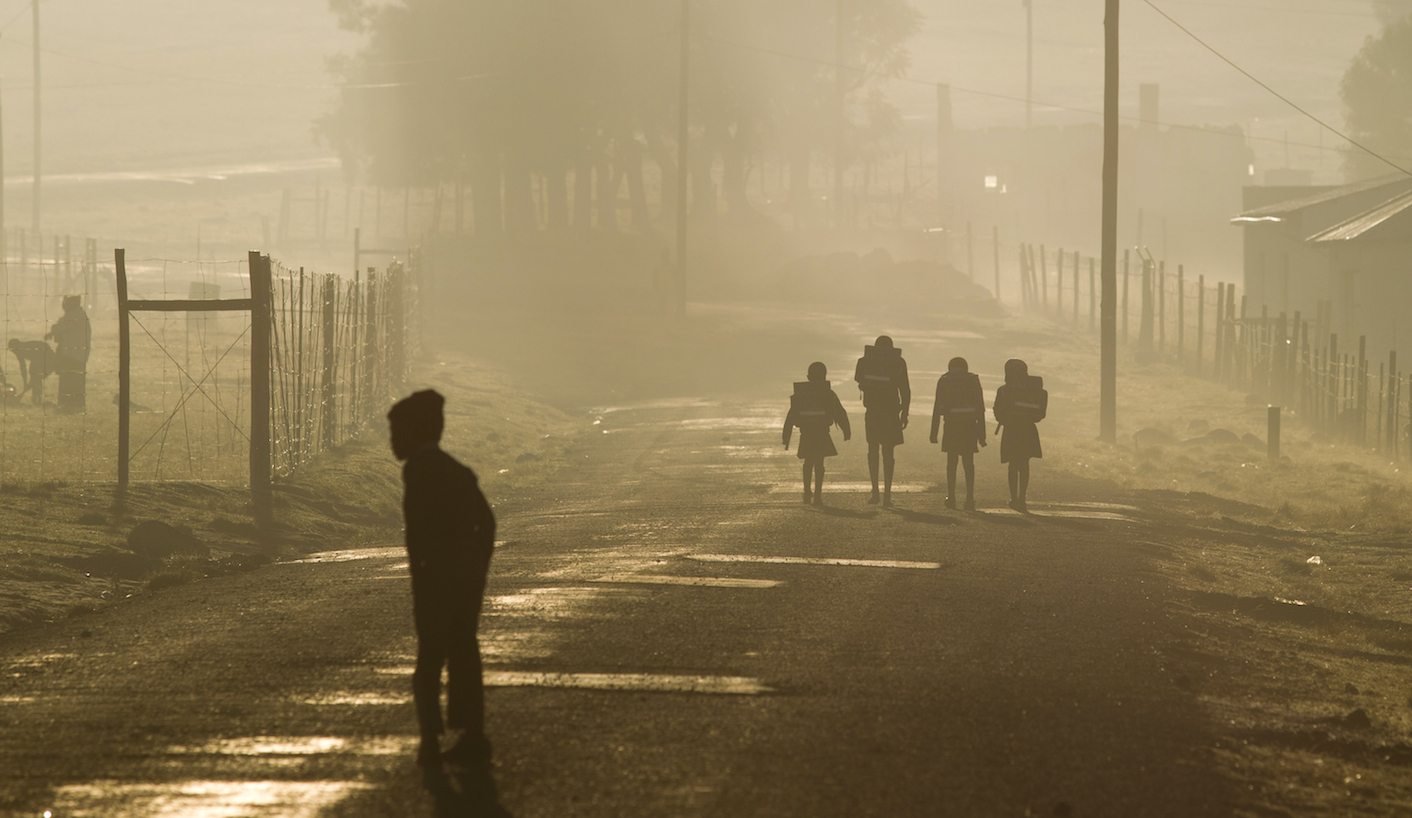 Over the past two years, 4,000 high school learners have participated in our educational programmes at Constitution Hill. Most of them attended our Saturday Workshops at the Constitutional Court, an educational initiative where children are encouraged to engage with young volunteers and to speak their minds about the Constitution, the Bill of Rights and their socio-economic context. All of us have heard statements like the title of this article, uttered not always out of ignorance but sometimes as a prescient (and cheeky) take on the world around them. We should be worried, because this tells us that the Constitution does not guide the younger generations in their urge to move on and turn the heavy pages of history. Building on the two previous articles in the Know Your Constitution series, we stress that government, civil society and citizens should collectively and creatively engage with the youth and make sure that they reclaim the Constitutional project. By PAULA RAINHA.

This year we celebrate the 17th anniversary of the Constitution – our 17th opportunity to ask if the hopes and ideals for our nation have become, as Ramaphosa’s speech says, “more than words on a page”, if they have become “a reality in the lives of all our people”, if we “know [the Constitution] intimately” and have learned how “to live by its tenets”.

The first is History and Transformation, and a large part of this topic is taught through a short visit to “Number 4” prison and through the rich symbolism of the Constitutional Court building and its extraordinary art collection. Although children like to say that history is just a bunch of things that happened to other people, arts-mediated experiences like the spontaneous silent reflection that always happens after we tell the story of Harold Sefola and Phila Ndwandwe allows us to introduce them to the Truth and Reconciliation Commission, which is often totally unknown to the children.  When discussing transformation we use metaphors and the neon artwork “A Luta Continua” (the struggle continues) to make the point that transformation is a perpetually unfinished project. This, we hope, will help learners to identify and critically assess unduly appropriations of this concept to justify delays in the transformation process and in the realisation of socio-economic rights.

The second pillar is the Rule of Law and Separation of Powers. Moving from the history of the creation of the Constitution we focus on its very fundamental role in defining how power is shared between the different spheres of the state, something that is rarely or never addressed in schools. It is crucial that learners understand that the Constitution is the supreme law of the country and that nobody is above the law – concepts which may seem obvious but really are not, at least to them. It has been troubling to see how children perceive how power is distributed in South Africa, sometimes painting a picture more akin to an absolutist state than to a democracy. In two years, only one learner candidly replied “us” when asked who the most powerful person in the country was.

The last pillar is The Bill of Rights where learners are introduced to the different rights and to the ideas of universality, inalienability, indivisibility, inter-dependence and inter-relatedness of rights. Universality is arguably one of the essential projects of human rights struggles worldwide and a contentious point in many African countries dealing with antagonist claims based on culture and tradition. Rather worryingly, the children who visit our project do not always agree that the South African Constitution should enshrine the rights of all people in our country – depending on the rights they would exclude women, foreign nationals or sexual minorities, which is shocking considering the inclusive character of the Constitution and the Court’s jurisprudence in this regard. Under this theme, we also explore the Constitution’s founding values. We do so in an attempt to shift the youth’s perception from life ideas such as “money, power, respect” to dignity, equality and freedom. Sadly, most young people have trouble grasping the full meaning and philosophical richness of these ideas in their mother tongues, all the more so if they are only presented with the word in English.

Add to the mix discussions on topics as diverse as Nkandla, drug abuse, Marikana, teachers strikes, Muslim marriages, police brutality or ‘why are people always talking about Limpopo?’, and you can have an idea of how lively and exciting and sometimes deeply concerning our Saturday workshops are.

Despite all our hard work, joys and sorrows, two years down the road our perceptions on the adoption of the Constitution by the youth have not changed much. Those perceptions are that high school children have a poor understanding of most issues raised during the workshops, especially of how power relations and global forces shape the profoundly unequal South African reality. The causes for this dismal picture are obviously complex, ranging from the very current problems with the education system, as discussed in the previous article in this series to the practical implications of poverty faced by too many families and communities. Of the many factor contributing to this situation there are three that the Education Project is often confronted with.

One of the project’s strengths – its unique location – has revealed one of the country’s greatest weaknesses, which is the lack of affordable and reliable transport services for the great majority of students. The prohibitive cost of school trips for underprivileged communities that are usually far removed from the centre means that educational visits to museums and heritage sites, which actually offer unique opportunities for dynamic learning and original spaces for encountering South Africa’s history and culture, are considered an unaffordable luxury and a frivolous request in the face of the many school infrastructure problems the country faces.

This disregards the fact that physical (im)mobility is  a spatial poverty trap, not least because it hinders access to the cosmopolitan, eye-opening type of learning required to develop a culture of human rights and prepare citizens to lift this country from poverty by 2030, as the National Development Plan urges us to do.

One of the Education Project’s guiding values is language inclusivity.  Although our working language is English, communication often flows between learners and facilitators in a mix of languages. Interestingly, most of our facilitators have never read the Constitution in their first language, where the latter is not English. This is because the working language at universities and in workplaces is mostly English, but also because Constitutions in languages other than English have never been printed other than the generous initial batch of six million in 1996, when our facilitators had barely started primary school.

The Constitutional Court keeps a set of the 11 small Constitutions printed in 1996. Browsing through them, one wonders: do dignity/isithunzi/seriti/tshirunzi/sitfunti/menswaardigkeit or isidima all feel the same in young people’s hearts? Words have cultural meanings and resonances and are a powerful way to change behaviours – any decent songwriter knows this, so perhaps the key is to get rappers on board to take the message to their audience.

Indeed, it is not only a language issue: using the right medium to spread the Constitution matters. In our programmes we work with an e-generation, one which increasingly has access to online resources, such as the Constitutional Court website, which provides the text of the Constitution, in all the official languages. But think again: which teenager will spend their precious data bundle downloading the Constitution in its bulky PDF format? Perhaps counter-intuitively, a print copy is the best choice for a young audience, a physical object that one will, one day, pick up and read. We had great feedback the few times we were able to distribute hard copies of the Constitution at the end of our workshops, and while the Know your Constitution campaign will greatly help in scaling up the distribution, it is ultimately the government’s responsibility to extend this all-important access to all learners.

In addition to the text of the Constitution and perhaps more importantly, educators and learners need accessible support materials that can help them expand and animate the school curriculum. While materials are being developed, so far we have relied on very limited and irregular supplies of posters and booklets about different topic and from different sources. The Department of Education and the Department of Justice and Constitutional Development have certainly made an effort to produce educational materials, however due to poor planning there is no visibly consistent publication strategy or an underpinning constitutional literacy plan. Print runs are also very small for a country of nearly fifty million people. All organisations working in this area have the experience of knocking at each other’s doors to scrounge a few educational booklets. Presumably without realising the irony of the situation, a civil servant once asked us for money after he had provided us with a batch of materials on Constitutional principles (chief among those principles were good government and a public service ethos).

There are indeed many issues to address in order to ensure that the public in general, and the youth in particular, understands the values, principles and workings of our Constitutional Democracy. One of the points that the Know Your Constitution campaign is making is that no single organisation can embark alone on this mammoth task. Constitutional literacy is everyone’s responsibility, including the media, who are best placed to publicise high-profile court cases, such as the recent Teddy Bear Clinic judgment, about the criminalisation of consensual sexual conduct between children of certain ages, which was widely misunderstood by the learners, who could only recall the not always accurate media headlines.

In 1998, on his Freedom Day speech President Mandela called for us to celebrate “Constitution Week”:

“All of us should play our part in popularising this manifesto of our democracy in our work places, in our schools and universities, in our communities and in our homes.

In 2014, we will re-launch Constitution Week nationwide, hopefully this time with public funding and as part of a well-designed national constitutional literacy plan in which the government, civil society and citizens will participate. To my colleagues in this campaign and you, committed reader, I will repeat the words we quoted in the beginning of this article: “We have a Constitution we can be proud of, now let’s make it work.” DM

*The Know Your Constitution campaign is a coalition of civil society organisations united by our common belief in the importance of access to constitutions and constitutional literacy. It includes the Socio-Economic Rights Institute, the Constitutional Literacy and Service Initiative (CLASI), SECTION27, Constitution Hill Education Project (ConHillEdu), Afrika Tikkun, Black Sash, Lawyers Against Abuse, Sonke Gender Justice and Equal Education. We welcome new members. Follow our organisations on Facebook and Twitter and look out for our articles on the pages of the Daily Maverick in weeks to come.