JPMorgan says ‘Mea Culpa’ in $13 bn settlement with US government 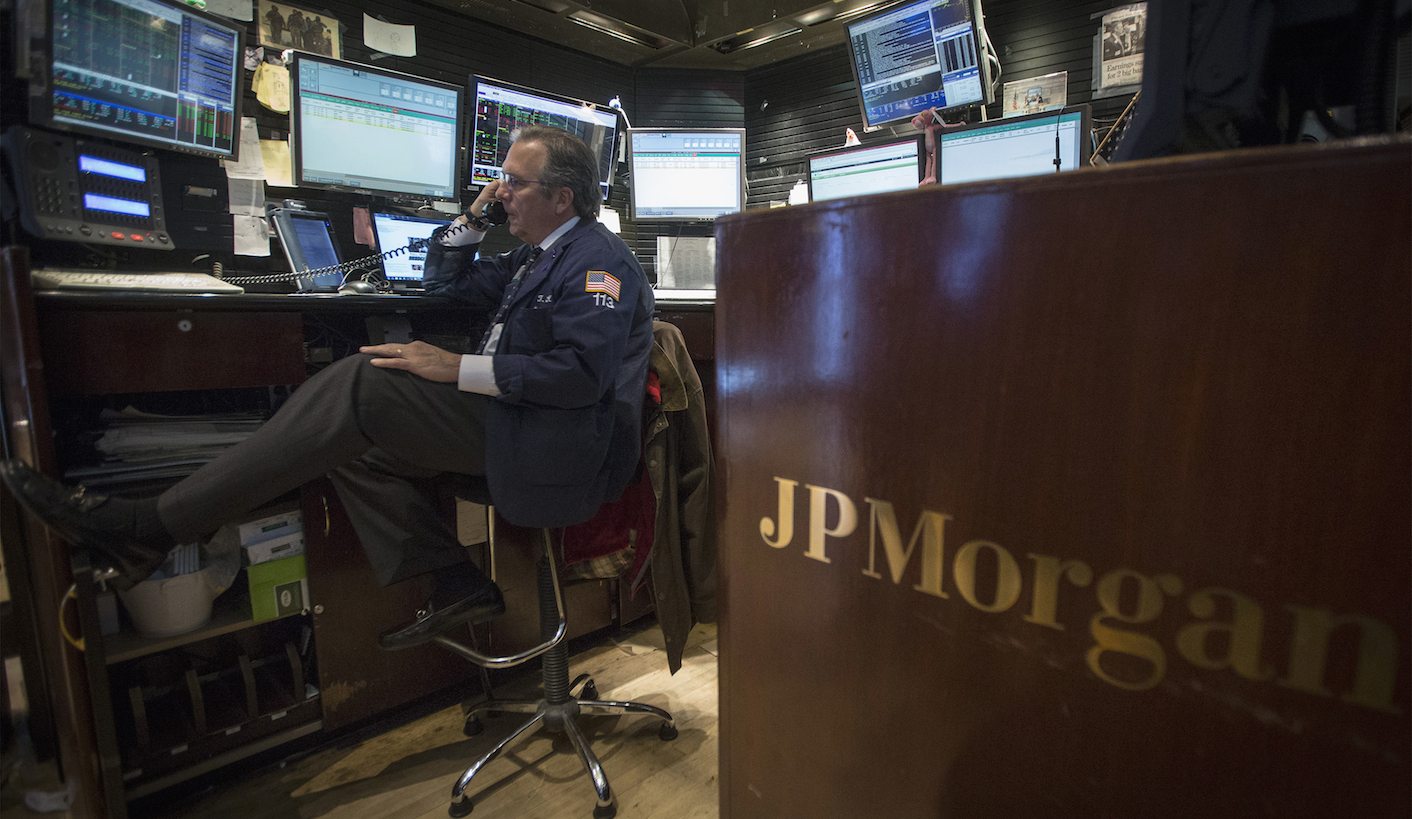 JPMorgan Chase & Co said it routinely overstated the quality of mortgages it was selling to investors, and it agreed to pay $13 billion to settle related charges with the US government, federal officials said. By ARUNA VISWANATHA, DAVID HENRY and KAREN FREIFELD

The behavior that the largest US bank admitted to, authorities said, is at the heart of what inflated the housing bubble: lenders making bad mortgages and selling them to investors who thought they were safe. When the loans started turning bad, investors lost faith in the banking system, and a housing crisis turned into a financial crisis.

The civil settlement marks the end of weeks of tense negotiations between JPMorgan Chase, which is looking to move past the legal issues that have plagued it for more than a year, and the US government, which is under pressure to hold banks accountable for behavior that led to the financial crisis.

JPMorgan said it has set aside all the funds it needs to cover the settlement, meaning the deal will have no impact on its earnings. The deal resolves most of its mortgage issues with federal authorities, the bank said. JPMorgan’s shares rose 0.7 percent to close at $56.15 on Tuesday.

But even after the settlement, the bank faces at least nine other government probes, covering everything from its hiring practices in China to whether it manipulated the Libor benchmark interest rate. It may still also face criminal charges linked to mortgage matters. The bank said last month it had set aside $23 billion to cover litigation expenses.

At issue in Tuesday’s settlement was the long chain of parties between the original mortgage lender and the ultimate investor in the loan. Often smaller lenders would make a mortgage loan, and sell it to a bank, which would package loans into bonds, and in turn sell them to investors. This chain allowed capital to flow to loans that arguably should never have been made.

“Without a doubt, the conduct uncovered in this investigation helped sow the seeds of the mortgage meltdown,” said US Attorney General Eric Holder in a statement.

The investors that bought these mortgage bonds demanded that the loans be of a particular quality. JPMorgan said the loans met the guidelines, but one of its employees said they did not, the bank admitted.

Due diligence firms that reviewed some of those loans for JPMorgan in 2006 and 2007 said that 27 percent of them did not meet underwriting guidelines, but the bank still packaged at least half of those into mortgage securities, the government said.

The government called the settlement the largest in US history, but the deal is really several rolled into one. It includes a $4 billion relief package with U.S. Department of Housing and Urban Development, and a $4 billion settlement with the Federal Housing Finance Agency, which oversees government mortgage financing companies Fannie Mae and Freddie Mac.

Of the $4 billion settlement with HUD, at least $1.5 billion will go toward loans the bank is forgiving. As much as $500 million will go to change the terms of loans to lower monthly payments.

The remaining $2 billion will be for assorted purposes, including new loans for low- and moderate-income borrowers in areas that have been hard-hit by the housing crisis and for demolition of abandoned homes.

JPMorgan and government agencies led by the Justice Department reached a tentative agreement in mid-October and have been hammering out details since then. New York Attorney General Eric Schneiderman was also involved in discussions.

The talks went sour, and government lawyers prepared to file a lawsuit against JPMorgan in September and scheduled a news conference to announce it. But they canceled it at the last minute as JPMorgan reached out to government officials to discuss a settlement. JPMorgan Chief Executive Jamie Dimon met US Attorney General Eric Holder later that month to talk about a deal on mortgage probes.

Negotiations were difficult, people involved in the matter said. Parties joined the talks, then dropped out. In recent weeks, they stopped, only to restart. Details of the deal were being worked out hours before it was announced on Tuesday, said one person involved.

The settlement is the most significant action to come out of a task force the Obama administration created in January 2012, years after the height of the financial crisis, to probe the packaging and sale of shoddy home loans.

Lawmakers and others have been critical of the administration’s failure to hold Wall Street banks, executives, and other parties accountable for the excesses that resulted in the housing crisis.

The task force included representatives from the Justice Department, the U.S. Securities and Exchange Commission, and the New York State Attorney General, among others.

The agencies worked together unusually closely on the lawsuits. The Justice Department sent more than a dozen subpoenas after announcing the working group, then investigators from the inspector general’s office at the regulator of Fannie Mae and Freddie Mac helped to build the cases. Meanwhile, US Attorneys offices around the country prepared the lawsuits and opened investigations into possible criminal acts.

Robert Hinkley and David Seide from the inspector general’s office of the Federal Housing Finance Agency, who had prior experience with capital markets and securities fraud cases, helped guide Assistant US Attorneys on where to look, and agents from that office’s investigations division conducted interviews.

The FHFA Inspector General’s office has around 25 of its 150 staff working on these cases, and has contributed to fund dozens of contract attorneys hired to scour the millions of documents banks have provided since last year.

“We did know how securities were sold to investors, why what investors were told wasn’t true, and how we could prove that securitizers knew it wasn’t true when they made offers to investors,” Hinkley said in an interview. DM

Photo: A trader works at the JP Morgan stall on the floor of the New York Stock Exchange, November 19, 2013. JPMorgan Chase & Co and US government officials have agreed on terms of a $4 billion consumer relief package that is to be part of a $13 billion deal to settle the bank’s liability to government agencies over mortgage securities. (REUTERS/Brendan McDermid)