Is Botswana quietly getting fracked? 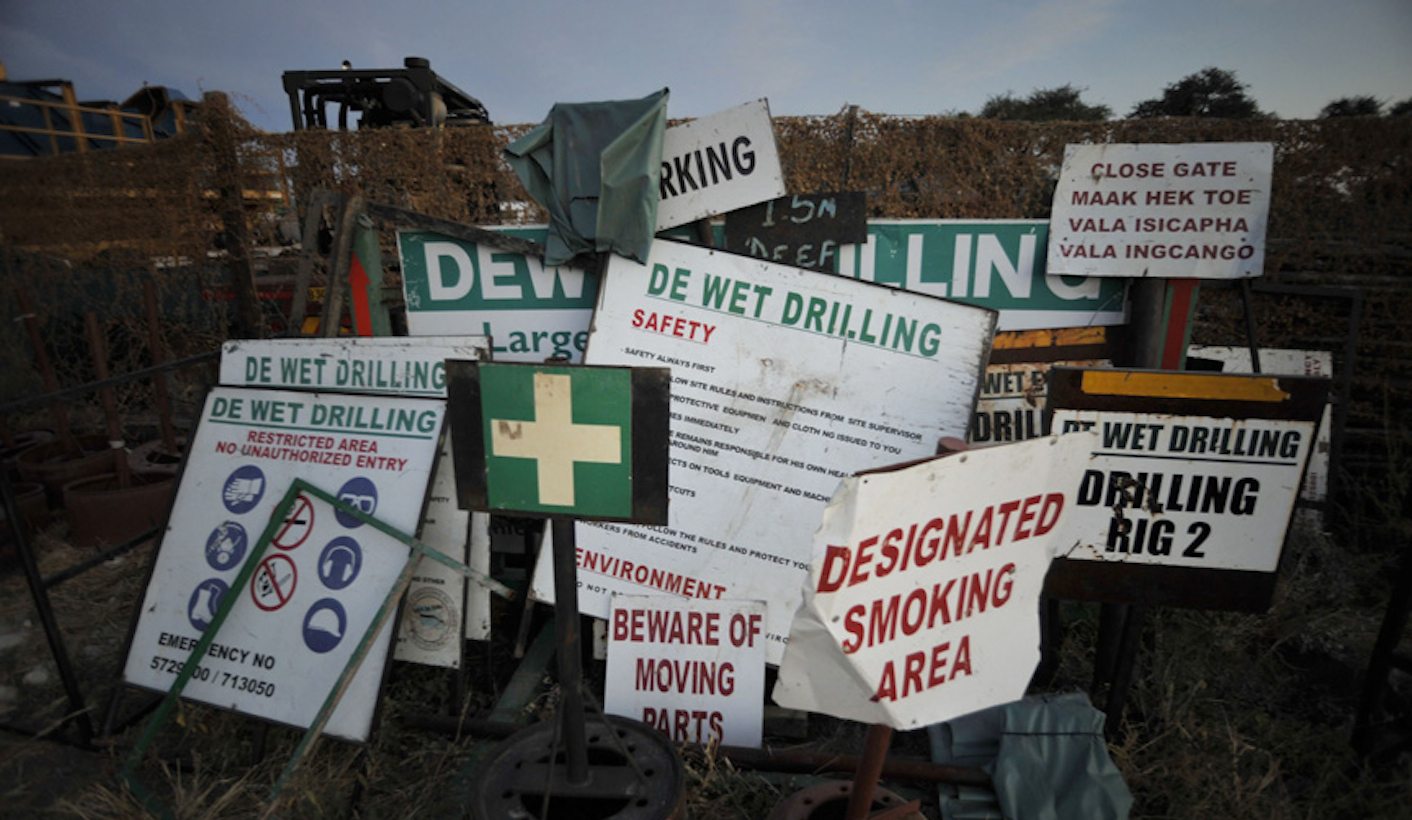 This week it emerged that Botswana has granted concessions to drill for natural gas over large tracts of land: an operation which, it’s claimed, is being carried out largely without public knowledge or consultation. The government of Botswana’s response has been confusing, to say the least. First it said it wasn’t allowing any fracking yet, only exploring. Then it admitted it had allowed certain “types” of fracking. The makers and funders of a new documentary on the subject say that in any case, it’s unacceptable that no public debate on the matter has happened before gas exploration started. By REBECCA DAVIS.

Filmmaker Jeffrey Barbee was shocked when he first realised the scale of gas operations in Botswana. A map on the government’s website indicating the distribution of concessions given to multinational energy companies reveals that a good chunk of the Central Kalahari Game Reserve (CKGR) is covered, and it appears that part of the Chobe National Park is too. Among the companies given permission to drill for coal bed methane are SASOL, Anglo American, Exxaro, Kalahari Energy and others.

These concessions fall on environmentally vital lands. The CKGR is the second-largest wildlife reserve in the world, as well as being the ancestral home of the San. The Chobe National Park is home to the world’s largest herd of migrating elephants.

“I was amazed that the whole project had gone ahead in such a widespread way,” Barbee told the Daily Maverick on Wednesday. “Everyone seemed surprised at my interest. When some realised I was a journalist they got very upset very quickly, and by and large no one had any idea what I was talking about regarding the dangers of this process.”

When Barbee spoke to journalists, community members, San activists and lawyers in Botswana, he found that the public was largely unaware that the gas exploration was taking place. “We have heard nothing,” a San rights advocate called Keikabile Mogodu told the Guardian. “We are in the dark.”

This week, the findings contained in Barbee’s film, The High Cost of Cheap Gas, were released, and have met with remarkably little fanfare thus far. Government spokesperson Jeff Ramsay admitted that “Coal bed methane is being prospected in the country”. He also said initially: “Environmental impact assessments and management plans are a legal requirement for all mining in our country.”

But Sasol’s unconventional gas development manager Steve Boden allegedly told the Guardian: “We weren’t required to do an environmental management plan for it but in our opinion it’s best practice that we do.”

The debate over fracking’s environmental damage has been explored repeatedly in these pages, but at the very least, many agree that there is uncertainty over its long-term consequences. Richard Lee, Communications Manager for the Open Society Initiative for Southern Africa (OSISA), which funded Barbee’s film, believes that the government of Botswana’s approach to the issue has been grossly remiss.

“Given the scale of the developments in Botswana and the controversy surrounding the potential effects of unconventional natural gas production in South Africa, Europe and the USA, the government in Gaborone had a clear duty to inform the people – particularly communities that are living in or near the concessions – about gas developments,” Lee told the Daily Maverick. “But they did not do it even though gas operations have been underway for years. The people of Botswana have the right to publicly debate issues of national importance like this and they have not had that opportunity.”

The Botswana government’s comments this week in response to the allegations have been somewhat Mac Maharaj-ish. A statement released by the Ministry of Minerals, Energy and Water Resources initially focused on the distinction between exploration and fracking. “There are currently no fracking operations going on in the country except exploration drilling by various exploration companies,” it said.

That’s not what Barbee has observed.

“I stood at a fracking operation, with pressure truck, chemical mixer, drill and water truck. All the trucks were older ones from the early days of drilling in the US,” he told the Daily Maverick. “It was such an odd feeling to be standing in the middle of the Botswana wilderness looking at an operation just like the ones in my valley in Colorado.”

A further indication that fracking is already taking place appears to be found on the website of Kalahari Energy, discussing its joint venture with Exxaro Coal Botswana. In an article dated 9 July 2010, it states: “This week Exxaro Coal Botswana commenced with the perforation and fracturing of their 5-spot wells which will take them until mid-September to complete. Expertise has been sought from the USA for this programme, which consists of perforating the well’s steel production casing with explosive charges followed by the fracturing of the coals with high pressure water, sand and chemicals.”

A screengrab of another article from Kalahari Energy’s website seen by the Daily Maverick, dated 15 August 2005, explains that water evaporation ponds are under construction. “Initially the ponds will be used to hold the water for hydraulic fracturing of the wells,” it states. Barbee’s film, which will be released next week, apparently contains shots of similar water collection pans now.

But then, late on Wednesday, the Botswana government suddenly seemed to change tack, sending out a different statement. It said it stood by its earlier statement that “there are currently no fracking operations going on in the country except exploration drilling”, repeating those words.

But then it added a little caveat: “No current operations have been given permission to conduct hydraulic fracking…Permission has, however, been given in some instances in the past for the use of industrial explosives in sub-surface fracturing, which some may view as a type of ‘fracking’.” The government also said that this year there has been “a significant decline” on prospecting concessions in the CKGR.

“The government’s claim that gas operations are still at the exploration stage is a smokescreen to cover up the fact that the story has come out,” Lee said. “One geologist told us that they had been flaring gas for two years in one location. Surely the government has a duty to inform people about that, even if it is only exploration?”

The government’s riposte is that all “processes and procedures involving mineral licensing” sit as public documents on its own website.

To date the government of Botswana has had a widely-praised track record on environmental issues and on the handling of its mineral resources. Botswana President Ian Khama was named a 2013 Global Visionary in October. At the time, the organisers put out a press release paying tribute to his government for “piloting pan-African efforts to monitor and safeguard water, minerals, and wildlife – all of which are crucial to future conservation efforts”. A year previously, Khama won a lifetime honorary membership of the International Union for the Conservation of Nature (IUCN) for his “life-long commitment to the environment”.

“This expose puts [the government’s] reputation at risk, since the authorities have been handing out concessions inside, and in the buffer zones alongside, globally renowned and biodiversity-rich parks,” Lee said. “The government needs to rapidly explain this contradiction to its own people and the international community.” DM