Yellen gets gentle questioning, even from Fed’s republican critics 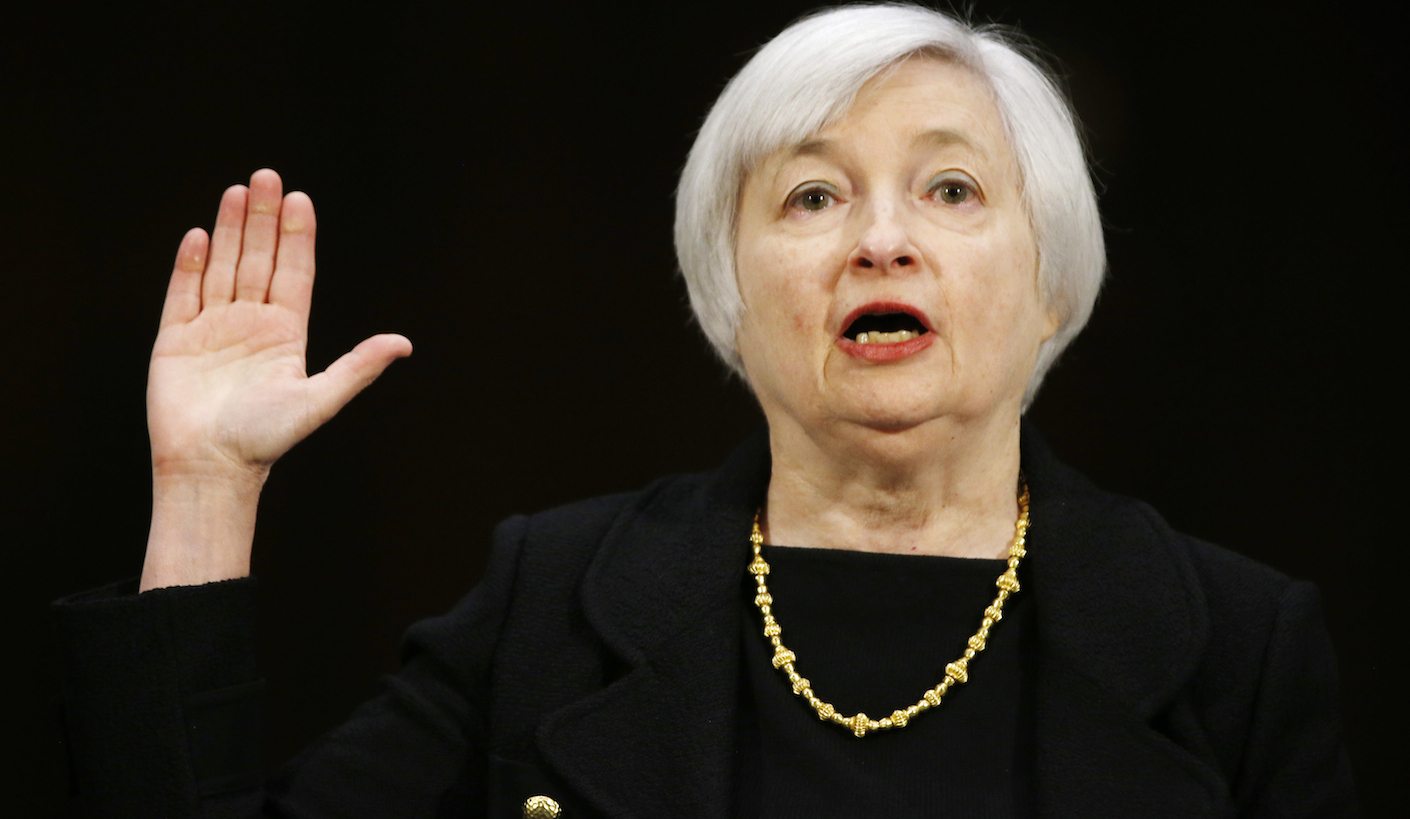 Janet Yellen's hopes of becoming the first woman to lead the Federal Reserve got a boost on Thursday when she sailed through her Senate confirmation hearing with only mild questioning from some of the Fed's fiercest Republican critics. By CAREN BOHAN

Yellen, the U.S. central bank’s current vice chair, brought a calm and confident demeanor to the Senate Banking Committee, where she was asked about the Fed’s massive economic stimulus program and how she would rein in banks seen as “too big to fail”.

One of the biggest risks she faced was the potential for a sharp exchange over the Fed’s easy-money policies that might further antagonize Senate Republicans.

But Republicans mostly held their fire.

Senator Bob Corker of Tennessee even paid a few compliments to Yellen, whom President Barack Obama nominated last month to succeed Ben Bernanke at the helm of the Fed when his term expires at the end of January.

Corker, who has been outspoken about his concerns about the Fed’s bond-buying program, or “quantitative easing,” noted that Yellen had voted to raise interest rates 27 times during her long tenure at the Fed.

“I thought that was just good to get into the record,” Corker said.

The comment was a signal that he recognized that she was not simply interested in printing money.   Several Republicans did express fear the Fed’s monetary easing might be sowing the seeds for the next crisis by creating bubbles in the stock and housing markets, with Mike Johanns of Nebraska worrying the economy was experiencing a “sugar high.”

Yellen tried to placate those worries by assuring the senators the Fed was keeping a close eye on the risks of its policies, and she said she did not see signs of bubbles in either stock or real estate prices.

One of the most pointed moments came when Pat Toomey of Pennsylvania spoke of the risks of financial instability once the Fed’s eventual exit from its stimulus program takes place.

“What happens when this morphine drip starts to end?” Toomey asked.

The Fed, which has held interest rates near zero since late 2008, has quadrupled its balance sheet to $3.9 trillion through three massive bond-buying programs. It is current purchasing $85 billion in Treasury and mortgage-backed debt each month.

An intense debate about the problems plaguing Obama’s signature health law has consumed Capitol Hill this week. That may have helped lower the temperature of Yellen’s hearing.

Tony Volpon, an analyst with Nomura Securities International in New York, said the lack of aggressive questioning from Republicans didn’t seem to point to “a difficult or contentious nominating process.”

While the relatively tranquil hearing increased the likelihood that Yellen will ultimately be confirmed by the Senate, she does face some more hurdles.

If the banking committee, which Democrats control 12-10, approves Yellen’s candidacy, as expected, the full Senate would then take it up.

Republican Senator Rand Paul of Kentucky has threatened to hold up the nomination unless the Senate’s Democratic leaders agree to a vote on his bill calling for an ‘audit,’ or review, of the Fed’s monetary policy decisions.

But Paul and several other Republicans have said they believe the Senate will ultimately confirm Yellen, and she will likely only need to win the votes of five Republicans to overcome the procedural hurdle Paul may throw in her way.

Most Democrats on the committee sought to counter the Republican comments about the risks of easy money by saying the stimulus is needed because the economy remains sluggish and the jobs market is still far from robust.

Massachusetts Senator Elizabeth Warren, a Democrat and staunch advocate of tighter Wall Street regulation, sought Yellen’s assurances that the Fed had absorbed the lessons from the 2007-2009 financial crisis about the need for vigilance.

When Yellen acknowledged lapses in financial oversight, Warren thanked her and said she hoped she would be confirmed. Charles Schumer of New York, the No. 3 Senate Democrat, was one of several Democrats who urged Yellen to be mindful of the problem of stagnating middle-class incomes and economic inequality.

He also chimed in with a comment about their shared Brooklyn roots. “I think you’ll make a great chair, and your Brooklyn wisdom shines through,” Schumer said.DM