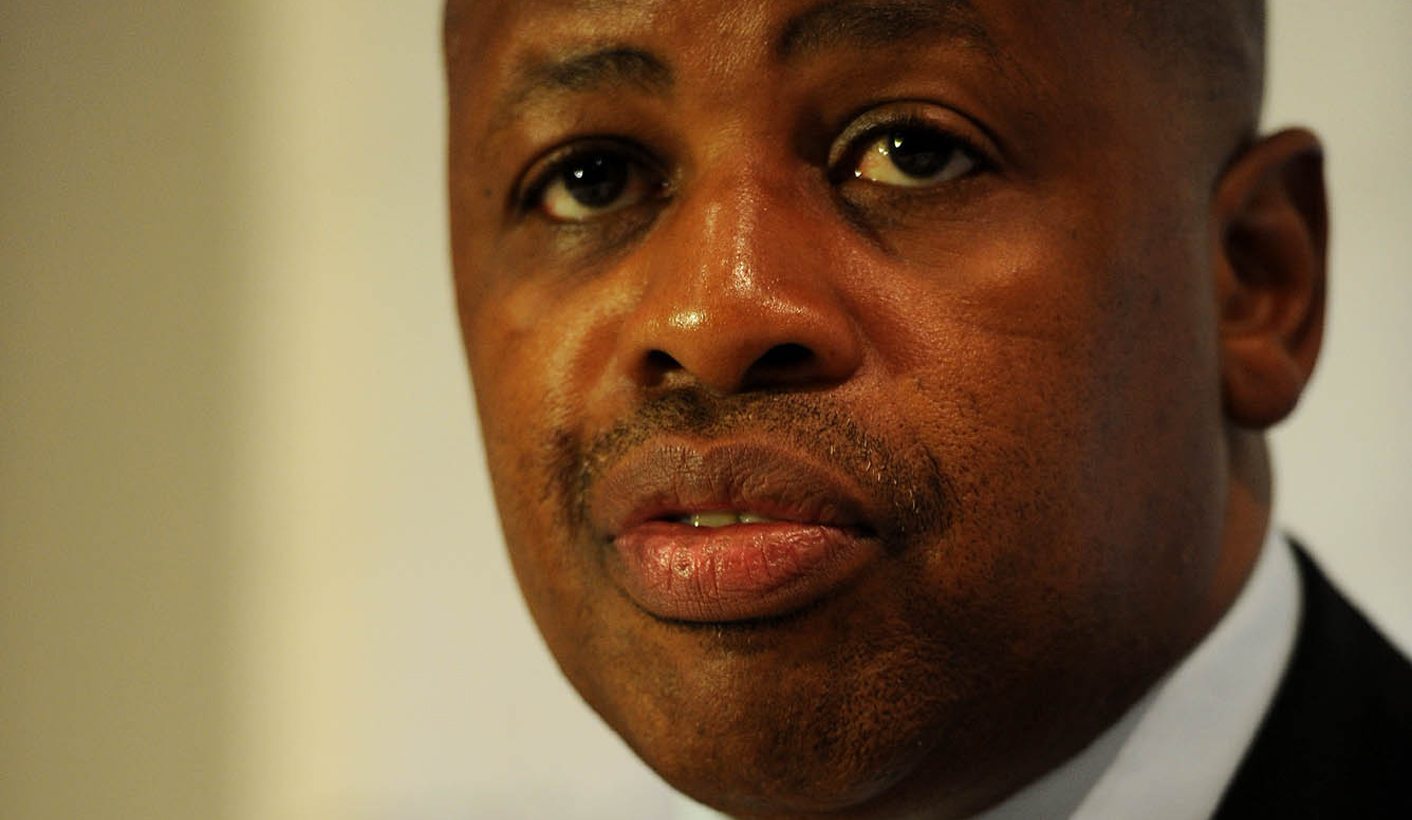 Your approach to the 2012/2013 audit outcomes of government departments and public entities is likely to be determined by whether you’re a glass half-full type of person. If you are, you’ll focus on the “slight but welcome improvement”, as Auditor-General Terence Nombembe did on Wednesday. If you’re not, you may find it hard to ignore the more worrying signals: that the government has spent about R30.8 billion irregularly in various ways over the last year, and that the critical departments of Health, Education and Public Works are particular trouble-spots. By REBECCA DAVIS.

Outgoing Auditor-General Terence Nombembe is one of those independent figures with an eye on government who, like Thuli Madonsela, is widely respected. Within government he appears to be better liked than Madonsela, at least judging by the plethora of senior figures who lined up at his farewell dinner earlier this month to pay tribute to his work. Perhaps that’s because Nombembe hasn’t seemed to rock the boat very much: in a recent interview with Business Report he defended the high salaries of senior public servants and described the deployment of under-performing ANC cadres into the public service as “the nature of politics”.

Nonetheless, Nombembe leaves the one and only term he is permitted to serve as Auditor-General with his head held high. “There can be few office bearers who are so universally admired across the political spectrum,” the M&G wrote in an editorial earlier this month. “He is, indeed, the very model of what a conscientious civil servant in a modern democratic state should be”.

But there’s a limit to what even the most conscientious civil servant can achieve in a watchdog role, especially when there appears to be few repercussions for transgressors. Nombembe has previously expressed concern about the lack of state response to his reports. At Wednesday’s media briefing it was pointed out that no public officials found guilty of flouting the law appear to have been successfully prosecuted, to which Public Service and Administration Minister Lindiwe Sisulu responded that the government was working on ways to close this “loophole”.

Perhaps this sense of a consequence-free environment is why the improvement in audit outcomes has only been minor between 2011/2012 and 2012/2013. The latest report shows 105 clean audits in total: 24 departments and 81 public entities. The problem is that there are 450 in total, with 26 outstanding audits. That means just 22% received a clean audit, which is an improvement on last year’s 17%, but it suggests that progress is painfully slow.

There is a particular problem within the Education, Health and Public Works departments. (Public Works, incidentally, is obviously the government department fingered for the Nkandla expenditure, but there’s no explicit mention of Nkandla within the report.) 57% of these three departments’ financial statements received qualified audits, whereas only 17% of the other departments’ financial statements were qualified. What makes this doubly problematic, as the report points out, is that Education, Health and Public Works make up almost 80% of the spending by departments.

“These sectors receive the biggest portion of the budget and are responsible for implementing key programmes to improve the health and welfare of the citizens,” the report notes. “Their poor audit performance should receive urgent attention from all role players.”

So what’s going wrong in these departments in particular? Within Public Works, the report points to supply chain management, with irregular expenditure being at an “unacceptable” level. There’s also an issue to do with human resource management, whereby vacant posts are still not being filled by suitably qualified candidates. Another major root cause of problems is identified as being the “lack of consequences for poor performance and transgressions”. The report suggested, among other measures, that parliament’s portfolio committee needs to step up its oversight of the department.

Basic Education Minister Angie Motshekga doesn’t come off gloriously when her department is placed under the AG’s spotlight. A “lack of effective oversight, monitoring and evaluation by leadership” is highlighted as a vital cause of poor audit outcomes. The report notes that the audit was delayed at the request of the minister to allow management to correct “several account balances” that negatively impacted on the audit outcome. Despite this, “not all of the commitments previously made by the minister were implemented due to a lack of follow-up and implementation of action plans”, particularly around performance reporting and risk assessment.

Higher Education also came in for a drubbing, having undergone a regression in audit outcomes. The report sternly observes that Minister Blade Nzimande met with the AG’s office three times over the past year “and these interactions had minimal impact on the audit outcomes”. Ineffective leadership, incompetent officials and, again, a lack of consequences for transgressions were pointed to as causes.

When it comes to the Health department, it was noted that the quality of financial statements submitted by the department had regressed. There were also supply chain management issues, particularly to do with department employees taking up paid work outside their employment without permission. The relevant parliamentary portfolio committee was again singled out as supplying insufficient oversight.

The ministerial portfolio which received the cleanest audit was Social Development, under the stewardship of Bathabile Dlamini. The report commended the department for a marked improvement, saying that leadership controls and financial and performance management had all been tightened.

The aspect of the report which is likely to get most airplay, and attract the most dramatic headlines, is the manner in which government is spending money. AG classifies three types of government spending as problematic. First, there’s unauthorised expenditure, which means expenditure “not made in accordance with the approved budget”. Education and Health together accounted for 68% of the R2.284 billion in unauthorized expenditure over 2012/2013.

The second type is irregular expenditure, which is spending “not incurred in the manner prescribed by legislation” – although, the report is at pains to note, this doesn’t necessarily mean it was fraudulent or wasteful. Irregular expenditure over the past year is marginally down, at R26.379 billion in total.

The third category is the most egregious: fruitless and wasteful expenditure, which was “made in vain and could have been avoided had reasonable care been taken”. It’s really worrying that this is up dramatically from the previous year, now at R2.133 billion.

Another worrying aspect is the amount of backsliding in audit outcomes. It’s clearly not the case that when a government department or public entity gets a clean audit one year, they’re then set on a clear path to go forward and do likewise forever. Although 96 improved their performance, 61 regressed.

“If all the auditees that achieved clean audit opinions in 2011/2012 had maintained these outcomes…South Africa would be celebrating a picture of even brighter audit outcomes today”, the AG’s media summary chirpily suggested.

Nombembe has repeatedly stressed the importance of leadership, and called on top officials to lead by example. The report states that ministers and MECs are “well placed to bring about improvements in the audit outcomes by becoming more actively involved in key governance matters”. But this is quite clearly not happening to the desired extent yet – or, in the euphemistic terms of the report, “executive authorities are not yet providing the required level of assurance”. The report calls on ministers and MECs to keep meeting with the AG’s office regularly, pointing to a link between improvement in outcomes and frequency of communication.

The AG’s report may make for dry reading, but it’s vitally important because, as it reminds us, the AG is “the only institution that, by law, has to audit and report on how government is spending taxpayers’ money”. Judging by the latest report, there’s still a mighty long way to go in that regard. DM