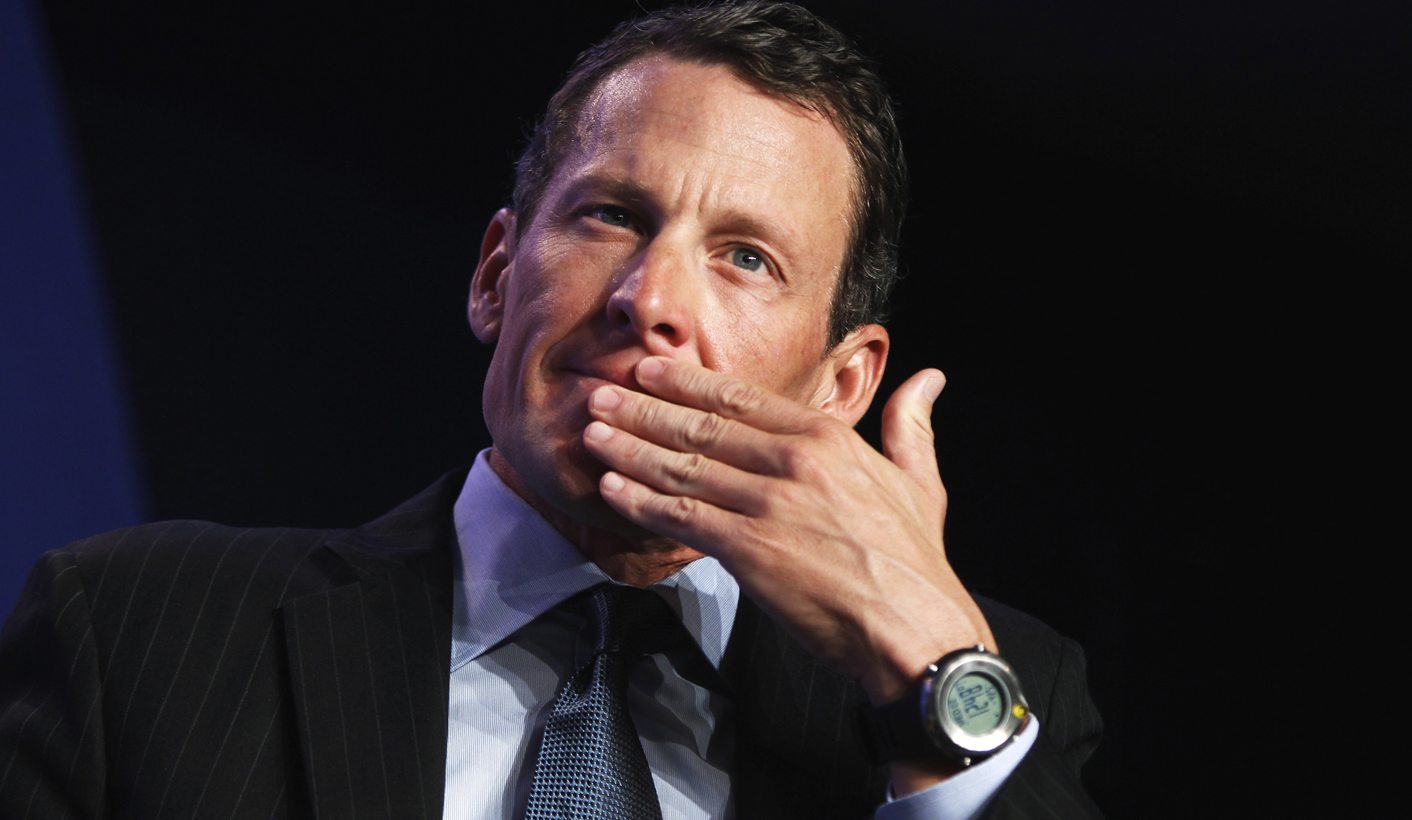 JOHANNESBURG, Nov 12 - Only American anti-doping authorities can lift Lance Armstrong's life ban from cycling and any review of his case would require powerful reasons, World Anti Doping Agency (WADA) president John Fahey said on Tuesday, adding that he felt the issue was "done and dusted". By Mark Gleeson

“The only ones who can reopen (it), and it would have be a damn good reason, is USADA (U.S. Anti-Doping Agency). We (WADA) can’t, no-one else can, UCI (cycling’s international controlling body) can’t,” Fahey told a news conference before the opening of the World Conference on Doping in Sport.

“If he wants to have his actions looked at, then that’s a matter for USADA and it would have to be an extraordinarily powerful reason as I would see it.

“To my knowledge, and I didn’t see his recent comment, but to my knowledge there has been no move to say I want to give substantial assistance in the understanding if I talk to you, you might open the case again and reconsider the life ban.

“Will it happen? I have no idea. Time marches on, you have to wonder with time just how valuable the information is that he may have or may not have.”

American Armstrong, who was stripped of his record seven Tour de France titles last year after a USADA investigation, said on Monday he would testify with “100 percent transparency and honesty” at an independent inquiry into doping in the sport and wanted to be treated justly in return.

Fahey, however, said Armstrong had been fairly punished.

“Armstrong did what he did, we all know what that is. He did not co-operate, he did not defend the charges that USADA put out there last year and he was dealt with in a proper process and the recent decisions released by USADA were irrefutable.

“Now, does he wish to come and indicate to the world what he knows, not only about himself but about others? I don’t know what’s behind it.”

Fahey, who will be replaced by International Olympic Committee (IOC) vice president Craig Reedie at the end of the three-day conference, also said he felt Jamaica had “dropped the ball” in their drug testing but that WADA were seeking to get their system back in place.

“There’s a recognition in Jamaica that they have to do a whole lot better and they have to beef up their programme and skill set. WADA will give them every assistance there,” he added.