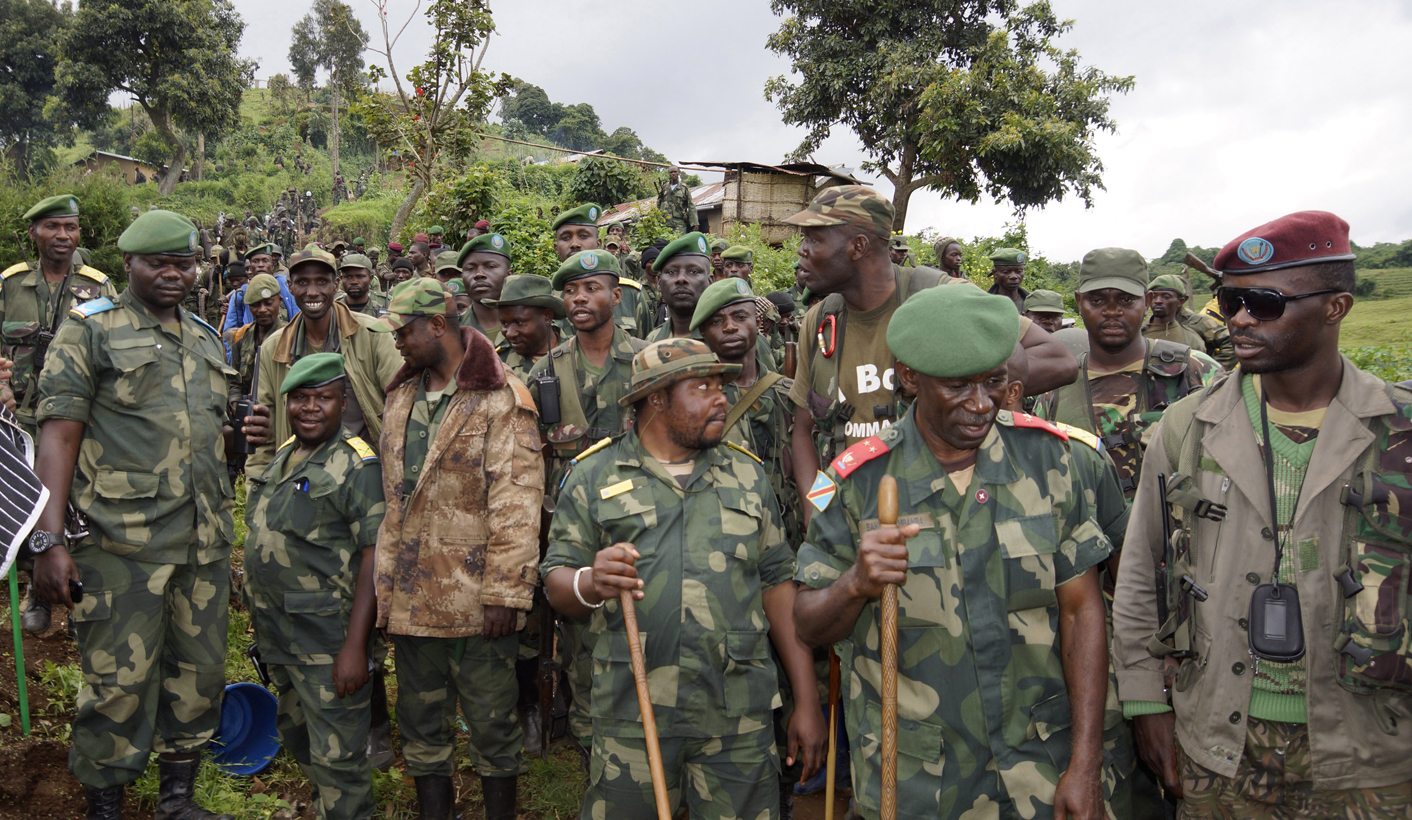 A ceremony to formally end Congo's bloodiest conflict in a decade was delayed on Monday by an 11th-hour spat between the government and M23 rebels over whether the document should be entitled a peace agreement or a vaguer declaration. By Elias Biryabarema and Richard Lough.

M23 gave up their 20-month insurgency last week after the Democratic Republic of Congo’s army, backed by a U.N. force, routed them from their last hilltop hideouts along the eastern border with Rwanda and Uganda.

But other rebels still roam the vast country and stability remains a distant prospect in a region with great underground deposits of gold, diamonds and other precious minerals.

The deal between the Kinshasa government and M23 was due to be signed in the Ugandan city of Entebbe at 6 p.m. (1500 GMT) but suddenly delayed, with no one knowing whether the hold-up would last for hours or days.

“The stumbling point is the parties cannot agree on whether they are signing a peace agreement or a declaration. They agree on the content, but not the title. The Congolese government says it came here to sign a declaration,” Ugandan junior foreign affairs minister Okello Oryem told Reuters.

Ugandan government spokesman Ofwono Opondo later said “there’s no deal tonight”, but could not say when it would happen.

Congo government spokesman Lambert Mende said Kinshasa was willing to sign a document but not one called a peace deal. “It’s as if M23 still exists, it’s as if it is legitimating them despite them being a negative force,” he said.

“We are ready to sign a declaration of engagement between the government and former members of the rebel group known as M23,” he said in Kinshasa. Bertrand Bisimwa, the head of the M23 political wing, declined to comment.

Ugandan President Yoweri Museveni and envoys from the African Union and M23 and Western diplomats waited for over two hours at the venue for the ceremony to start but the Congolese government delegation did not enter the room, he said.

M23’s rebellion had at times risked sucking Congo’s neighbours into a wider conflict. United Nations experts documented evidence that Rwanda and Uganda had supported the rebels, straining relations with Kinshasa. Both Kigali and Kampala repeatedly denied the allegations.

The accord will address issues such as amnesty – for the act of rebellion, though not for crimes against humanity – and also allows reintegration of vetted rebels into the army.

“We have said it should be a document that focuses on ending the rebellion, not settling all the problems between Congo, Rwanda and Uganda,” one senior diplomat said.

“For acts of rebellion, the DRC government is ready to offer amnesty. But there is no amnesty for major war crimes.”

That will almost certainly mean no amnesty for the M23’s military commander, Sultani Makenga, who fled across the border and is now being held in Uganda, which has been trying with international support to mediate an end to the fighting.

The deal will also address disarmament and demobilisation of the rebels.

But analysts are sceptical there will be sustained peace in a region devastated by two decades of conflict that has killed millions and left millions more destitute.

“I don’t think there is a track record in the DRC of these sort of issues being resolved,” said Brian Dlamini, a country risk analyst for Rand Merchant Bank in South Africa. “The DRC is a country of many countries.”

Kinshasa has limited ability to exert its authority over one of Africa’s biggest nations. There is no tarmac road connecting the capital to the main eastern town of Goma.

At the United Nations in New York, diplomats have indicated that the U.N. force MONUSCO will now help Congo’s army against other armed groups, especially Rwandan Hutu FDLR rebels. DM

Photo: Congolese soldiers gather for a military briefing after M23 rebel fighters surrendered, in Chanzo village in the Rutshuru territory near the eastern town of Goma November 5, 2013. REUTERS/Kenny Katombe