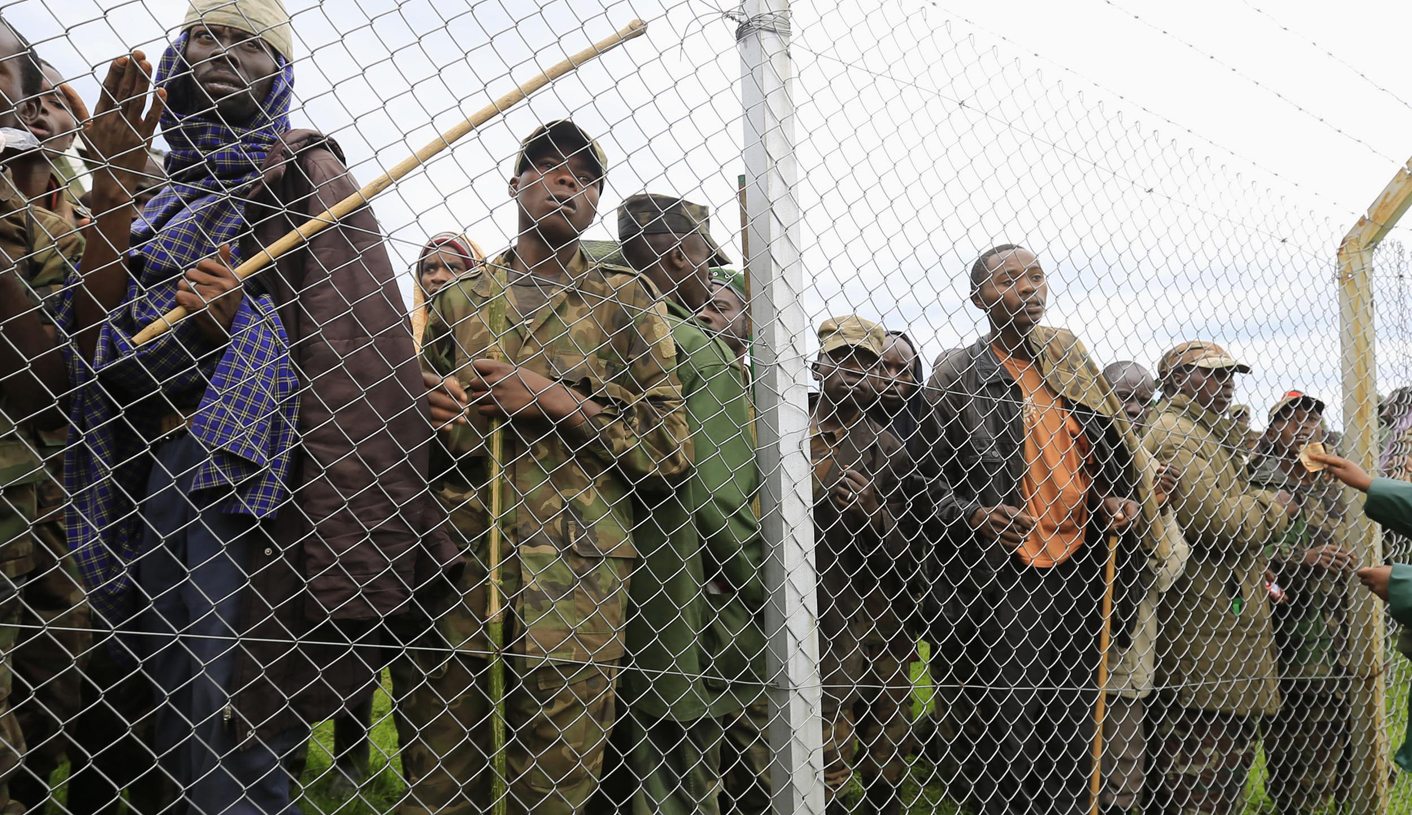 Congo and defeated M23 rebels are to sign a peace deal on Monday to end a 20-month revolt in the east of the vast African nation, where other militias still roam and millions are destitute despite great mineral wealth. By Elias Biryabarema.

The rebels, who accuse Kinshasa of reneging on an earlier deal with another movement of ethnic Tutsis, gave up their insurrection last week after the Democratic Republic of Congo’s army backed by a U.N. force routed them from their hideouts.

The M23’s military commander, Sultani Makenga, fled and is now being held in neighbouring Uganda, which has been trying with international support to mediate an end to the fighting.

The peace deal is to be signed in Uganda’s capital Kampala.

Makenga’s surrender is a major achievement for Congo as it struggles to impose order and a vindication for the world powers which backed a U.N. force of African troops that was given a strong mandate to intervene to try to break a bloody deadlock.

But analysts are sceptical there will be sustained peace in an area devastated by two decades of conflict that has killed millions and left others in grinding poverty despite underground deposits of gold, diamonds and other valuable minerals.

“I don’t think there is a track record in the DRC of these sort of issues being resolved,” said Brian Dlamini, a country risk analyst for Rand Merchant Bank in South Africa.

“The DRC is a country of many countries,” he said.

Kinshasa has limited ability to exert its authority over one of Africa’s biggest nations. There is no tarmac road connecting the capital to the main eastern town of Goma.

Signalling broad international support for a deal, a Ugandan official said Monday’s signing would be attended by representatives from the African Union and the United Nations.

But regional rivalries could still unsettle any shaky peace.

U.N. experts, the United States and others have long accused Rwanda of backing the M23, despite Kigali’s vigorous denials. Aid cuts and other pressure from donors were seen as one reason why Rwanda may have backed off from trying to rescue the M23 when the U.N.-backed Congolese army closed in, analysts say.

But a regional diplomat, in remarks widely echoed, said neighbouring Rwanda would not easily abandon interests in east Congo, which it says is still a haven for Hutu rebels behind Rwanda’s 1994 genocide that killed Tutsis and moderate Hutus.

“It’s just vital for Rwanda to have influence there. If not with Makenga then with someone else,” the diplomat said, although he said the costs of backing M23 had become too high.

At the United Nations in New York, diplomats have indicated that the U.N. force MONUSCO will now help Congo’s army against other armed groups, especially the Rwandan Hutu FDLR rebels.

“I think the FDLR are very clearly understanding that either they surrender or there will be armed action against them,” Mary Robinson, the U.N. special envoy to the Great Lakes region, told Reuters in the Ethiopian capital on Sunday.

“That is a new reality for them to face,” she said.

She said some other smaller armed groups had already indicated to MONUSCO that they were now ready to make peace.

“The hope is that if you eliminate the larger groups, the others will see the writing on the wall,” U.S. special envoy to the Great Lakes, Russ Feingold, said in South Africa last week.

He said an “appropriate amnesty” for fighters would make it more difficult to reconstitute the M23, although he said there should be no impunity for rebels accused of “serious crimes”. DM

Photo: Congolese M23 rebel fighters gather inside an enclosure after surrendering to Uganda’s government at Rugwerero village in Kisoro district, 489km (293 miles) west from Uganda capital Kampala November 8, 2013. Uganda is holding the military commander of Congo’s defeated M23 rebel movement after he surrendered, a Ugandan officer said on Thursday, as relief at the end of his rebellion was tempered by concerns about other armed groups. REUTERS/JamesAkena